700 farmers take to the fields to begin pea drilling season

Thanks to the mild and dry weather conditions the UK has been enjoying recently, the annual British pea production has begun, allowing around 700 farmers to take to the fields to officially begin the drilling season. 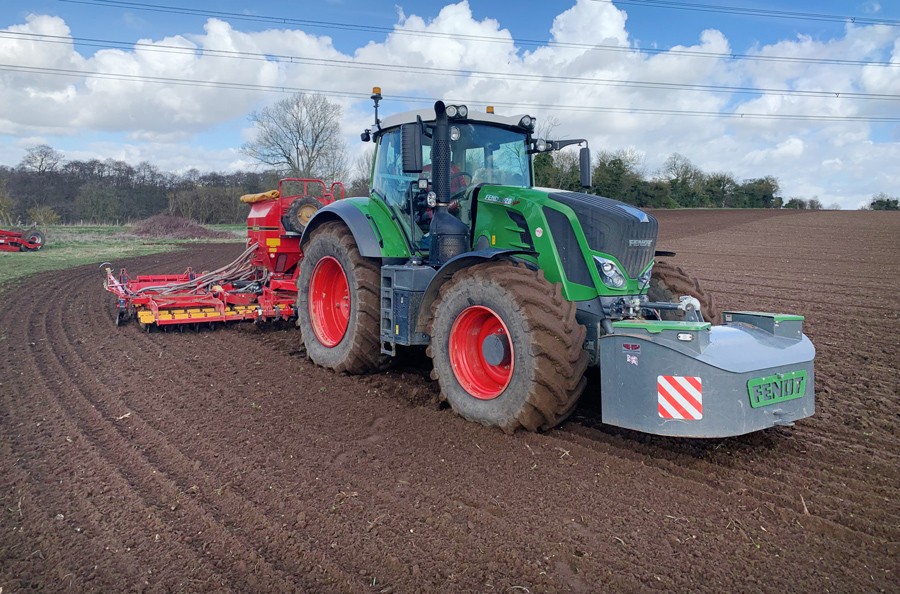 Thanks to the mild and dry weather conditions the UK has been enjoying recently, the annual British pea production has begun, allowing around 700 farmers to take to the fields to officially begin the drilling season.

In what is set to be seen as a Great British effort, seed producers, growers, harvesting machinery companies and freezers up and down the country are working tirelessly to ensure the UK continues to remain the largest producer and consumer of frozen peas in Europe, with Brits eating an average 9,000 peas per person every year.

Over the next two to three months, around 35,000 hectares – equivalent to about 70,000 football pitches – of pea crops will be carefully monitored as temperatures begin to rise and the plants start to grow, ready for harvesting and freezing in June, all the way through to August.

Russell Corfield, one of the UK’s pea growers, explains: “No day is ever the same. We must plan the drilling carefully, field by field, so that the peas’ ripening is staggered as evenly as possible throughout the harvest. If peas get too ripe, they can’t be frozen at harvest, so we need to make sure they’re processed as soon as the pod goes pop!

“It will get increasingly busy for the industry leading up to the harvest season in the summer when we run our pea harvesters for 24 hours a day – it’s like running a military operation! One day you can be on top of your game and then the weather turns and you’re fighting the battle.

“Now more than ever there has never been a more pressing time to ensure we have a successful harvest and will be continuing to work hard to fill our supermarket freezers with Great British peas.”

Coral Russell, Crop Associations Manager at the British Growers Association, which runs the Yes Peas! campaign, explains: “British farmers are proudly recognised for their expertise when it comes to producing high quality peas, with the peas on our plate being the culmination of over four months’ hard work. Britain is 90% self-sufficient in pea production, meaning nearly all of peas in supermarket freezers going into your trolley or online order are most likely grown by British farmers on a British farm, to the superior quality and flavour which we know and love.”

The harvesting process, which lasts an average eight weeks, is a military operation which takes place between June through to August, 24 hours a day, 7 days a week, harvesting machines, known as viners, work in unison to harvest, shell and transport the peas from field to frozen as quickly as possible with the majority in just 150 minutes.

The expensive machinery and exact precision required during harvesting requires industry to work together to get peas from field to freezer as quickly as possible. There are 17 farmer groups up the east coast of the UK, from Essex to North of Dundee, and nearly half of these are co-operatives. The east facing seaboard and maritime climate is the perfect environment growing superior quality peas.