Act now to prevent lungworm ahead of turnout, vet says

Preventing lungworm outbreaks this grazing season must be made a priority ahead of turnout, says MSD Animal Health veterinary adviser Dr Kat Baxter-Smith. 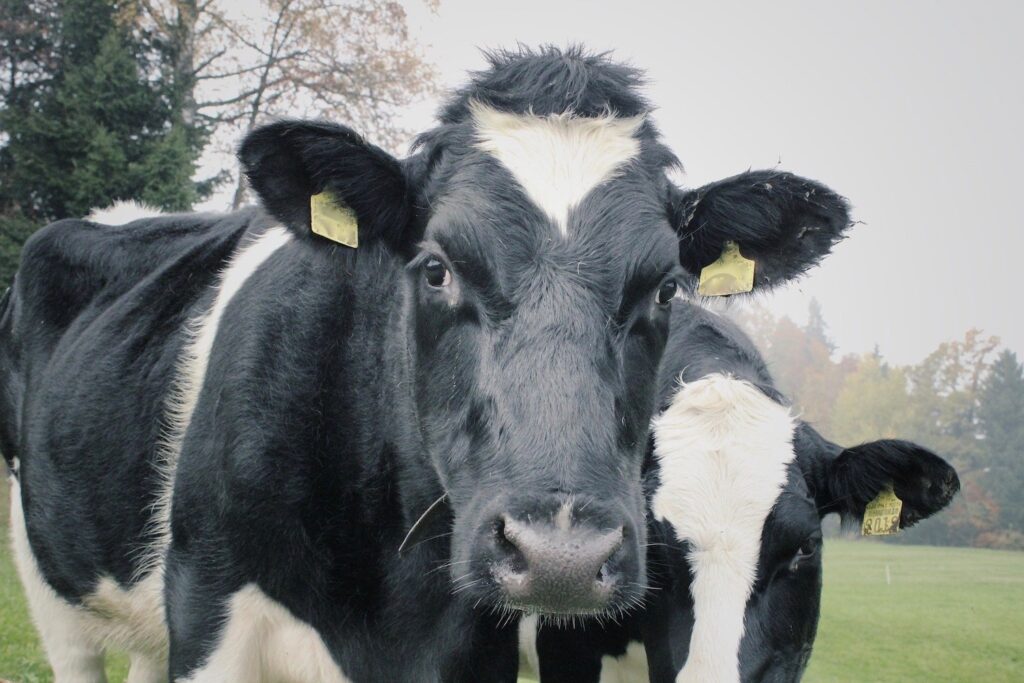 “A change in grazing patterns and weather conditions has had a drastic impact on lungworm infections throughout the entire UK,” explains Dr Baxter-Smith. “Not only is this causing beef and dairy producers excessive costs due to loss of production and treatment, but it is also leading to secondary health issues.”

Below, Dr Baxter-Smith outlines things producers need to know about lungworm and lungworm prevention ahead of spring turnout.

1. It isn’t just a youngstock disease

Historically, lungworm infection has been thought of as a youngstock disease. However, a dependency on preventative wormers combined with extended grazing periods has led to an increase in outbreaks in adult herds.

“Cattle can build natural immunity against lungworm when their immune system is boosted to fight off initial infection and regular exposure is maintained,” explains Dr Baxter-Smith. “The use of long-acting anthelmintics that have a limited window of protection during longer grazing periods inhibited cattle from maintaining natural immunity, leaving them vulnerable when the wormers wear off.”

2. Infections are increasing and becoming more prevalent in the north

Research from the University of Liverpool shows a 10-fold increase in lungworm infections since the mid-1990s – particularly in Scotland and northern England.

Between 2018 and 2019 grazing seasons, cases diagnosed and reported to the GB Veterinary Investigations Diagnosis network were up by 44 per cent throughout the entire UK. Scotland alone reported a 58 per cent increase in lungworm cases, while England and Wales both saw a 37 per cent increase.

In beef herds, an outbreak costs an average of £50-100 per head in growing cattle.

Per adult cow in a dairy herd, the overall cost of an incident of lungworm is conservatively estimated at £140. Decreases in milk production – estimated at 4kg per cow per day, takes up 50 per cent of the costs, with the other half of costs adding up in laboratory fees, treatments, extra inseminations and the disposal of dead animals.

4.…and can lead to secondary health issues

The damaging knock-on effect lungworm has is known to reduce feed intake, cause weight loss and drop milk yields. This weakening of the immune system also opens the doors to secondary bacterial infections, like pneumonia, caused by lung damage and inflammation, mastitis, low fertility and lameness.

5. Vaccination works with the lungworm lifecycle to build natural immunity

When lungworm larvae are ingested by cattle grazing contaminated fields, they migrate from the gut to the lungs where they begin to lay eggs. Eggs are coughed up and swallowed by the animal, and then passed through the digestive system. Adult females are very fertile and will lay thousands of eggs, so the population can multiply quite rapidly.

“Because of this, cattle may develop a slight cough temporarily shortly after vaccination Since the larvae are irradiated, they can’t fully develop which allows the animal’s immune system to react and remove the larvae whilst developing immunity, to protect them through the grazing season,” says Dr Baxter-Smith.

6. Vaccination needs to be timed with turnout dates

Bovilis Huskvac is suitable for healthy cattle at least eight weeks of age or older and can be used on pregnant animals. Any routine wormers should not be given until two weeks following the second dose to allow immunity to develop.

7. Regular exposure to lungworm is needed to maintain immunity from the vaccine

If cattle are given regular exposure to paddocks known to have a low level of lungworm infection, immunity from the vaccine will be maintained since the immune system will continue to react.

“Maintaining regular exposure can be tricky if cattle are moved to a different farm or pasture that may not be infected, or if brought in for winter housing,” says Dr Baxter-Smith. “Lack of exposure can lead to drop off of immunity, making an infection more likely once exposure is picked up again. This is easily mitigated by giving a single booster dose in subsequent years to allow for immunity to rebuild prior to turnout.”

8. If using anthelmictics: use responsibly and consider withdrawal periods

According to Dr Baxter-Smith, anthelmintics should be used responsibly and only when necessary based on faecal egg counts and in line with a farm plan created by a farm’s health adviser to avoid potential resistance issues.

“These products have a place on farm and must be used responsibly so they can continue to be an effective option in the future,” she says. “Vaccinating cattle to prime their immune system to naturally fight off lungworm infection is the best option to prevent an outbreak and to safeguard anthelmintics.”

If anthelmentics are recommended by a health advisor, farmers need to be aware of the varying meat and milk withdrawal periods that must be carefully managed.

“Depending on the product, a pour-on wormer will only provide 28-45 days of protection – 15-35 days of which may have a meat withdrawal. An injectable may provide 14-35 days of protection but can come with meat withdrawals upwards of 108 days and milk withdrawals for human consumption up to 80 days,” explains Dr Baxter-Smith. “Effectiveness of these products are also dependent on the correct dosage and worm burden, further increasing the level of management required to use them responsibly.” 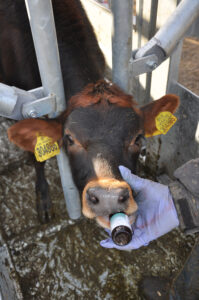 9. Vaccination helps protect a field’s ecosystem while anthelmintics may disrupt it

When wormers are given to cattle and passed out in the dung, they have the secondary effect of eliminating essential bugs such as the dung beetle. The dung beetle performs the important task of breaking down cattle organic matter and therefore maintaining pasture integrity.4

“We are only just starting to understand the dire effects of livestock wormers on these crucial arthropods. With new environmental schemes such as ELMs coming in the next few years, it is more important than ever to demonstrate environmentally responsible farming,” says Dr Baxter-Smith.

10. Work with your vet to develop a prevention programme specific to your farm

Worming protocols for other parasites, grazing patterns, faecal egg counts, housing periods and the introduction of new stock are all going to have an impact on the steps a farm needs to take each year to implement an effective prevention programme – making it essential to work with your veterinarian.

“Just like no two farms are the same, no two years are the same. Farmers should work with their veterinarians to develop a lungworm prevention programme specific to their farm’s unique challenges and management system,” concludes Dr Baxter-Smith.