Agriculture students at Scotland’s Rural College (SRUC) were challenged to be the ‘best in grass’ in a competition sponsored by fertiliser company Yara. 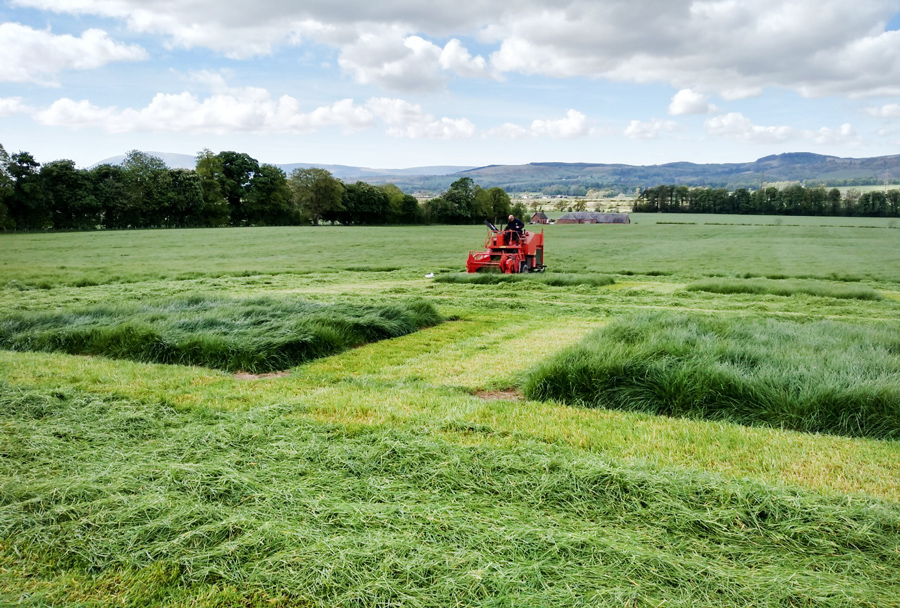 Agriculture students at Scotland’s Rural College (SRUC) were challenged to be the ‘best in grass’ in a competition sponsored by fertiliser company Yara.

The NC students at SRUC’s Barony campus, near Dumfries, worked in nine teams to produce the best grassland plot using one of seven fertilisers from Yara’s range of products.

As part of the competition, which started in early March before the Covid-19 lockdown, students marked out 25-square-metre plots on an established grass ley at Crichton Royal Farm. They then took a soil sample, chose a fertiliser, and calculated the rates and whether to apply it in one or two applications.

After administering the first application, and with social distancing regulations in place, students handed their instructions over to Crichton’s research and farm staff who applied a second application of fertiliser as required in April, and earlier this month harvested and determined yields and dry matters for each plot.

Agriculture lecturer Gemma Waugh said: “The grassland competition has been really good for the students to put what they learn in the classroom into practise.

“They all got very involved with the practical aspects of the competition before the Covid-19 lockdown and it is great the competition could be completed, albeit not as originally planned.

“Well done to Hamish and Alistair as well as all the other Barony NC Agriculture students who took part.”

Philip Cosgrave, Yara’s chief grassland agronomist, said: “Well done to both Hamish and Alistair for their impressive result. Achieving DM yields of over 5t/DM in the first week of May is very good, but breaking the 6t is impressive.”