Thirty per cent of yearly food waste on UK farms is cereals, with a value of £26m for wheat alone, according to data collected by the charity WRAP (Waste & Resources Action Programme). Agri-tech innovator Martin Lishman Ltd believes that there is huge potential to reduce the amount of waste on farm simply by promoting best storage practice. 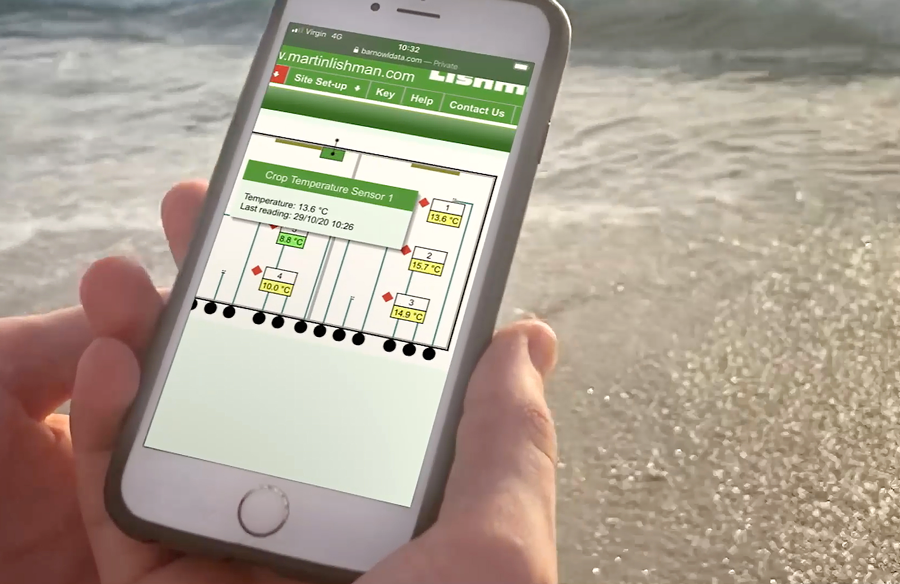 Crop stores can be monitored and controlled from anywhere in the world.

For Robert Boyd-Howell of Maitlands Farm in Maidstone, a Barn Owl Wireless monitoring system was the answer to him taking back control of his four crop stores, after experiencing first-hand the flaws of traditional crop monitoring methods.

“I was away for three weeks over Christmas/New Year 2019, and for three weeks the following March. I was monitoring the stores when I was here but during my second absence one of the stores suffered storm damage to some roof sheets,” explains Mr Boyd-Howell. “I realised that there was a problem when I returned and noticed the ‘lawn’ on parts of the stored grain. At another remote site all seemed well until loading, when bugs came to the fore; despite my best efforts I found it difficult to keep tabs on all the stores.”

The introduction of Barn Owl Wireless 10 years ago gave UK farmers a newfound ability to monitor crop store temperatures from anywhere in the world. Wireless crop temperature sensors are installed in a configuration to suit the shape and size of the flat floor store or grain silo, and transmit temperature data to the user via the mobile phone network and a cloud-based server. Store managers can then log on to their Barn Owl Wireless web page on any internet-enabled device to check temperature and humidity readings for all their stores.

Since Barn Owl Wireless was installed at Maitlands Farm, it has become the main workhorse for keeping track of crop temperatures. Data from all the stores can be viewed at any time, reducing the number of trips needed to the remote sites and avoiding the tedious task of climbing the heap. Mr Boyd-Howell adds: “These are all large floor stores and even the drying shed with its central tunnel means it presents a challenge to check the stored grain, especially at 74 years old! Barn Owl Wireless has made the monitoring so simple and also helps with the compliance inspections. I can access the information wherever there is an internet connection.”

The Barn Owl Wireless system has the added ability to turn cooling fans on and off remotely using fully automatic fan control modes. Utilising Martin Lishman’s wireless fan controllers, almost any cooling fan can be connected to the Barn Owl Wireless network and controlled automatically. In automatic mode, the system uses a choice of control programmes and only turns the fans on when it is most efficient to do so, which results in faster cooling and reduced energy costs.

For Mr Boyd-Howell, the addition of control to the system had clear advantages: “Automating the fans was the next logical step as it means that, even before seeing an increase in temperature on the webpage, action has been taken to resolve the issue. This is especially so if you are not always on site.”

“We were thrilled when Robert approached us to upgrade his monitoring-only system to full control,” says Joel Capper, National Sales Manager for Martin Lishman Ltd. “Unexpected rises in grain temperatures can result in infestations and a drastic loss of quality if not handled correctly. Having the ability to drive grain temperatures down quickly and efficiently to an acceptable level with the use of a reliable control system such as Barn Owl Wireless, significantly reduces the risk of quality loss.”

“The system will go live in early March.” Mr Boyd-Howell concluded. “The Barn Owl Wireless system has eased my grain store management considerably and I am looking forward to using the automation. You only need to avoid a few rejections a year to help pay for the system.”

In its early years, Barn Owl Wireless systems were adopted mainly by large scale storage facilities, but Martin Lishman has seen a significant increase in smaller scale farms such as Maitlands opting for their system. The modular design means it can be tailored to any size store, and the benefits of fast efficient cooling and reduced energy costs are still present. 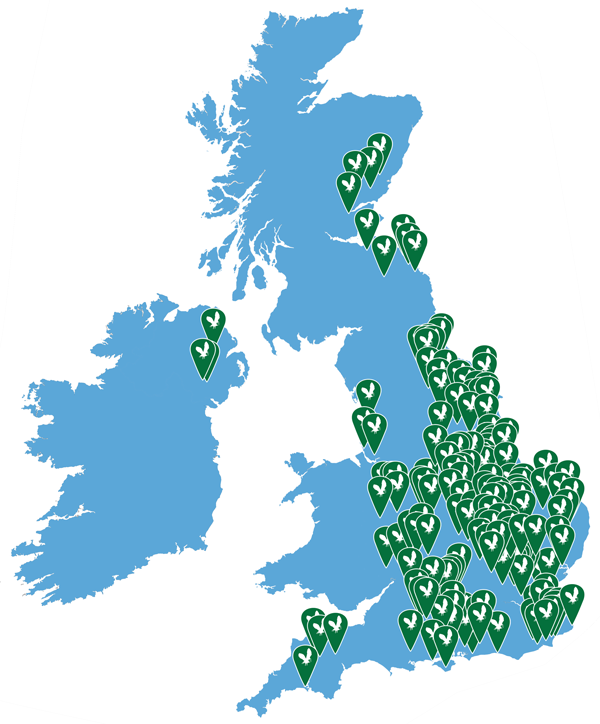 The use of a cloud-based online portal removes the potential complications of PC software or an app-based system, such as bugs or compatibility issues with device changes and updates. All that’s required to use Barn Owl Wireless is a web browser and internet connection.

Sales enquires can be made directly to: sales@martinlishman.com