The Ben Burgess Beeston show will still go ahead, despite the delay in lockdown restrictions lifting. The show has been planned to celebrate the brands impressive 90th Anniversary. 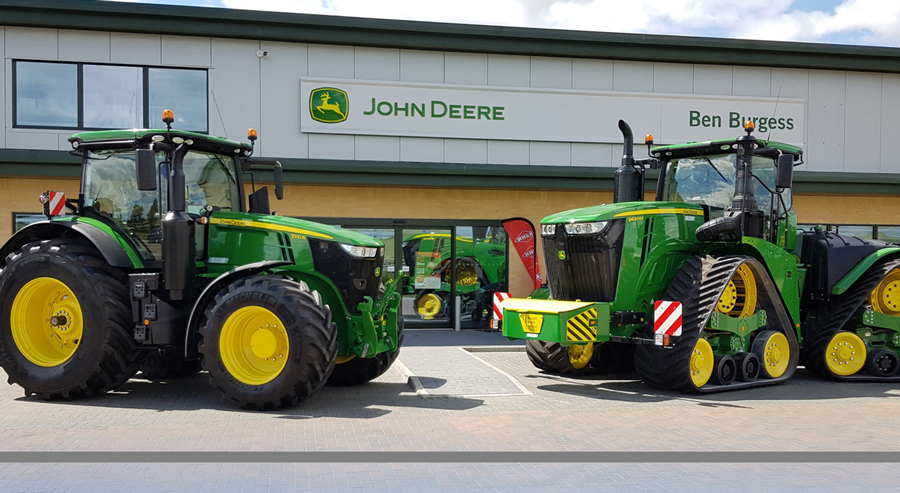 Ben Burgess have joined the list of events confirming that they will be going ahead this June despite the recent government decision to extend lockdown. The brand have been planning a show at their Beeston Showroom for some time and will be pleased it is able to go ahead.

The show has been planned to celebrate the 90 year history of the brand. Starting way back in 1931, the company has never stopped growing, taking on distribution of many impressive machinery manufacturers, notably being one of the first to take on John Deere in 1964. The company has also held a Royal Warrant as suppliers of agricultural machinery since the very beginning in 1931.

The special show will be taking place on Wednesday 23rd June, opening times 12pm – 8pm and Thursday 24th June, 10am – 4pm. The event will be adhering to COVID guidelines provided by the government whilst providing family fun and machinery displays.

On the agricultural side of things, there will be new machinery on display. With the Ben Burgess sales team, and many of their suppliers, including Avant, Grimme, John Deere, Kramer, Kuhn, Väderstad, and Yanmar, there to answer any  questions.

There will also be grounds care suppliers showcasing the latest products in their ranges and to coincide with the show there will be special offers on clothing and workware inside the showroom.

Attendees will be able to enjoy complimentary food from Spitfire Hog roasts and refreshments provided by the Beeston Ploughshare Pub.

Everyone is welcome to attend for free and attendees can arrive unannounced use the form on the Ben Burgess website to register in advance and also be entered into the raffle – where you could be in with a chance to win a lawnmower, a Husqvarna Petrol Hedgecutter, plus many other prizes donated by exhibitors.