Ben Burgess takes a stroll down memory lane, looking back over 90 years of serving the agricultural sector – from post-war agricultural depression in the 30s, to a thriving modern business currently comprising seven depots. 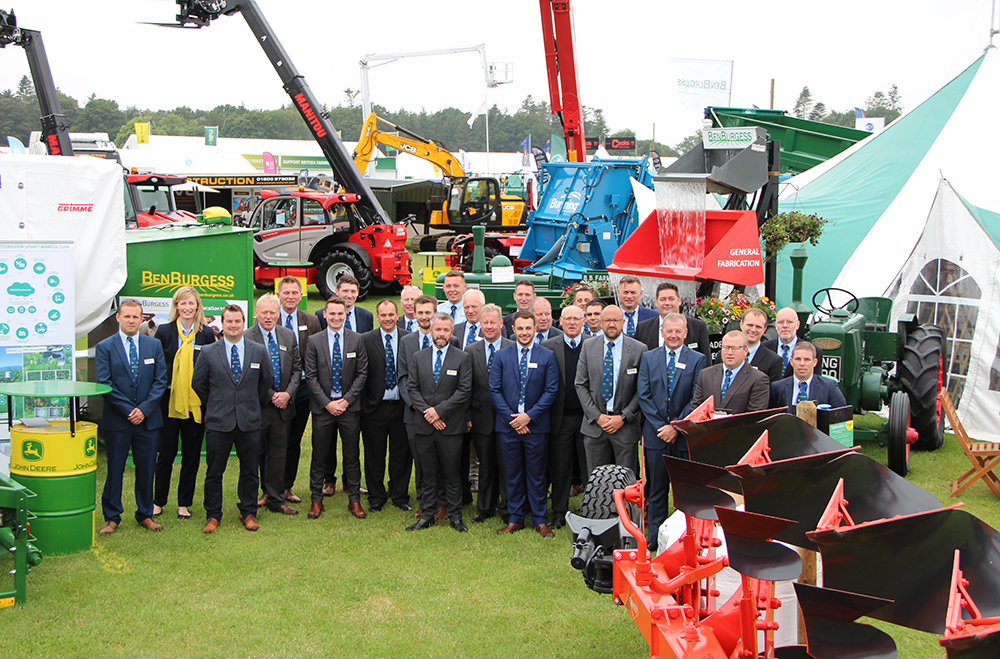 After the success of the first tractor franchise Marshall tractors, came other franchises such as Turner Tractors, Claas Combines and Lundell Foragers. In 1964, Ben Burgess was appointed as one of the first John Deere dealers in the UK.

With the growth of the business came the need for better local coverage in Norfolk. This brought about the acquisition of Eric Matthews and Co who sold David Brown tractors in central Norfolk in 1962, which has now come to be known as Ben Burgess Beeston. Approximately 20 years later, further development led to the construction of Ben Burgess Aylsham, providing coverage in north east Norfolk.

Although agriculture has always been the primary business, over the years other companies have joined the fold; Ben Burgess Garden Equipment (now known as Ben Burgess GroundsCare Equipment) was born to serve horticultural customers throughout Norfolk in 1962. Then followed F.C Walker sheet metal engineers and eventually Thomas Wilch & High Electrical Motor Specialists 1973. A construction division selling and servicing construction machinery followed in 1998.

On 14th June 1986, Ben Burgess was awarded an MBE for services to agriculture.

He had a philosophy on business and shared an ethos that is still the cornerstone of the company’s culture 90 years after it was founded. It is an ethos and culture that the current managing director, Ben Burgess’s grandson Ben Turner, and the leadership team and managers still live by today.

“Our dedication to our customers and outstanding service has ensured our continued success, but we are also committed to ensuring our employees have an inspiring place to work. We’ve added nearly 250 people to our ranks since the beginning and seen hundreds more who have come and gone over the years, whether through retirement or progressing onto greater things,” says Ben Turner.

Today, the company has seven depots covering East Anglia and the Midlands. Each branch has specialist sales, parts, service and hire teams who work tirelessly to ensure they offer the highest standard of service to their customers – selling quality new and used machinery across the UK or for export worldwide. The sales force specialises in various fields of expertise and includes 85 highly trained technicians, dedicated parts teams and a comprehensive hire department serving agricultural, construction and grounds care customers.

A wide variety of franchises have been added over the years to give customers more choice. Brands such as Grimme, Väderstad, Kuhn, Kramer, McConnel, Yanmar, Avant, Stihl, Timberwolf, Husqvarna, Bailey, Dennis and many more.

In addition, FarmSight specialists deliver “outstanding support” on the latest technologies from John Deere to optimise your machine, the company adds. An end of year review provides an opportunity to look at the data collected by your machine and gain insight into your operations, helping you make informed decisions on future farming, saving you money and increasing your output.

Ben Burgess also holds the Royal Warrant as suppliers of agricultural machinery. It began supplying the Royal Estate at Sandringham with Marshall tractors in 1931 and has continued to the present day, supplying John Deere and many other products.