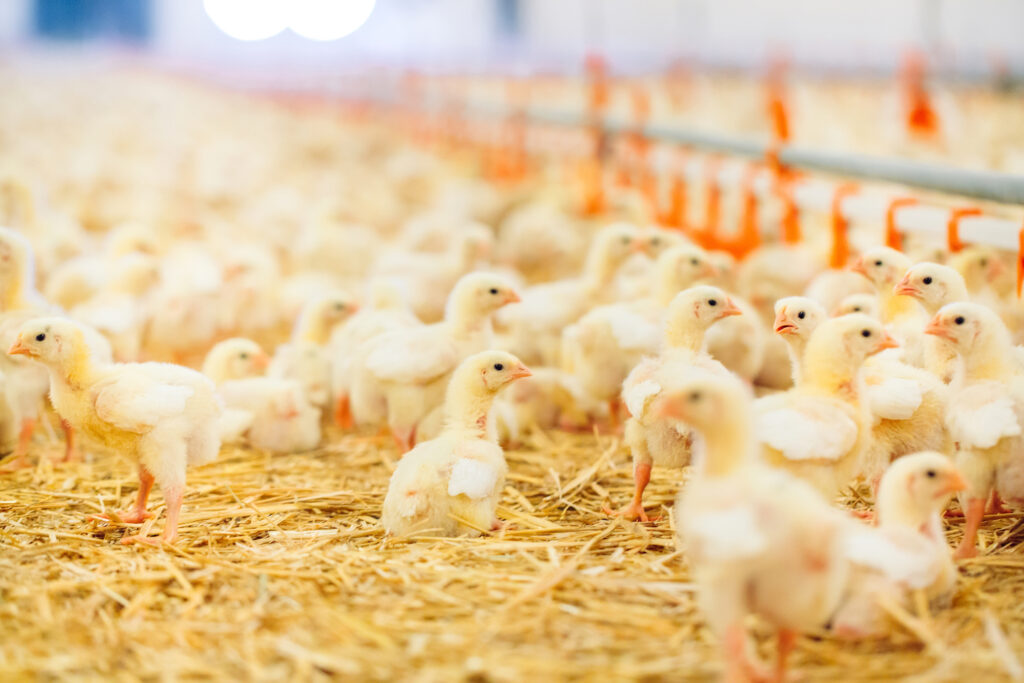 Broilers fed live fly larvae show more natural behaviour and develop healthier legs, according to a new study by scientists in the Netherlands.

During the study, broilers were offered live black soldier fly larvae in different quantities and at different times of day.

“We really saw that the broilers were motivated all day long to get to the larvae”, says researcher Allyson Ipema, of Wageningen University & Research. “The broilers showed a lot of natural foraging behaviour: they kept scratching and pecking at the larvae.”

Scientists noted that leg problems can occur in fast-growing broilers as they do not move enough. Offering live larvae in the litter several times a day encourages foraging and pecking which benefits leg health.

Broilers who were fed the most larvae spent the longest time showing natural foraging behaviour. Ipema added, however: “There is a maximum to this though. If we supplement the diet for more than 10 per cent with insects, the broilers will probably grow less fast.”

Even greater benefits to behaviour were seen when the larvae was given in transparent tubes and holes, which was demonstrated in a second study.

As well as benefits to welfare, Ipema says: “An additional advantage is that the larvae from this research can easily be grown on manure and waste products”, says associate professor Liesbeth Bolhuis. “This also makes them a potentially sustainable and circular food source.”

Palatable and high in fat and protein, the larvae make a good addition to the diet, she added.