In such a challenging season for potato blight, application techniques have shown the potential to make a significant difference in preventing disease infection and maintaining a cleaner, greener crop canopy. 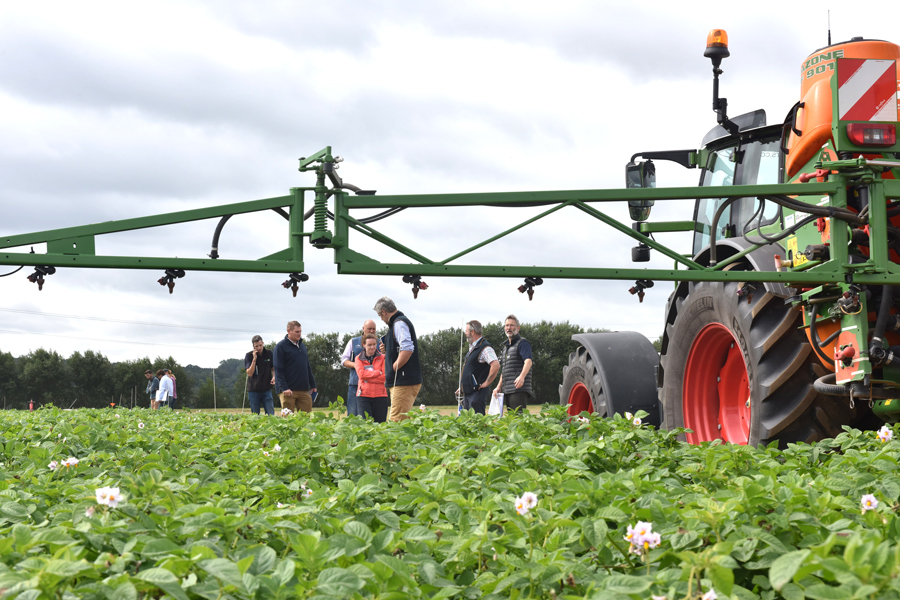 In such a challenging season for potato blight, application techniques have shown the potential to make a significant difference in preventing disease infection and maintaining a cleaner, greener crop canopy.

Results of independent Eurofins trials in Derbyshire – maintained under artificially high disease pressure conditions and inoculated with blight strains in mid-July, along with natural infection – highlighted the strong performance of Revus and maindipropamid-based fungicides throughout the season.

Speaking at last week’s trials site open day (22 August), Syngenta Technical Manager, Michael Tait, reported on a trial to test intrinsic fungicide activity, where the same product is applied repeatedly on a plot throughout the season. That demonstrated Revus, along with mandipropamid plus cymoxanil or difenoconazole mixtures, provided consistently high performing results throughout the season, against all blight strains present.

“However, the best result, across the replicated trial plots, was where Revus was applied in mix with a drift retardant, Sterling,” he advised. 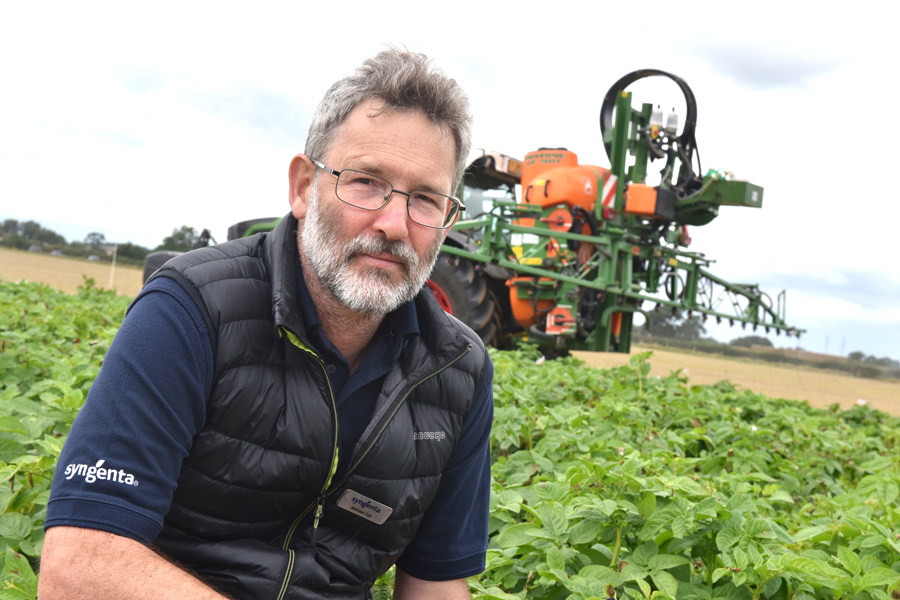 Independent assessment of the replicated plots in mid-August showed untreated plots had already been decimated by blight, with 98% of leaf area killed off. The Revus and mandipropamid mixtures, however, had retained the best green leaf area, with an average 14% infection, compared to 30% leaf area affected with mancozeb + cymoxanil and 32% infection with dimethomorph + zoxamide, for example.

The Revus plus drift retardant was the best performing in the trial, with 88% of the green leaf remaining clean and healthy. Oxathiapiprolin was not included in the trial, by industry agreement not to expose the fungicide to potential resistance issues resulting from repeated applications of the product.

“The trials have once again confirmed the application advantage of a drift retardant with Revus, shown in previous trials and lab studies of spray techniques,” Michael added. Research has shown the drift retardant can influence the spray pattern of conventional flat fan nozzles, to reduce the number of ultra-small drift susceptible droplets, and concentrate more in the desirable mid-sized droplet range to target the potato leaf and canopy.

Furthermore, Syngenta Potato Science trials at the Eurofins trials site had, for the first time, featured a series of tractor-sprayed plots, designed to replicate real field conditions and to evaluate the potential for 90% drift reduction technology for blight applications.

“The results have shown how well farm practice can perform, compared to the blight trial sprayer using conventional flat fan nozzles,” commented Michael. “The Revus, and particularly Revus plus drift retardant, plots were virtually clean of any infection, despite having been inoculated with the same blight strains and managed under conditions conducive to blight.” 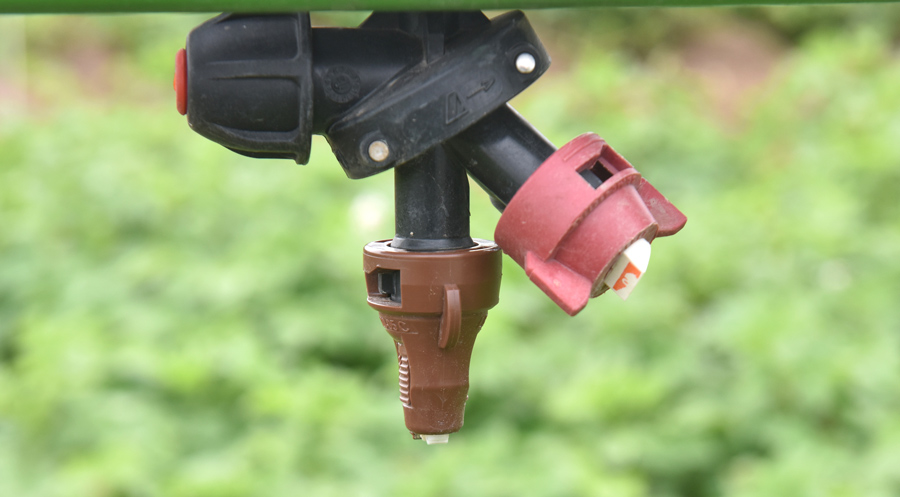 With blight infection at 82% in untreated plots by mid-August, applications of Revus with the Syngenta Potato Nozzle and both 90% drift reduction nozzles had protected the adjacent plots at just 3% infection. Where Revus + drift retardant had been used with the Potato Nozzle the infection rate was less than 1.5%.

“From previous desiccation work we have seen that 90% drift reduction nozzles can better target overall plant coverage in potatoes. Syngenta research in targeting other crops and weeds has also shown better results from the nozzles, particularly in weather compromised situations and improving spray techniques.

“This initial trial has shown the potential that can be achieved, with further ongoing research into where and when the 90% drift reduction technology could help potato growers and sprayer operators to maintain timely blight programmes, right through the season,” he believed. 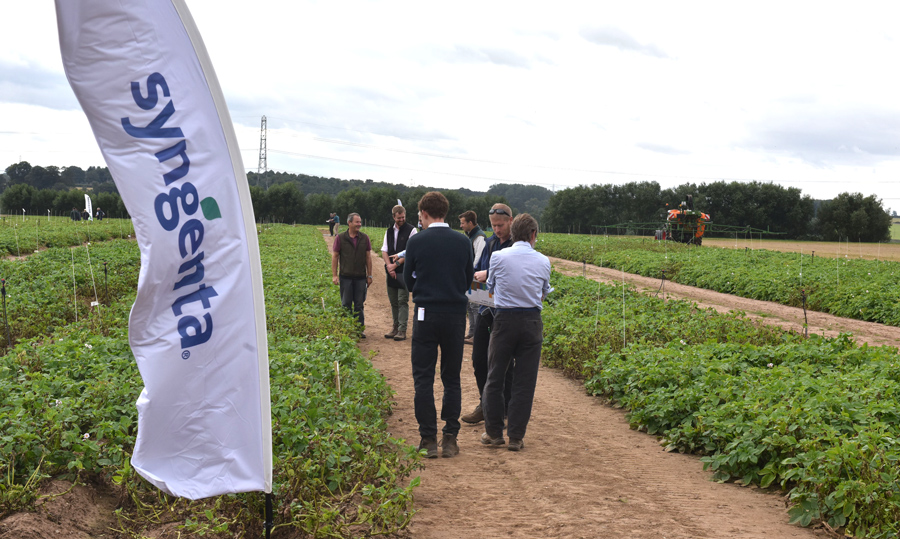