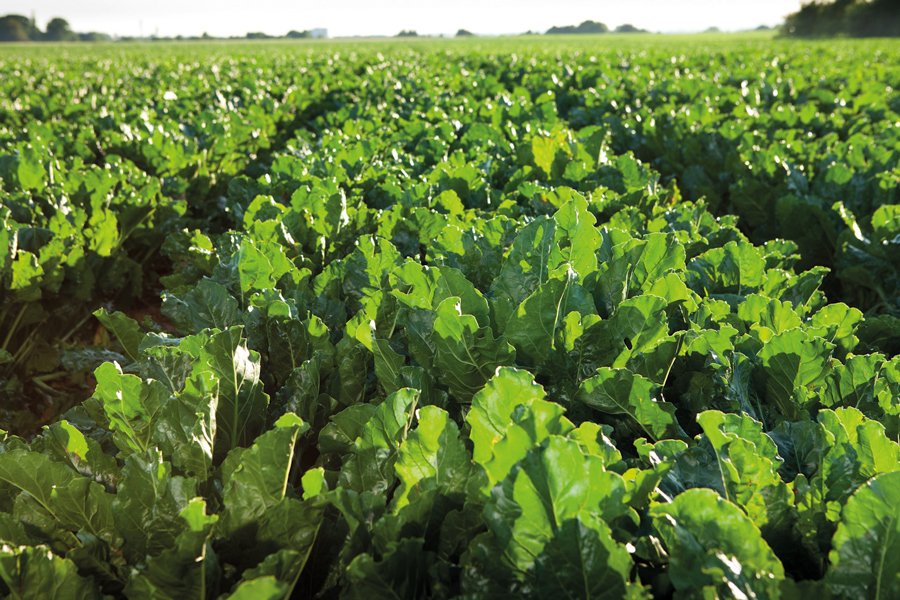 These not only reflect the continued improvement in yield and other key characteristics, such as early-sown bolting, in varieties being put forward by breeders, but this list sees the introduction of the first ALS herbicide tolerant sugar beet variety, says BBRO.

“2018 was a difficult growing season for the commercial crop and trials alike; adverse weather delayed drilling, this was followed by a prolonged drought, and a late burst of nitrogen when the drought finally broke in the autumn,” commented RL Board chairman Mike May. “Despite this, the control varieties in the trials still managed to achieve a mean yield of 112 adjusted t/ha with new varieties offering up to a 4 per cent yield increase above that, highlighting the resilience of the crop in such conditions.

“In addition it is good to see the first ALS herbicide tolerant variety (Smart Janninka KWS) on the list. The herbicides for use with this variety, as an integral part of the Smart Conviso system, have now been approved, and should be available for the 2020 sowings.”

Breeders have put much effort into producing low bolting varieties specifically for UK conditions, says BBRO, and six of the new varieties did not bolt in any of the RL normal sown trials (sown after 15th March) in any of the three years of testing (2016-2018 inclusive). These were Advena KWS, BTS4100, Vixen, Conger, Puffin and Smart Janninka KWS, although the latter did so when sown early and is not recommended for sowing before the 15th March.

“Before ordering BCN, AYPR partially resistant or ALS tolerant varieties, growers should discuss options with contract managers, agronomists or breeders who will have more information on their varieties’ performance and use in the presence of the specific problem,” advises Mr May.

Four new sugar beet varieties from SESVanderHave, bred exclusively for the UK market, have been added to the Recommended List.

Lightning, Conger, Puffin and Vixen have all been extensively trialled in the UK by SESVanderHave in addition to their performance being monitored in official trials.

“In total, these four varieties have been tested extensively in both the Recommended List and our own UK trials network over the past three years,” says SESVanderHave UK director, Ian Munnery.

Each variety offers advances in yield over existing varieties from the company and some have very low bolter counts from early sown bolter trials and exceptional low bolter counts from normal sowing. The drive to minimise the risk of early sown bolters has been a feature of SESVanderHave varieties for some years and the trend continues, he points out.

Lightning will suit growers looking for a variety to sow at normal time (from 15th March). The variety has an excellent sugar yield of 103% plus a high score for rust tolerance of 7.1.

Vixen has one of the lowest bolter counts on the new list from early sowing – just 1,692/ha and zero bolting when sown after 15th March. Vixen also tops the list for its resistance to rust with a score of 7.6 making it a good, robust choice for growers, says the company.

Conger has very low bolters (2,776/ha) from early sowing and none when drilled after 15th March. It has high sugar yield with good resistance to rust.

Puffin is well-suited to early sowing with a low bolter count from early sown bolter trials of 2,048/ha with zero bolters from sowing after 15th March.

These four new varieties join established SESVanderHave varieties Cayman, Firefly and Hornet. The company points out that Cayman is celebrating its 11th year in Recommended List trials; showing its durability and consistent performance in each of the past 10 years where it has coped exceptionally with a wide variety of weather conditions.

“SESVanderHave varieties endure as trusted favourites for growers,” said Mr Munnery. “This reflects our approach to ensuring varieties are trialled using seed from commercial lots and extensive testing across the UK under a range of conditions.”

Speaking to Farmers Guide about the sugar industry in general, Mr Munnery pointed out that while growers in countries including Spain, Italy and the US continued to receive state and national aid to support sugar beet production, this had a distorting effect on the market putting UK growers at a disadvantage.

In addition, there have been 13 derogations approved in Europe earlier this year for the use of neonicotinoids (banned in the UK), he said.

“There have however been seven factory shutdowns in Europe recently which will result in a downsize of crop production in Europe and which should be good news for UK growers.

“It was in 2005 that the UK went through some serious rationalisation. We did our bit first, and others now have to continue to do theirs,” added Mr Munnery. 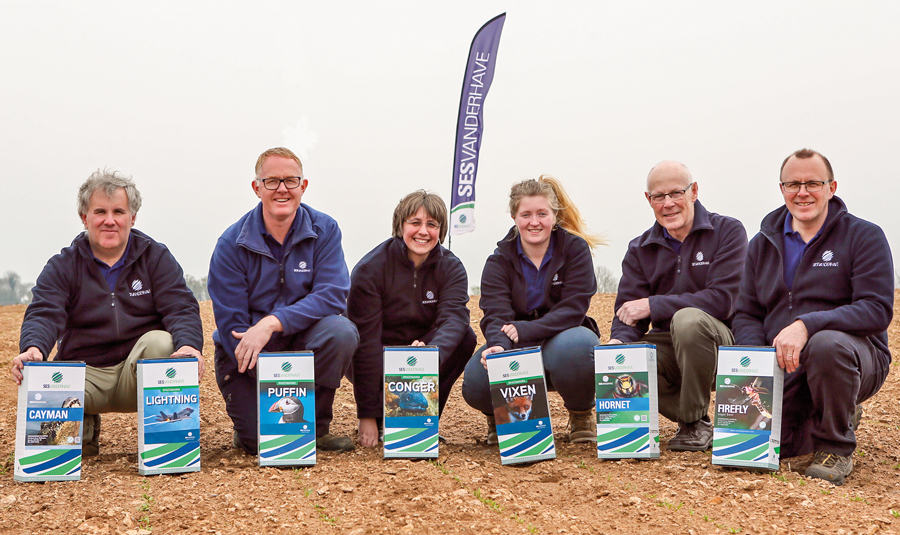 The second of a new generation of varieties from KWS; Advena KWS joins last year’s addition, Kortessa KWS as a variety suitable for every farm, says the breeder.

Advena KWS has a yield of 104.0% of controls putting it in the top four yielding varieties on the 2019 RL while its exceptionally low number of bolters, the lowest of the top five yielding varieties, makes it suitable for drilling in both the early and normal sowing windows, points out KWS sugar beet UK country manager Ben Bishop.

“A sugar content of 18.2%, the second joint highest on the Recommended List, supports a sugar yield of 103.9% of controls while an adjusted yield of 104% of controls combined with the best all-round bolting profile of any recommended variety will ensure Advena KWS appeals to all growers,” he adds.

Advena KWS sits neatly alongside Kortessa KWS and beet cyst nematode tolerant variety, Daphna in the top four highest yielders proving that it is possible to spread risk across a range of varieties without suffering a yield penalty or worrying about nematodes or bolters, he says.

One characteristic of Advena KWS Mr Bishop is keen to highlight is its disease resistance. The Recommended List only includes a score for rust instead of scores for both rust and powdery mildew as there has been too little powdery mildew disease data in recent years to support a meaningful score.

“Advena KWS has a score of 5 which is average for varieties on the Recommended List though this should be seen in the context that disease resistance for all varieties has improved in recent years as breeders have succeeded in producing varieties with stronger resistance. That said, growers may wish to consider lifting Advena KWS earlier,” says Mr Bishop.

When to sow Smart Janninka KWS will be a decision best taken by growers in consultation with their advisers, but where it is considered suitable, growers can be confident that yields will be close to that of some established varieties.

“When grown using the dedicated herbicide, Smart Janninka KWS yields close to that of some established varieties on the Recommended List,” explains Mr Bishop.

“This should give those wishing to sow sugar beet where the weed burden would previously exclude sugar beet from that land the confidence to sow without suffering a significant yield penalty,” he adds.

Bred by Betaseed and marketed by Limagrain UK, BTS 4100 offers the highest sugar content of any sugar beet variety on the list at 18.4%, and has produced these high sugar levels consistently over the past three years in Recommended List trials.

“Growers will recognise that on certain soil types or in difficult field conditions, a high sugar content can be hard to achieve; in these situations a variety such as BTS 4100 with a genetically high sugar content offers the best insurance for maximising full yield potential, as expressed in adjusted tonnes.”

Along with these extremely high sugar levels, BTS 4100 offers high adjusted tonne yields of 101.8% – reflecting a step-up over some of the older varieties on the list.

However, while yield and sugar content are the top criteria for choosing a new sugar beet variety, factors such as establishment and bolting tolerance are also very important – particularly when deciding which variety is best for your situation, adds Mr Granger.

“For those looking to drill in the first half of March, in an attempt to get crops up and away to combat virus yellows infection, BTS 4100 fits this drilling slot very well. It has excellent bolting tolerance and is one of only a few varieties on the RL, that offers no bolters when drilled in the normal sowing slot.

“This is combined with good emergence characteristics and a good tolerance to rust. It is also rhizomania tolerant.”

Although it has no new varieties added, Strube UK has three excellent varieties on the Recommended List for the 2020 crop, says managing director Mark Culloden. “Haydn is unsurprisingly the best selling sugar beet variety on the RL over the past 10 years, delivering consistently good yields and very low bolting. It had another very good year both in National List trials and, more importantly, on farm in the dry conditions of 2018 with some outstanding yields for many growers.

“Degas has the second highest sugar content on the RL list making it a cost effective ‘transport variety’ which still delivers a good profit. It is suitable for sowing after mid-March.

“Gauguin is a very good BCN tolerant variety. It has the lowest level of both normal and early sown bolting out of all the BCN tolerant varieties on the 2020 List. Early sown bolting levels need to be seriously considered in future seasons following the 2019 season when drilling of commercial crops started as early as 20th February. This may well become the established pattern with climate change and the need to reach 8-leaves as soon as possible given the potential threat of virus yellows.”