Calving: Common health issues to be aware of

As calving season approaches, we asked vet Katy Peats to outline the most common health issues that farmers need to be aware of. 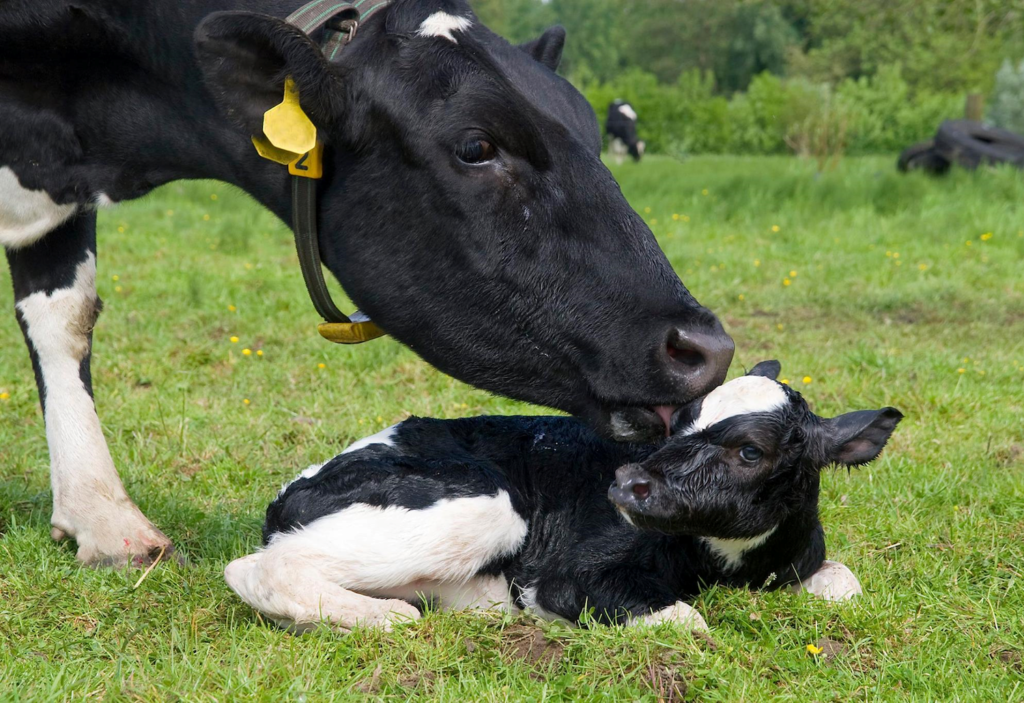 As part of our calving series, vet Katy Peats explores the six most important health concerns during calving and how to spot and prevent them.

A cow that has not passed its afterbirth within 24 hours is considered to have RFM. This can be due to weak uterine contractions for which milk fever is a common underlying cause. Most membranes will pass of their own accord, however if the cow has a temperature, looks sick or has still not passed them within five days of calving, consult your vet.

Metritis
The uterus invariably becomes contaminated with bacteria during the calving process. The cow’s ability to cope with this depends on her overall health status and the amount and type of bacteria introduced. Fetid, discoloured discharge with or without a sick cow can indicate metritis and antibiotics may be prescribed by your vet.

Milk fever is caused by a drop in calcium blood levels due to the increase in demand for calcium in early lactation. Older dairy cows and Channel Island breeds are most at risk and often present teeth grinding, muscle tremors and weakness. As it progresses, cows lay down, become constipated and may begin to seizure. If left untreated, paralysis of respiratory muscles and bloat can cause death. Cows caught early enough may respond well to slow intravenous administration of calcium.

High calcium and potassium content in forage in the dry period is the primary cause of milk fever as it reduces the cow’s ability to mobilise calcium from her own body when she is most at need around the time of calving. Manipulation of the dry cow diet through calcium limitation in the final three weeks before calving is the best way to prevent milk fever and should be discussed with your nutritionist. Cows known to be at risk of milk fever can be given calcium drenches and boluses pre calving.

Studies have shown that between 29-58 per cent of dairy cows suffer from ketosis in early lactation.

Primary ketosis occurs when a cow’s energy demand exceeds its intake. For dairy cows this is often in early lactation when cows are eating less but producing more milk. Secondary ketosis occurs when diseases post-calving (e.g. lameness, metritis and mastitis) cause a cow to eat less resulting in negative energy balance. Once a cow enters a state of negative energy balance and becomes ketotic, in turn her appetite reduces and the ketosis gets worse, leading to a viscous worsening cycle.

Clinical signs include reduced milk yield, weight loss, reduced appetite, poor coat and firm dung. Some cows will develop nervous signs and become aggressive, uncoordinated and manically lick. If it occurs in one cow, it is likely that other cows in the herd are affected but not yet at a stage where they are showing clinical signs. Affected cows are more likely to have reduced conception rates, longer calving intervals and significantly lower milk yields. They are also more likely to have abomasal disorders, retained placentas, metritis and are at higher risk of being culled.

Prevention is aimed at maximising dry matter intakes to improve energy consumption. This can be done through avoiding thin and over fat cows (fat cows have a greater decrease in their appetite in early lactation), reducing the risk of other diseases which would decrease appetite and giving good quality, palatable feed as well as increasing feed space and access.

Recently calved cows are at risk of developing mastitis due to their impaired immune systems no longer being able to deal with infection caused by contamination during the dry period. On average, 2/3 of mastitis cases are seen within the first 60 days of lactation.

Mastitis may present as udder changes, milk changes or a severely sick cow and may require veterinary attention. Number of cases of mastitis can be reduced by improving hygiene (clean and dry bedding and cubicles are essential) avoiding over grazing and over stocking and providing a clean calving area. Dry cow therapy and vaccination can also aid in decreasing the number of infections. Teat sealants are of particular importance as they form a physical barrier to prevent pathogens and contaminants entering the teat canal.

Cows are at increased risk of lameness around calving and in early lactation due to increased laxity of tendons and ligaments to enable relaxation of the pelvis and birth canal. This laxity can also cause rotation of the pedal bone leading to pressure on the sole and potentially a solar ulcer if not sufficiently trimmed. Presenting cows 60 days before and after calving to an experienced foot trimmer can be beneficial in helping prevent lameness issues.

How to navigate the protein challenge in dairy and beef systems

Calving: How to maximise your profitability