Grazing livestock on winter cereals could help aid soil biology, allow for earlier drilling dates, control pests and diseases and influence yield potential, according to recent results from a trial carried out on a mixed farming enterprise in Angus. 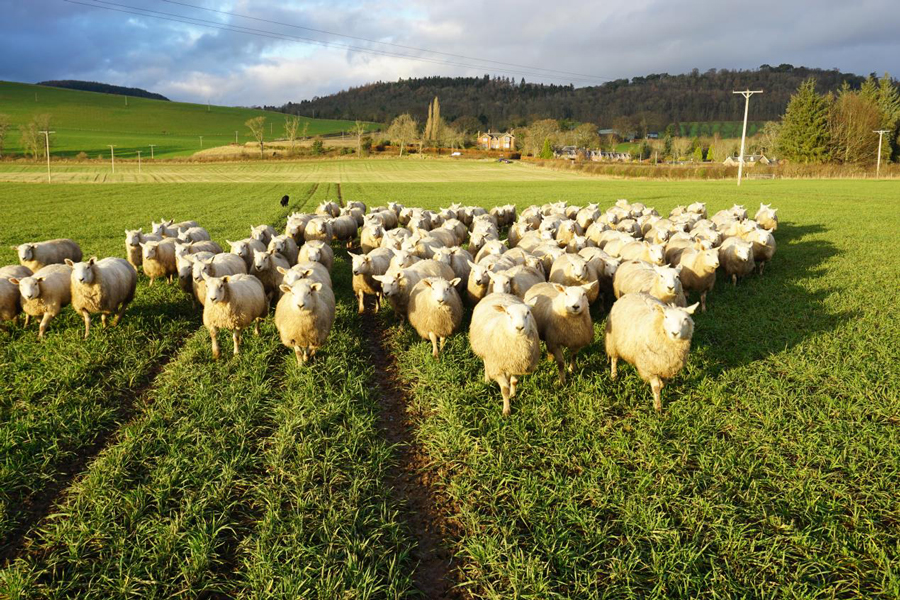 Lambs on this year’s winter wheat.

“The project was developed to gain a better understanding on whether grazing livestock on winter cereals could have a detrimental effect on, for example, disease control and yield potential,” said Mr Lindsay.

Trials were carried out by Balgay Farming Partnership, a partnership between Iain Graham and Iain Wilkinson, after the dry spell during the summer of 2018 severely reduced grass growth.

Mr Lindsay explained that Balgay Farm is run as a mixed farming business with combinable cropping, beef and sheep. “The impact of drought on grass growth during 2018 prompted us to look at ways to utilise arable land to aid livestock performance, but also help soil biology.”

The trial consisted of two-hectare blocks drilled with winter wheat, winter barley and winter oats. Each crop block was split down the middle with an electric fence and sheep were allowed to graze one half, but not the other.

Mr Wilkinson said that the results from the trials were very promising and demonstrated that the grazing of winter cereals can provide valuable winter forage for sheep and also have a beneficial impact on crop yield.

He added: “We introduced sheep to the crops at the end of October 2018 and they ate the winter barley right down to the bone before moving onto the winter wheat and winter oats.  We were concerned we had been too hard on the winter barley and it would have a detrimental impact on the crop.

“However, come August, when the crop was combined, the results for the winter barley, in particular, proved to be very positive with an increased yield of around 0.5-0.75 tonnes per hectare on the grazed strip.”

The results from the trials also indicated potential benefits to soil structure and giving the scope to drill winter crops two to three weeks earlier.

Mr Lindsay, who is also involved with the Farming for a Better Climate’s Soil Regeneration Group, said many farmers on heavier land in Scotland struggle to get winter crops drilled on time due to the short, often wet weather window experienced between September and October and that grazing sheep could allow for an earlier drilling date to be achievable without affecting the crop.

“Traditionally, Iain Wilkinson would begin sowing winter crops around the first week of September, but with the farm situated on very flat, heavy carse clay, the land can often be affected by heavy rain. This year we decided to bring the sowing date forward to 17 August, with the aim of getting all the crops in the ground before the weather broke and not being force to drill the problem fields  last as is usually the case.

“Sheep have recently been put onto this early sown wheat to graze back the leaves and hold growth development, whist at the same time adding some biology to the field.” 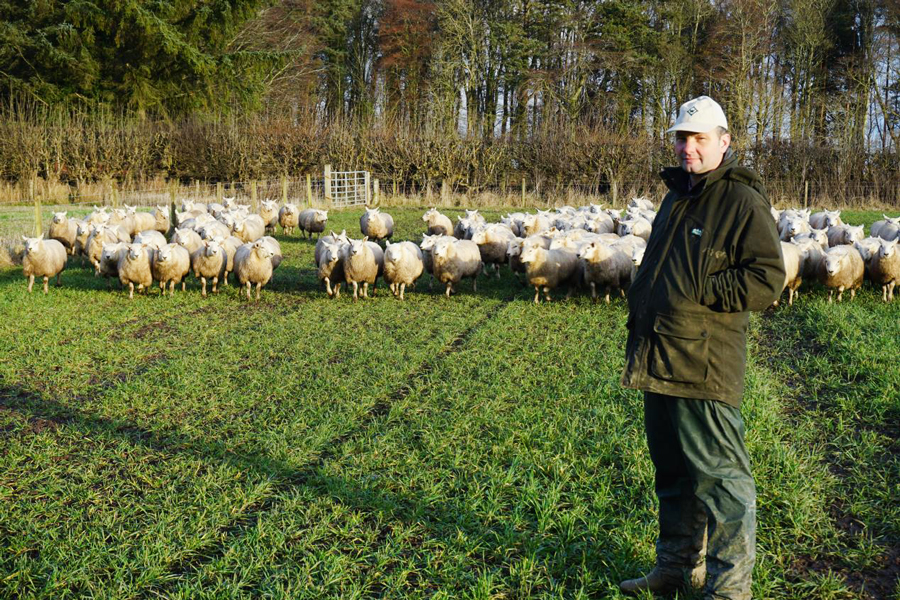 With no obvious detrimental effects to crops highlighted during the RISS project, SRUC has been awarded additional funding through a new MIXED EU project, which will explore different types of mixed agricultural systems including resilience to climate change, sustainability, and agroforestry.

Christine Watson, Professor of Agricultural Systems at SRUC who is leading the MIXED project says: “We are delighted to receive funding through the new EU research project to help continue to research and develop evidence on the impact of grazing livestock on winter cereals. The project is led by Aarhus University and involves networks of both organic and conventional farmers and research institutions from 10 countries.

“In agriculture, as in so many other industries, there has been a tendency to specialise in certain areas such as crop or livestock production. However, great advantages might be achieved from increased collaboration between farms and less specialisation on the individual farm, at landscape level, or in the supply chain. Our hypothesis is that systems with mixed production systems are often both economically efficient and sustainable in terms of climate and environment. They are also more adaptable to change.”

The new project will see trials carried out on SRUC and other farms across Scotland and will combine the evidence and knowledge already gathered by the RISS project to look at other key factors including drilling dates, timing of grazing, grazing intensity, and the benefits to soil structure.

Prof Watson concludes: “We are more and more dependent on collaboration across systems and on being resilient to change. We hope that this project can continue to develop knowledge exchange and solutions to help increase collaboration within the industry as well as sustainability and resilience.” 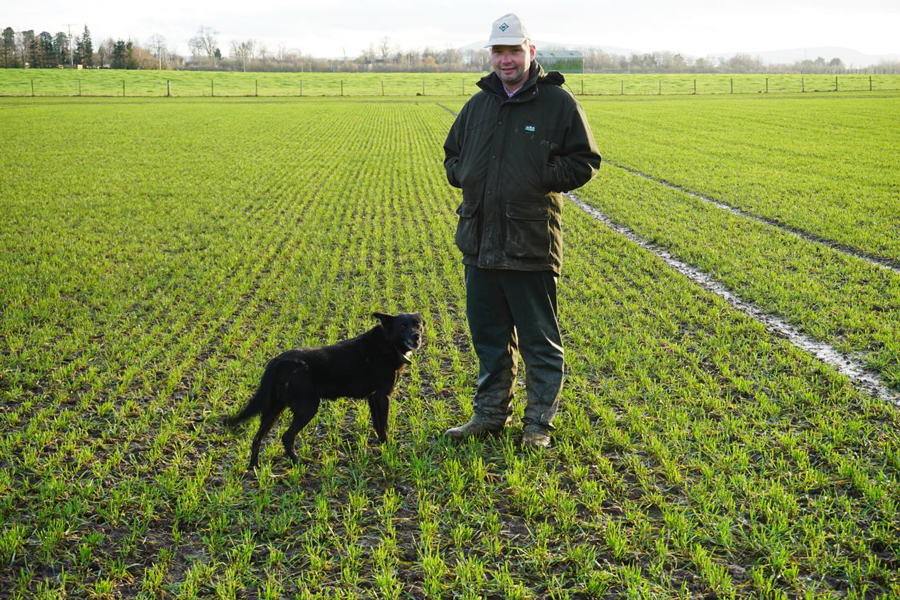 Iain Wilkinson standing in a field of winter wheat which had been grazed hard by lambs until it was fairly black looking. The image was taken one week later having recovered well.