Farmers Guide director Greg Goulding was invited to meet Jeremy Clarkson to discuss how farming has fundamentally changed the life and views of the TV presenter, ahead of the launch of ‘Clarkson’s Farm’ on Amazon Prime this week. 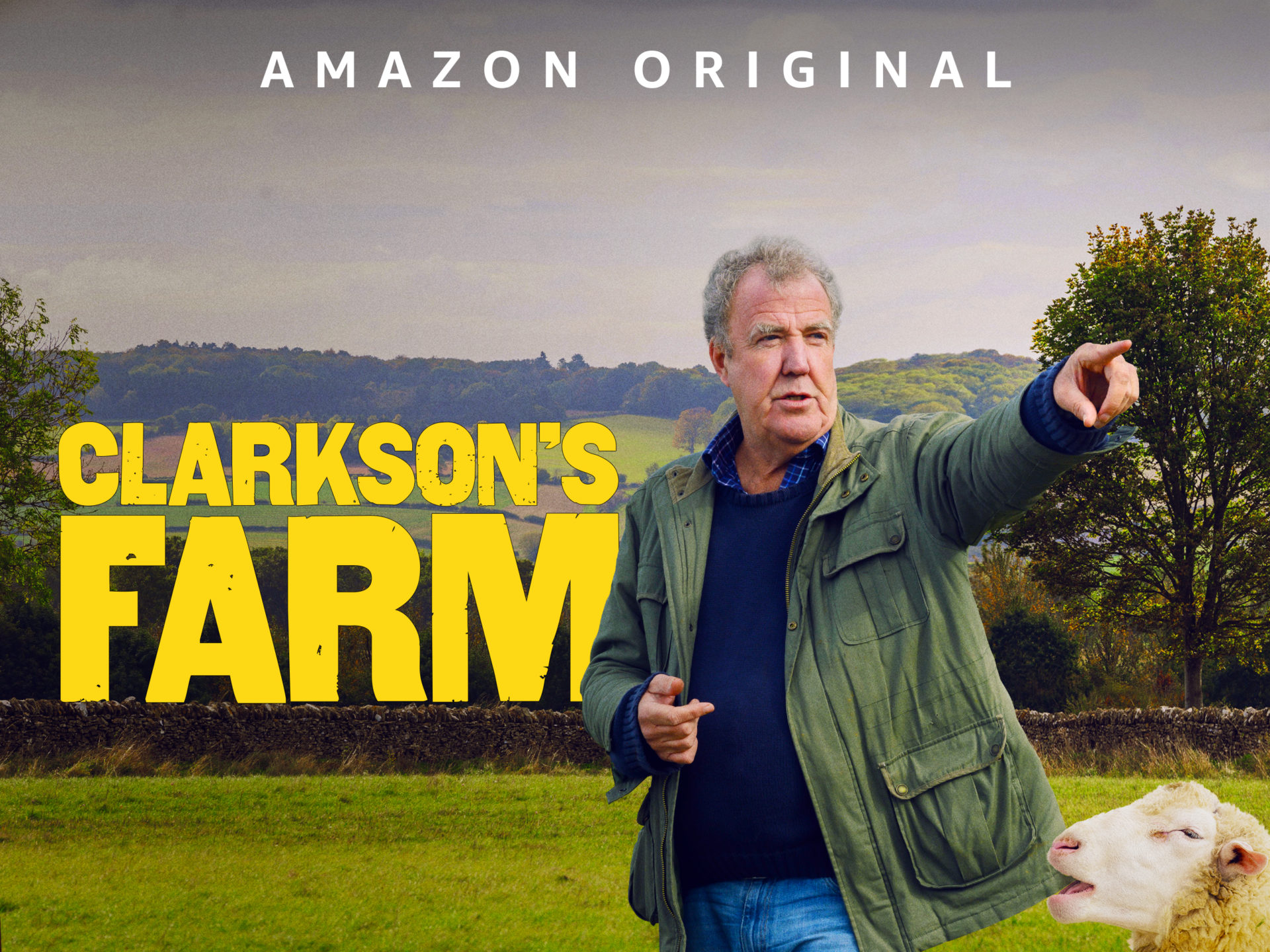 Jeremy Clarkson’s farming show has been all over mainstream media recently, focussing on his big Lamborghini tractor and how disgusting yet adorable lambing can be. It might make fun TV, but we wanted to use our time with Jeremy to dig a little deeper.

Introducing Jeremy at the press launch was his long-term friend, Andy Willman, who compared the new show to the early days of Top Gear, adding “Jeremy has thrown his all into this. He is out of his depth, but he’s working so hard because it really matters. It’s not like if a car breaks down. It’s crops and if it goes wrong, people get angry.”

Clarkson’s Farm is set on Jeremy’s own 1,000-acre Cotswolds Farm, which he had nothing to do with after buying it in 2008. But when the farm manager announced his retirement back in 2018, the Grand Tour star took over and the idea for the Prime series was born.

“I didn’t think farming would be as hard as it is. After 12,000 years of farming, I would have thought it would be in our DNA. But it’s not. I’m not very green fingered, but thought you put things in a plant pot on the windowsill and they grow, and this is the same but on a bigger scale, plus and I can have a tractor,” Jeremy commented.

“It was early on that I realised how tough it is. I had 450 or so farmable acres where I could plant wheat, barley and oilseed, and knew I had to get it all planted by October 6th, but after one day I had done 10 acres, and I thought I can’t do this. That’s when I met Kaleb the tractor driver.”

The show might be named after him, but the farm is a real team effort. Jeremy has the help of the existing tractor driver Kaleb, agronomist Charlie and stonewaller Gerald. Asked if this adds to the value of the program, Jeremy explained that it was pointed out by Johnny Vaughn, that in American TV everyone is friends, like the program Friends or Sex in the City. But in Britain it’s the other way around:

“Dad’s Army, Faulty Towers, Grand Tour. It’s not that they don’t get on as such, but it’s that they are not the same. Kaleb is a 21-year-old tractor driver who’s never left the village, Charlie is a very well-educated agronomist. Gerald, well I don’t know what he is because I can’t understand what he’s saying most of the time. But we are all completely different, and they are not TV people. They don’t particularly want to be on television. They just want to get on and grow crops or rear sheep. In fact they find the camera crew, and me, annoying.”

Growing and maintaining a flock

Jeremy also ventured into livestock, buying sheep at a local auction. Emphasising how difficult it was, he said it’s a “tough job”, despite the fact that he’s only got 78 sheep in the Cotswolds, “which is hardly the Kalahari!”

Describing what it’s like to be a sheep farmer, Jeremy said: “They want to die. Not at 10 in the morning or 4 in the afternoon. They want to get sick then, so you worry about them all night. And they don’t want to die in a nice way, they want to get their head stuck in a stock fence and try and take it off, or literally rot from their backside.

“And then you pay to shear them; it’s £1.45 to have a sheep sheared, then you get 30p for the wool. Where’s the sense in that? I would shear them myself, but I won’t be doing that again after an incident with a sheep kicking my plums. You have a sheep upside down, which it doesn’t want to be, and this thing designed to shear the sheep, but could easily take your hand off. You’re not sure what to be more terrified about.

“But we don’t want to focus on animals; all farming programs like to look at the cute lambs. Arable is hard too. It never stops raining. Blame the car programmes for global warming. Top Gear ruined it for everyone.” 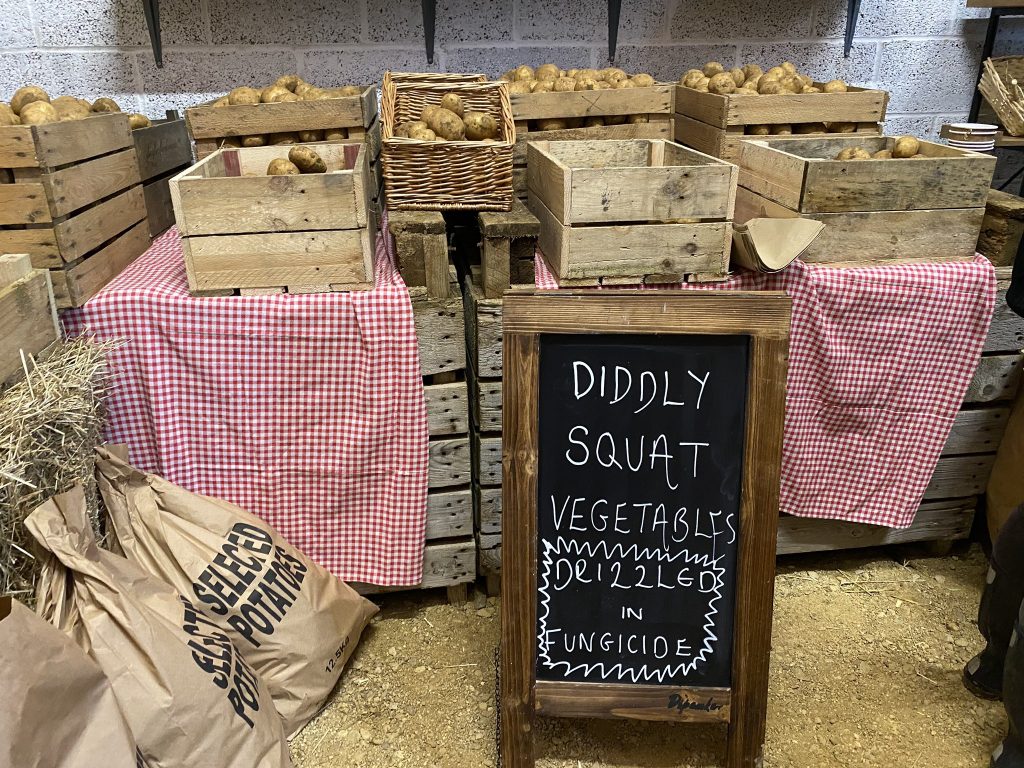 (Image © Councillor Liam Walker) In February 2020, Jeremy invited fans to the opening of his farm shop, where he sold produce grown on his 1,000-acre farm, Diddly Squat.

Clarkson’s Farm isn’t just about light-hearted laughs on a farm though, Jeremy is very much taking it seriously and has a new respect for farmers.

“I get annoyed with what people think about farming. It’s either the huge barns in Texas where they brutally grow pigs or cows, or Kate Humble with a freshly scrubbed baby lamb on a clean bed of hay. Farming is somewhere in between.

“Farmers are trying to fill the supermarket shelves with cheap good food, and at the same time look after the countryside. Every one of them I talk to is responsible and doing this all the time, despite what is going on with Covid, Brexit or idiotic political decisions. And in about 40 years I might understand how it works. I’ll be dead by then, but I might understand a bit more.

“The government’s not being particularly helpful either, saying we have to diversify, or retire and they’ll give us a cheque for £7.50 or whatever the latest hair-brained mad schemes are from the people who have no business running the nation’s agriculture. We should give farmers a lot more respect. We’re all eating what they produced.”

While Jeremy can’t confirm if there will be a second series, he did say: “I haven’t stopped farming. This is just an afternoon off. As soon as we’re done here, I am back to build poly tunnels to grow tomatoes, strawberries, and chillies. That’s the latest venture that won’t work. I am really trying my hardest to do it properly. I hope there can be a second series, but either way, I’ll keep farming.” 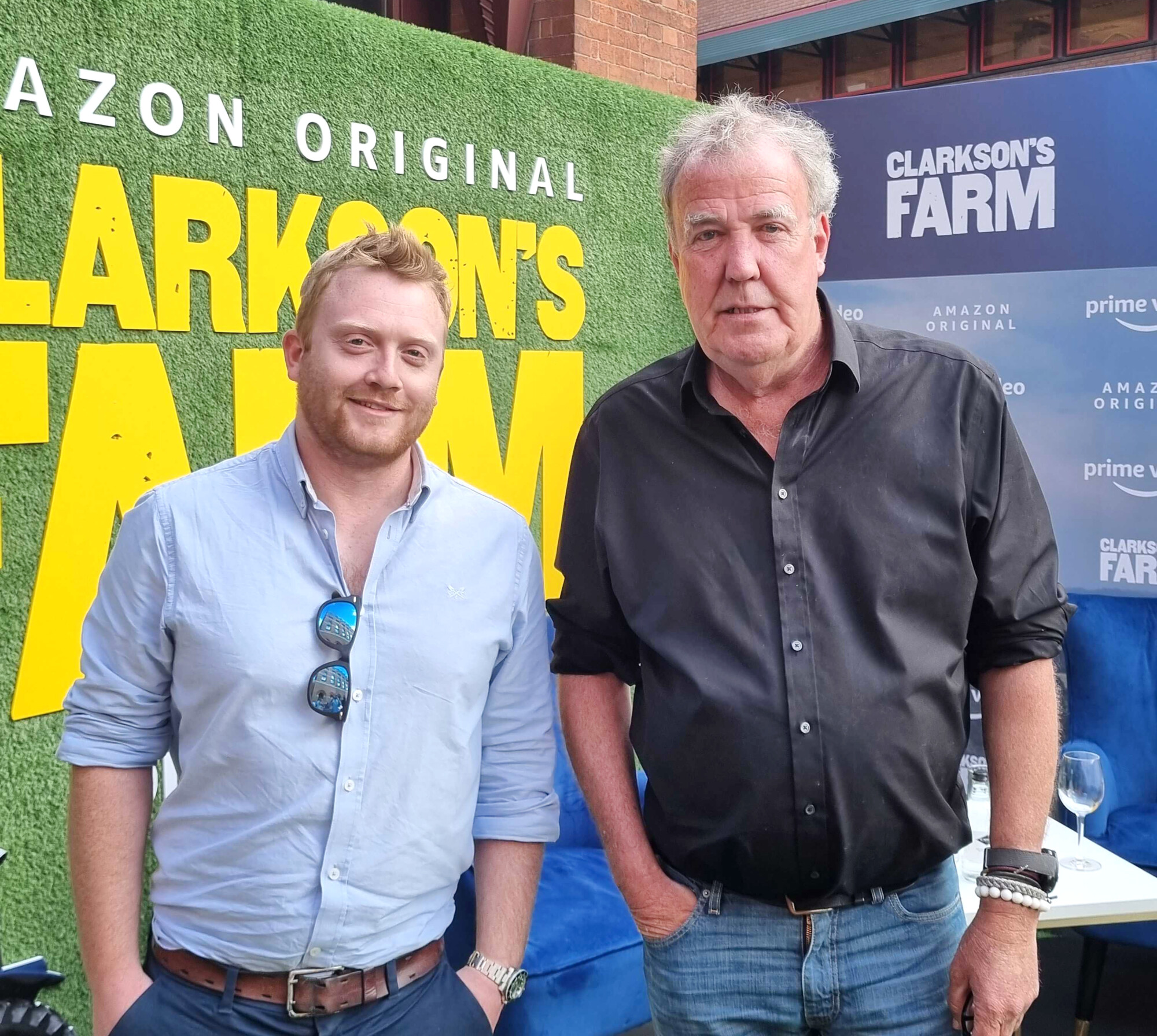 Asked by Farmers Guide if a farm like his can make money without any subsidies, Jeremy was torn about his answer: “In a good year, maybe, but these last few years, no. You’d be better off sticking the money in the bank and living off the interest. The weather has been awful and so yields have been too far down.”

So with that in mind, we asked if he would recommend the Government’s latest idea of encouraging older famers to retire to let young people get into farming.

Without any hesitation, Jeremy said yes: “It would be fantastic for young people to get into farming. You learn more in a year of farming than you do in any other profession. You have to learn about everything and be a midwife, politician, gynaecologist, tractor driver and a mechanic. It’s a great way of life. It’s the happiest I have been at work in all my life.”