A new farming book penned by Jeremy Clarkson is set to be published by Penguin, arriving in bookshops later this year, it was announced today. 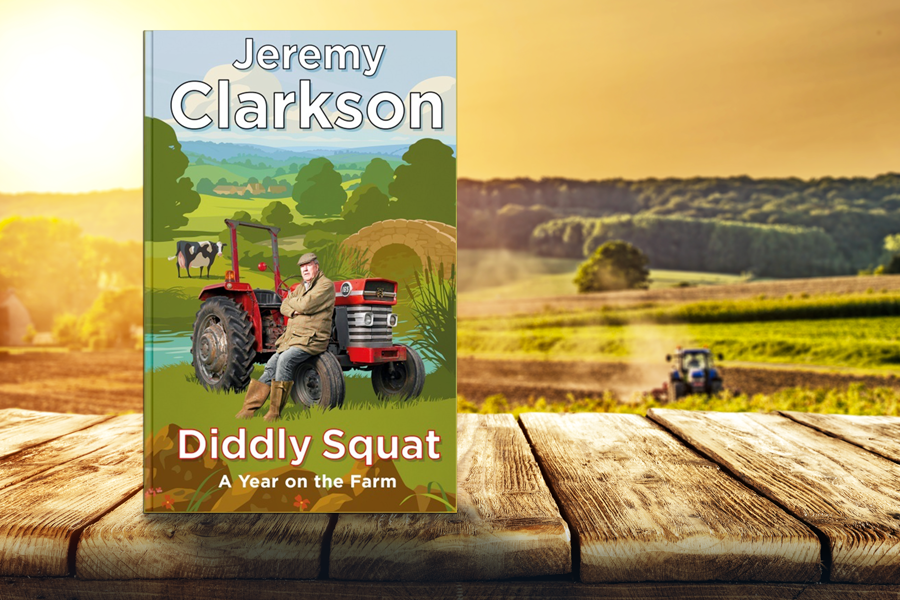 Clarkson’s Farm fans have had two weeks of good news – last week it was announced that the show’s second season has been confirmed, and today, it was revealed that Jeremy Clarkson’s new farming book: Diddly Squat: A Year on the Farm will be released in hardback and e-book on 11th November 2021.

Jeremy told fans the news via his Instagram account, posting the image of the front cover and simply stating: “I’ve done a thing.”

Penguin’s synopsis for the book is as follows:

‘Welcome to Jeremy’s farm. It’s an idyllic spot, offering picturesque views across the Cotswolds, bustling hedgerows, woodlands and natural springs. Jeremy always liked the idea being a farmer. But, while he was barrelling around the world having more fun with cars than was entirely reasonable, it seemed obvious that the actual, you know, farming was much better left to someone else.

‘Then one day he decided he would do the farming himself.

‘After all, how hard could it be?

Faced with suffocating red tape, biblical weather, local objections, a global pandemic and his own frankly staggering ignorance of how to ‘do farming’, Jeremy soon realises that turning the farm around is going to take more than splashing out on a massive tractor.

Fortunately, there’s help at hand from a large and (mostly) willing team including girlfriend Lisa, Kaleb the Tractor Driver, Cheerful Charlie, Ellen the Shepherd and Gerald, his Head of Security and Dry Stone Waller. Between them they enthusiastically cultivate crops, rear livestock, keep bees, bottle spring water and open a farm shop. But profits remain elusive.

And yet while the farm may be called Diddly Squat for good reason, Jeremy soon begins to understand that it’s worth a whole lot more to him than pounds, shillings and pence . . .

‘Outrageously funny . . . will have you in stitches’ Time Out

‘Very funny . . . I cracked up laughing on the tube’ Evening Standard

Farmers Guide can’t wait to give it a read, anticipating hilarity and humility, and a showcase of the highs and lows of the farming and agricultural world, that our readers already know so well.