For 10 years, RTKF Net has been assisting arable farmers and other businesses to increase productivity and efficiency. 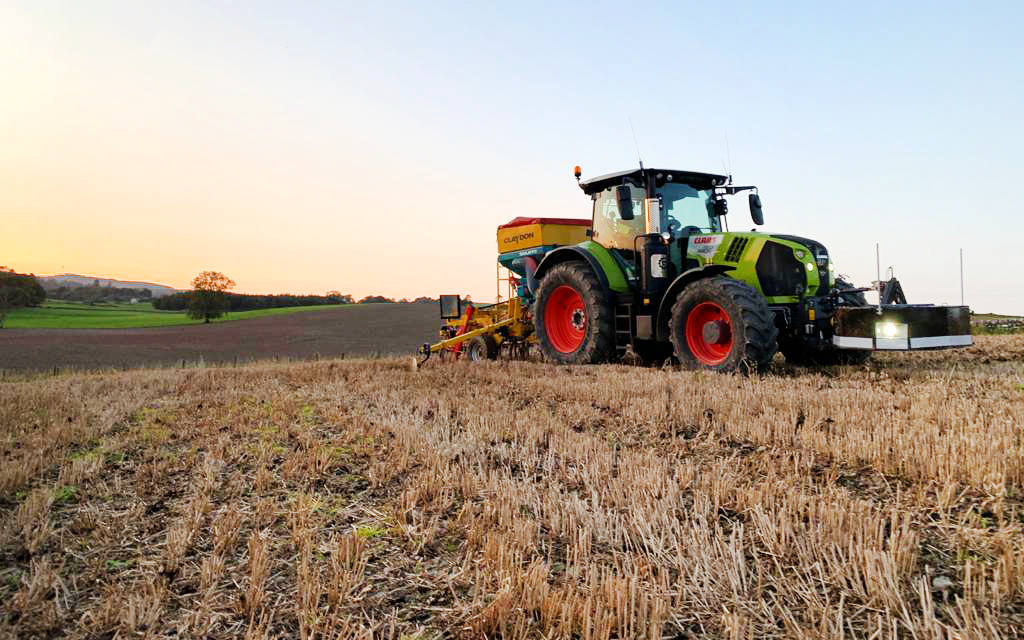 In 2010, four Cambridgeshire farmers set out to improve efficiency on their own farms. To do this, investment in equipment was needed to make their tractors automatically steer whilst carrying out operations in the field. The automatic steering system requires GPS, and to work at the highest efficiency, a very accurate form of GPS known as RTK is required.

RTK GPS uses local reference stations on the ground to improve the accuracy of standard GPS signals from 1–2m to 2.5cm. This meant that reference stations had to be installed and, as these stations have a range of around 15km, several would be needed to cover all four farms. Therefore, further investment was put into the installation of five stations. These were radio RTK Base stations – the only technology available at the time.

The impact on operations was immediately clear, and this encouraged other farmers in the area to invest in their own auto steering equipment and ask to use the RTK reference stations around Cambridge.

It was obvious there was a demand from the farming community for highly accurate GPS to improve practices and so RTK Farming was born, with the intention of investing in the installation of RTK Bases across East Anglia to serve its farmers.

By the end of 2014, RTK Farming was operating across the whole of East Anglia, with 250 tractors using the service. Demand had also grown in other areas, and the decision was taken to invest once again in expanding the network of reference stations, this time to cover Lincolnshire. In comparison, this work was carried out much more rapidly and, by the end of 2016, Lincolnshire was covered and many more vehicles were using the system, with Beeswax Dyson Farming being a key partner in the area.

By this time, the technology of RTK Base station had started to evolve and, rather than transmitting the RTK by radio signal, it could be done with the use of SIM cards and networked Base stations, known as Ntrip. This would allow RTK Farming to keep pace with changing technologies and grow its market base.

An investigation into other potential markets showed that industries such as construction, surveying and marine, as well as the emerging robotics sector, were in need of a reliable, high accuracy GPS solution. These sectors needed a nationwide solution as these businesses are not geographically bound like a farm is and so a project was undertaken to ensure the full coverage of England, Scotland and Wales. It was also decided to rebrand the company as RTKF Net to not limit its capabilities to farming.

During 2020 this expansion was finalised and, in its 10th year, RTKF Net has become a nationwide company serving over 1,000 users across multiple sectors. What started as a collaboration between neighbouring farmers to support each other has transformed into a nationwide infrastructure that benefits many different industries and brings precision, efficiency and a personal connection to its users.