Doing it differently: ‘We are farming the way our fathers did’

As we face a global pandemic that is unprecedented in most of our lifetimes, there has been much in the press about utilising the ‘blitz spirit’ to get us through these challenging times. And it appears that one thing is certainly comparable to war time – farm shops are reporting a dramatic increase in business as many consumers switch to buying local. 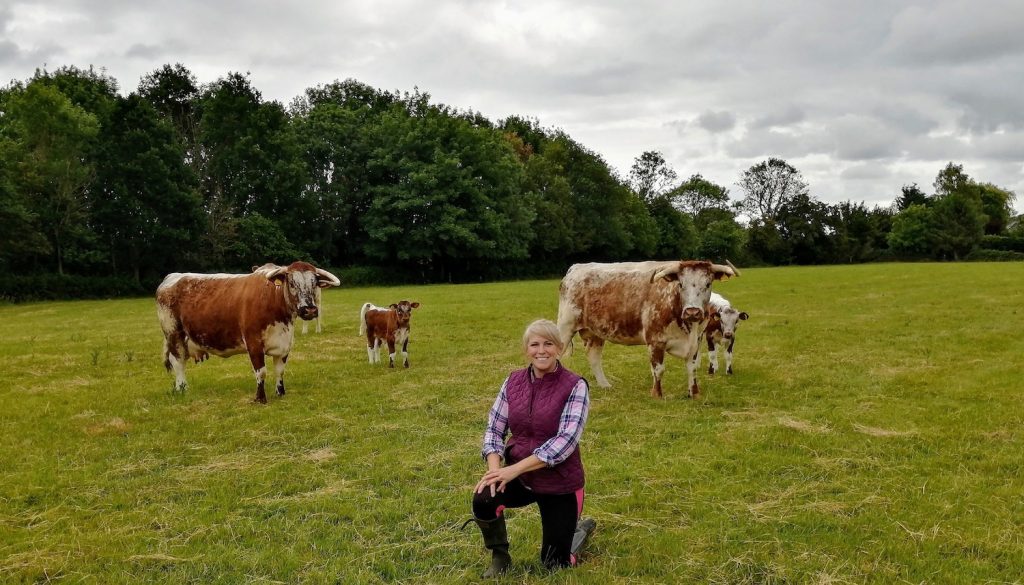 As we face a global pandemic that is unprecedented in most of our lifetimes, there has been much in the press about utilising the ‘blitz spirit’ to get us through these challenging times. And it appears that one thing is certainly comparable to war time – farm shops are reporting a dramatic increase in business as many consumers switch to buying local.

One farm in Suffolk has returned to ‘post-war’ methods of animal rearing, and since the Covid-19 pandemic, business is booming. Farmers Guide caught up with them to find out more.

Suffolk farmers Katie Mitcham-Henry and Mike Phillips are passionate about using traditional husbandry methods to rear their rare native breeds, which include English Longhorn cattle and Oxford Sandy and Black pigs. Such slow-rearing breeds were selected, not just because of their superior flavour, but also the conservation benefits they offer.

Herds are 100 per cent grass-fed and medications are used only when needed, most commonly in breeding animals after difficult births. “Because we have low stocking densities and all our animals are free range, we don’t have that problem of, if one sow gets pneumonia it will spread through the whole shed. We keep closed flocks and herds so our animals build up their own natural immunity,” she adds.

“I don’t think we have ever given a meat animal any form of antibiotic and we don’t do vaccinations either, but we’ve never had a disease problem.”

Heath Farm Suffolk, which spans around 100 acres, provides a true ‘farm to fork’ experience, as Katie and Mike complete the entire process themselves – from rearing the animals, to taking them to slaughter, butchering and selling produce in the farm shop. For them, conservation, education and using the entire animal to avoid waste, are key to their vision. 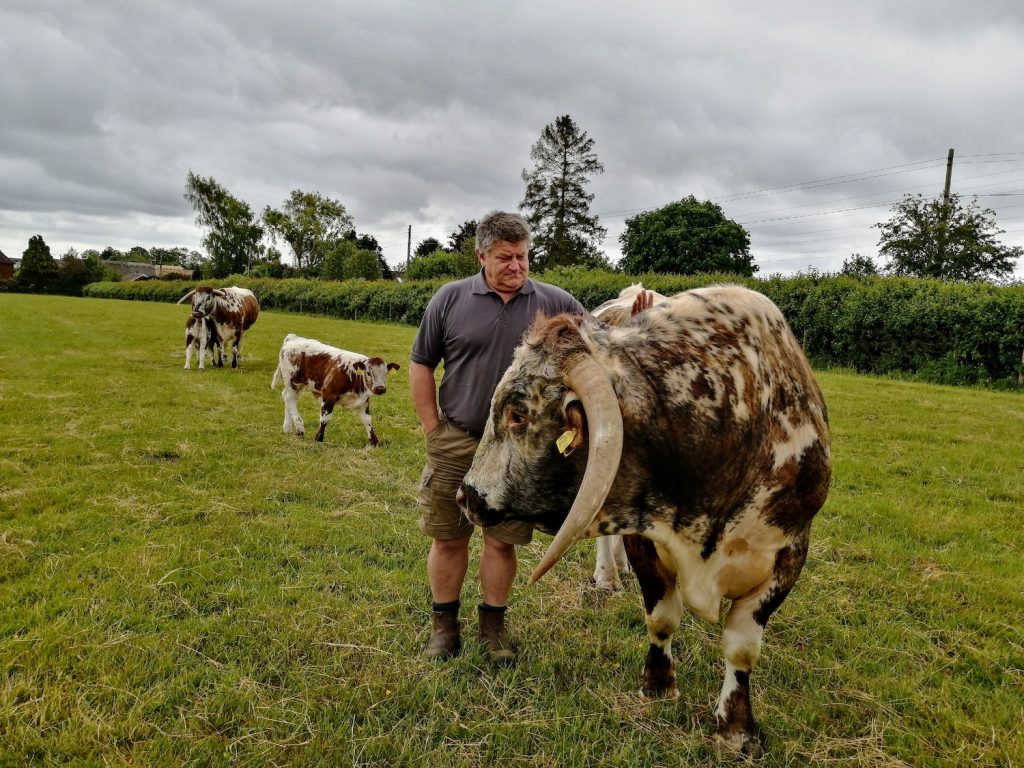 Mike Phillips started with 12 acres and now farms around 100 acres.

Katie says: “Food, sadly, has become a throwaway commodity. Food is the only commodity in the UK where people don’t pay the true value of what it’s worth. You go to the hairdresser’s, you pay £100; people buy say half a lamb for £70 – that’s half a year’s work.

“We are rearing animals how our fathers reared them, using slow rearing breeds… We know that for every single one of our animals, the whole animal is used.

“We know food waste in this country is through the roof. People go to the supermarket and buy three packs for £10 and if it goes out of date, because it’s a throwaway commodity, they throw it in the bin.”

As the farm sells everything it rears in the farm shop, Katie says they are in control of where their meat goes, and can rear according to demand. Using all of the animal means they do not need to rear large numbers of animals, she adds.

Katie makes all of the ready meals sold in the shop, including steak and kidney puddings and liver and bacon casseroles, to ensure the entire animal is used. Leftover vegetables are also made into sauces and chutneys.

Heath Farm makes its own winter feed and this is the first year that pregnant cows were brought inside to calve, owing to the exceptionally wet winter. All breeding stock live their entire lives outside on grass and haylage, and ex-breeding stock are given a free-range retirement on the farm.

Building up the farm

Katie and Mike have built up their farm over the years without any financial help, from just 12 acres when Mike started, to around 100 acres today.

“We get no subsidies, no grants no loans, we have done it ourselves,” Katie says. “Even though we’ve always been full time on the farm, we have had other jobs to pay our feed bills. We can turn around at the end of the day and say all those livestock in the field, we own. The bank is not going to turn up and take our farm away. “

Before Heath Farm, Katie was a highly successful professional chef but came back to run her family’s arable farm in Suffolk when her father was left paralysed by a car crash. She and Mike went into business together after finding they had a shared vision. 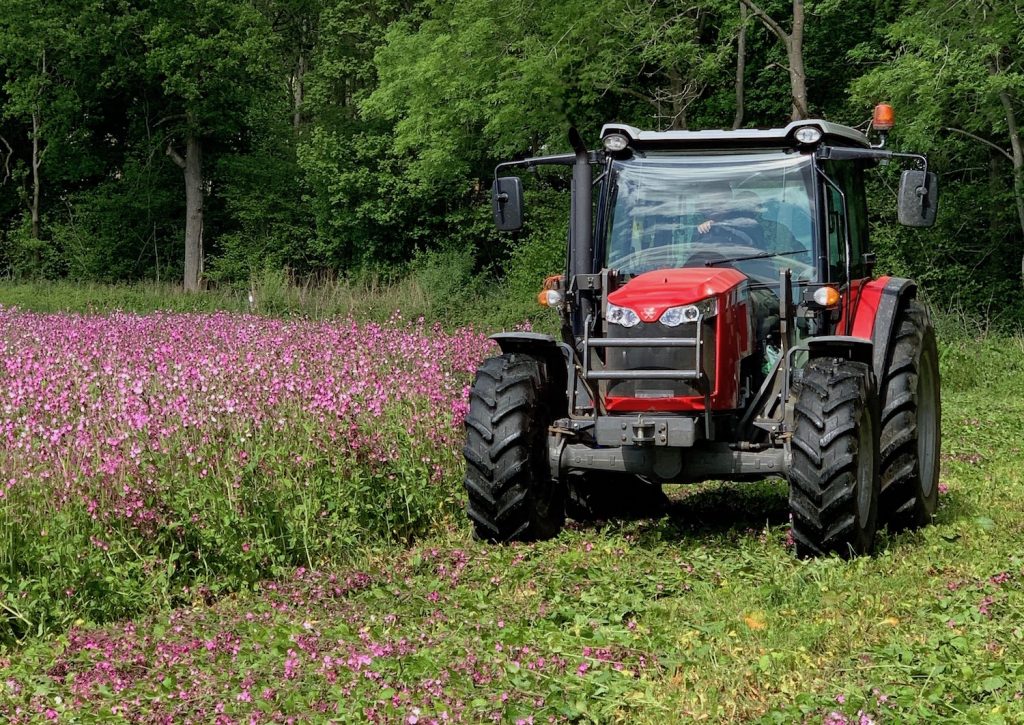 The environment, educating the public and using the entire animal to avoid food waste, are key to Mike and Katie’s vision.

Commenting on criticisms often levelled at farmers in the media, Katie says farmers do their work “for the love of it”, not for profit, and that given the choice “wouldn’t farmers like to be able to rear less animals with a higher welfare, working with the environment, rather than having to force mass production to meet demand for cheap food?”

She also points out: “If we had to give up our 100 acres because we weren’t supported, I’d say 80 per cent of our land would be turned into housing. So for me, if people supported British farming then hopefully we will be preserving land. The more our business grows and develops, the more green land we can retain.”

Katie believes that the pandemic has prompted more people to source locally, and the farm shop has seen a five-fold increase in business.

“Everyone puts a value on cigarettes, alcohol, hairdressing, but when it comes to something that’s meant to sustain you, keep you healthy – obviously what you put in your body determines how your body will work – I think we’ve somehow lost over time actually valuing where food comes from because it’s become a throwaway commodity.

“With what’s been happening lately with Covid, people are starting to source locally and want better food – and it actually doesn’t cost much different.”

Customers shopping at Heath Farm during the pandemic can park in a nearby meadow, handwashing facilities must be used before entering the shop and only one person is allowed in at a time. Different sections of the shop also help to allow for social distancing when paying.

Children are given educational packs and Katie says she tries to educate new customers on what their farm does, and the value of British food, when they come into the shop.

Heath Farm are not alone in seeing a spike in customers since the pandemic. After panic buying left many supermarkets with empty shelves back in March, many turned to their local farm to get supplies. Even now, delivery slots are hard to come by and many prefer the stress-free shopping experience provided by a rural shop, to socially-distanced queues and one-way systems in the supermarket.

Let’s hope that when the pandemic is over, consumers remember the value of British food, and the local farm shops that supplied them with healthy nutritious food during a global crisis.

Women in Agriculture Scotland: Putting you in the picture