For the first time in history, a judge has held a corporation liable for its dangerous contribution to climate change. 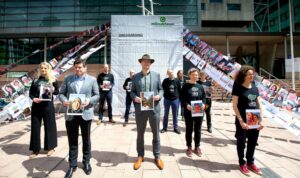 On 26th May, as a result of legal action brought by Friends of the Earth Netherlands (Milieudefensie) collectively with 17,000 co-plaintiffs and six other organisations, the court in The Hague ruled that Shell must reduce its CO2 emissions by 45 per cent within 10 years. This historic verdict is predicted to have consequences for Shell and other big polluters globally. 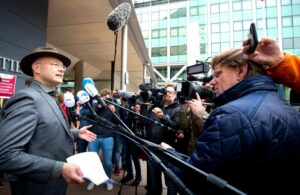 Director of Friends of the Earth Netherlands, Donald Pols, said: “This is a monumental victory for our planet, for our children and a big leap towards a liveable future for everyone. The judge has left no room for doubt: Shell is causing dangerous climate change and must stop its destructive behaviour now.”

Donald Pols concluded: “This verdict is an enormous step forward for the international climate movement. One of the world’s biggest polluters has finally been held responsible. I am filled with hope for the future, as we know that the climate crisis does not wait and does not stop at our borders. That is why it is so important that the judge is now forcing Shell to take responsibility for its actions. This is also a clear signal to the other big polluters must stop wrecking the climate.”

Watson Fuels’ vice president, Claire Bishop, said: “Reducing the carbon footprint of Watson Fuels and becoming carbon neutral has always been an important priority for our business. We are passionate about reducing our own emissions and, aided by our colleagues at World Kinect Energy Services, we understand the complexities of becoming carbon neutral, ahead of the government’s 2050 Net Zero deadline.” 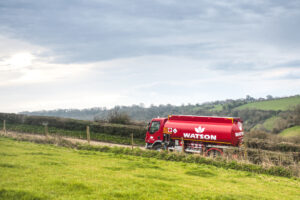 Clare added: “Our aim now is to support our customers to be able to achieve their own carbon reduction goals through our new carbon offset fuel packages, by providing a cost-effective, convenient and simple way to do it. The first step is to become more efficient by finding ways to reduce energy use, then replace with lower carbon fuel options where available and any emissions that can’t be eliminated that way can be offset by switching to carbon offset fuel from Watson Fuels.”

In 2019, Watson Fuels became a fully carbon neutral company by taking various actions and using carbon offsetting to compensate for its residual carbon dioxide (CO₂) emissions. It recently launched its own Carbon Offset Fuel to support the sector in managing its carbon footprint.

Reducing carbon footprint is something every sector and industry is having to navigate, including agriculture and farming.

In response to the verdict, a Shell spokesperson said: “Urgent action is needed on climate change which is why we have accelerated our efforts to become a net-zero emissions energy company by 2050, in step with society, with short-term targets to track our progress.

“We will continue to focus on these efforts and fully expect to appeal today’s disappointing court decision.”

“We must support the diversity of farms” – Prince Charles