Farm Safety Foundation has come up with a list of top tips for driving safely with cyclists on the road, as British Cycling has seen a threefold increase in membership since the 2012 Olympics. 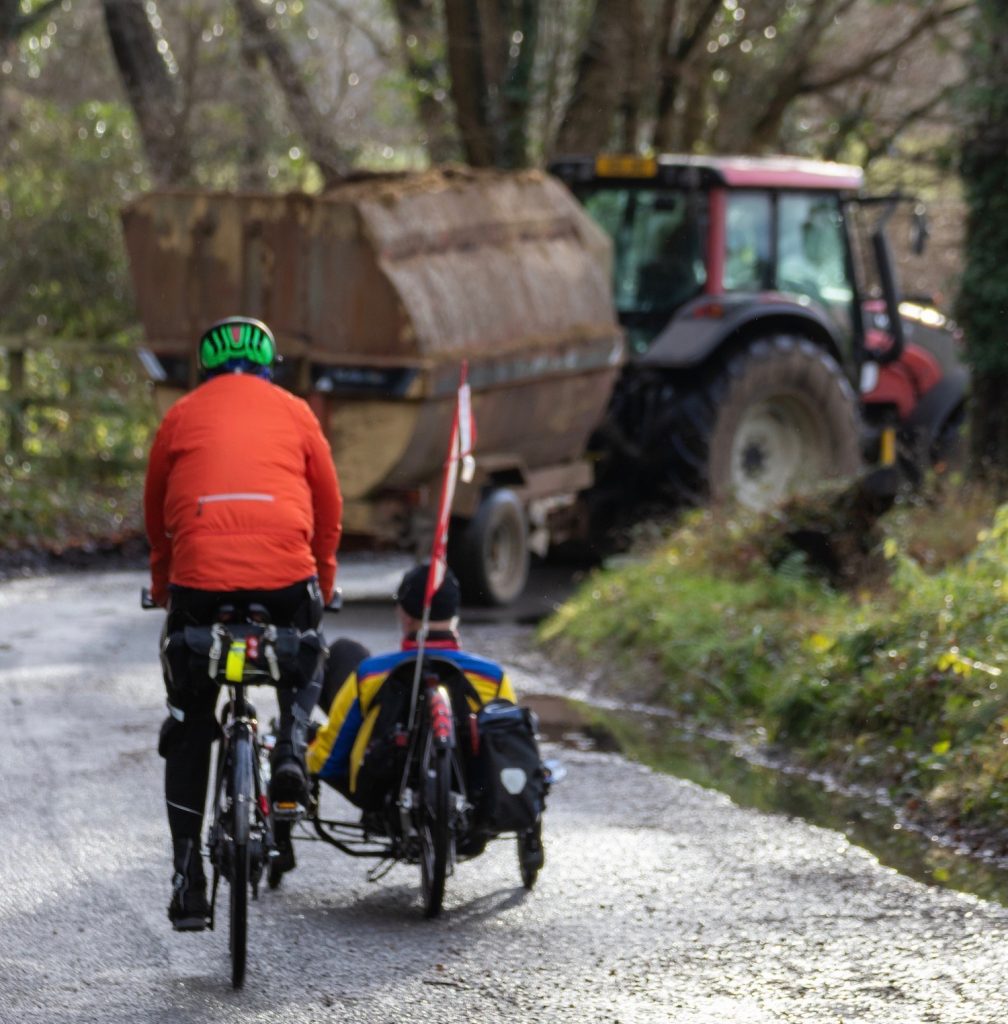 Farm Safety Foundation has come up with a list of top tips for driving safely with cyclists on the road, as British Cycling has seen a threefold increase in membership since the 2012 Olympics.

In total there were 1,784 reported road deaths in 2018, 58 per cent of which occurred on rural roads. Although many farmers are involved in these fatalities, they are not included in the HSE fatal injuries in agriculture figures.

Farmers can pass road cyclists safely in some circumstances, and in fact, Rule 163 of the Highway Code states that, when passing cyclists, all drivers should give ‘as much room as you would when overtaking a car’ – typically 1.5 metres.

Despite common perceptions, it is legal for cyclists to ride two abreast with Rule 66 of the Highway Code only stipulating that cyclists should ride in single file ‘on narrow or busy roads and when riding round bends.’

Farm Safety Foundation have come up with the following rules to ride by:

Stay alert – Recognise that you’re in an environment where you might encounter groups of road cyclists enjoying an evening ride. Cyclists have every right to be on the road, but it’s up to you to be proactive in protecting yourself. Stay alert, make eye contact and wave, when possible.

Slow down – Farm vehicles often travel at slow speeds anyway but resist the temptation to assume that you are the only vehicle on the road. On the flat, a group of cyclists can easily be travelling at 20-25mph so be aware that, just because you haven’t spotted the brightly coloured Lycra in the distance doesn’t mean that it won’t suddenly appear out of nowhere.

Pull over carefully – Take the standard precautions: Wait for a safe passing zone, watch for oncoming traffic, signal and return to the lane once all the cyclists are in your rear-view mirror.

Signal – Road cyclists have their own hand signals but they also need to know where you are going, especially if you are making a wide left-hand turn. Be prepared that rural roads may be prone to potholes and loose dirt and stones and cyclists may have to manoeuvre or stop suddenly. So always use your mirrors and always check for erratic cycling, hand gestures or lights signalling the cyclists’ intention to swerve or overtake.

Know the basics – Following the speed limit and wearing your seat belt is just as important in the country as it is on city streets. Seat belts are a legal requirement on all tractors where there is a risk of overturning and it is reasonably practicable to fit one.

Take a second look – Before you pull into any intersection, turn into a field or driveway or make a move to pass, be 100% sure your path is clear in all directions. This is especially important when entering the road from an unmarked access drive or in an area with particularly high hedges.