Hertfordshire farmer Eveey Hunter this week suffered significant damage to three vehicles as thieves targeted GPS equipment and tractor terminals/screens – and according to her machinery dealer, she was far from the only one. 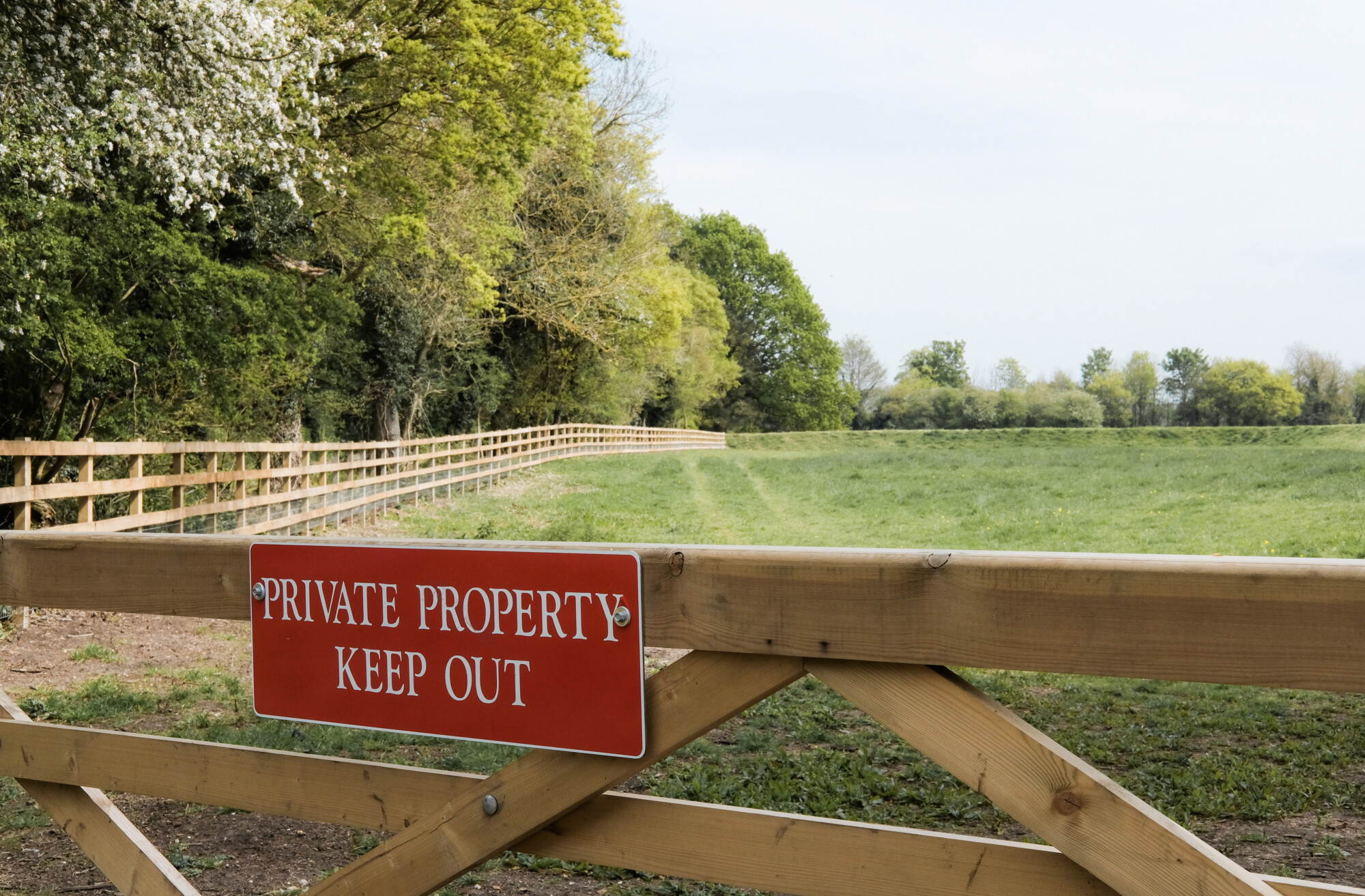 When you type ‘farm thefts UK’ or ‘rural crime’ into Google news search, you are faced with pages of recent reports from Scotland to Norfolk and this week, farmer and soon-to-be mum, Eveey Hunter from Hertfordshire was targeted.

You might recognise Eveey’s name; she is part of the NFU’s current Student and Young Farmer Ambassadors cohort of 2020/21. The ambassadors help to tell the incredible story of British farming from an upcoming young generational point of view.

Farmers Guide heard from Eveey, and here’s what she had to say: “The damage was caused by the theft yesterday. Between 1am when we finished combining and 7am when we returned to the field. 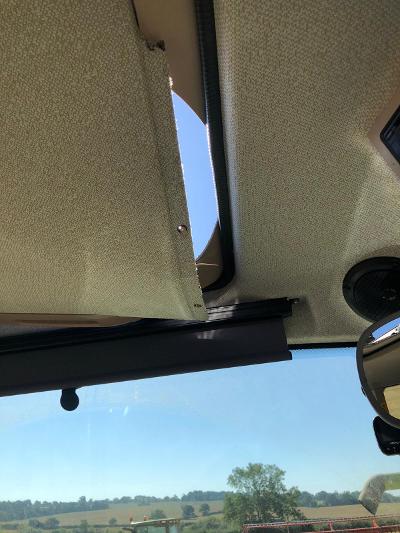 “They broke the locks and completely wrecked those mechanisms on all three vehicles (Claas Lexion 8800, Fendt 828 and John Deere 6215R), which were all parked in the field behind the farmyard where we have farmed and happily parked machinery for a very long time with no trouble.”

Eveey added: “They were targeting GPS equipment and tractor terminals/screens. They ripped the entire roof section off my Fendt as that’s where the receiver is now located; they took the GPS receiver off the John Deere roof also.

“They ripped out and cut all wires to the terminals in all three vehicles, meaning we need to re-wire them all completely to get them working again. Luckily we got the combine moving last night about 6pm thanks to Olivers’ fitter spending a whole day in the combine cab reprogramming it.”

Eveey’s machinery dealer told her that on the same night in their area, they knew of 32 other tractors that were targeted for the same thing.

According to further reports, around 40 GPS equipment items were stolen from farms in Suffolk, Norfolk and Hertfordshire overnight on Tuesday 7th September.

A spokesperson for NFU East Anglia said: “This is the second time in 12 months we have had such an organised targeting of GPS systems.

“We have worked closely with the police and other partners to share intelligence that led to arrests last time.

“It is disappointing that the organised criminals are back targeting GPS screens at such an important time of year.”

Behind every farm theft or rural crime, there is an impact on farmers and their families – as farms are both places of work and people’s homes. These thefts cost farmers thousands upon thousands of pounds in losses, but also in terms of the devastating emotional impact on individuals.

The charity Crimestoppers recently launched the biggest national rural crime campaign in its history with an appeal for anonymous information to help protect hard-pressed rural communities.

NFU Mutual has urged farmers and members of the public to report any suspicious activity – unknown vehicles not known to the farm, trespassers or drones over farms – to 101, or 999 if a crime is taking place.

Farmers Guide has contacted the Metropolitan Police for comment.

Have you been impacted by farm thefts or rural crime recently? Farmers Guide would like to hear from you. Email us at views@farmersguide.co.uk 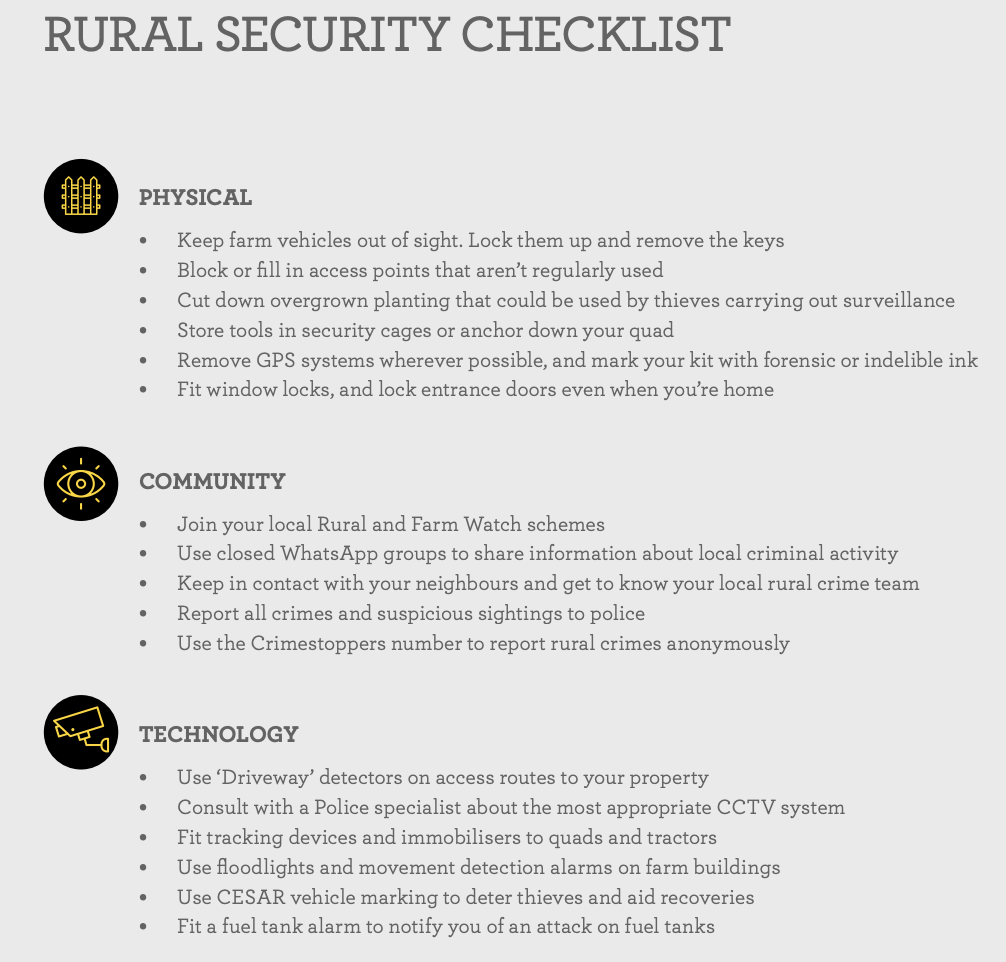 Crimestoppers appeals for anonymous information on those harming the countryside