Oilseed rape has dominated the new varieties to the AHDB Recommended Lists 2020/21 offering, in many cases, a large yield advantage over existing material. Dominic Kilburn attended the launch in early December.

While this season is again showing that major challenges growing oilseed rape remain for many growers, it should at least be welcome news that there is no shortage of new material coming through from breeders with increased yields and improved traits.

Overall there are eight general purpose varieties which are new to the RL with up to four per cent improvement in yield over the previous top yielding variety, while five specialist varieties including clubroot resistant, semi-dwarf, Clearfield and HEAR types also make the new RL.

In addition, 25 per cent of all varieties on the RL now have turnip yellows virus (TuYV) resistance and there are improved ratings for key diseases stem canker and light leaf spot.

Compared with previous highest-yielding variety Aspire, conventional variety Acacia has a three per cent UK gross output yield advantage (109), a four per cent advantage East/West (110) and three per cent (108) in the North.

According to Dr Gosling, the variety has good stem stiffness with a high resistance to lodging (based on limited data), is relatively short and a little weaker on disease.

Conventional, open-pollinated variety Aardvark also gains recommendation for the UK and while its E/W yield is a little down compared with Aspire, it is ahead in the North (106). “This variety has high resistance to lodging (based on limited data) with good stem stiffness at maturity,” pointed out Dr Gosling.

“It has high resistance to light
leaf spot (7), is a relatively early-flowering variety but, like Acacia, lacks TuYV resistance.

“It will be more attractive to growers in the North,” he added.

Ambassador has a high treated gross output (E/W), high resistance to lodging (based on limited data) with good stem stiffness at maturity, as well as high resistance to both light leaf spot (7) and stem canker (8). It also has resistance to TuYV and is a relatively early-maturing variety.

It is a relatively early-maturing variety.

Two hybrids in Dazzler and Darling (bred by DSV) have gained recommendation for the E/W region only. Their yields are a little down on Aspire (104 and 103 respectively) but both have good lodging resistance (limited data), stem stiffness at maturity, high resistance to stem canker (both 8) and resistance to TuYV.

Recommended for the North only is conventional KWS variety Blazen and limited data suggests that this variety has given a high treated gross output in that region (105). It has high resistance to lodging (based on limited data) and is very stiff-stemmed at maturity.

Turning to new entries on the RL with specific purposes, DSV’s hybrid Crocodile (105) has been recommended for E/W as a clubroot resistant variety. “It has a three per cent yield advantage over Crome
and similar lodging (8), stem
stiffness, height and susceptibility
to stem canker.

“Basically it’s a Crome with more yield,” he suggested.

Croozer from LSPB is another hybrid for the E/W region with clubroot resistance. The variety has similar yield and resistance to lodging (limited data) to Crome, is a little earlier to mature and has very high (9) resistance to stem canker.

“It’s important to remind growers that some strains of clubroot are able to overcome the resistance in these varieties and growing them repeatedly will select for these more virulent strains, potentially causing the resistance genes to become ineffective.

“This year we have separated clubroot resistant varieties in the RL tables and growers should carefully follow the guidelines on how to use them,” advised Dr Gosling.

Coming onto the UK List as a ‘described’ variety to “keep the interest in semi-dwarf types”, PX131 from Corteva has a gross output of 97, good stem stiffness (9), shortness of stem (9) and has good resistance to light leaf spot and stem canker.

Also recommended for this region is the herbicide-tolerant (Clearfield) variety Nizza CL (from RAGT). This has stiff straw, good stem canker resistance but a low light leaf spot resistance rating (4).

Finally, Resort (from LSPB) replaces Ergo on the List as a described HEAR variety. Compared with Ergo, Resort offers increased gross output yield and better disease ratings. It is recommended for the UK.

RGT Saki (RAGT) is the soft Group 4 recommended for the UK region and comes with a very high yield of 104, sitting between Skyscraper and Spotlight. According to Dr Gosling, its untreated yield (84) is where the interest in this variety will be. “It has strong disease rating – septoria tritici (6.8), yellow rust (9) and brown rust (8) – good resistance to lodging and orange wheat blossom midge (OWBM) resistance.

“However it doesn’t get a recommendation for UK distilling and is a little later to ripen (+3 on Skyfall),” he said, adding that its specific weight (75.7) could potentially be an issue.

Recommended for the West, Theodore has a strong overall disease package, including exceptional septoria tritici resistance (8.2) and a high untreated yield. However, its relatively low specific weight (73.8) may concern some growers.

During 2019 higher than expected levels of yellow and brown rust were seen in a number of winter wheat varieties in some trials and, acknowledging this, Dr Gosling said that while careful analysis of the 2019 data from RL trials did not reveal dramatic changes in average disease ratings, given the highly dynamic nature of yellow and brown rust populations in the UK over recent years, all varieties should be closely monitored for rusts. “In line with this, for the 2020/21 RL, rust ratings are highlighted within a yellow box on the tables accompanied by a note emphasising the need for growers to monitor all varieties in all situations, as they can respond in a different way to the ratings,” he explained.

Group 2 KWS Giraffe (from KWS) is the only addition to the spring wheat List and, despite its name, is one of the shortest spring wheat varieties on the RL.

Lower yielding (103 spring sown) than KWS Cochise, it makes up for that with its quality – good specific weight (79.8), Hagberg (271) and protein (13.3) – although baking trials have shown a bit of variability, hence its Group 2 position.

It has a similar disease package to Cochise and is slightly earlier.

Four new spring barley varieties are on test for malting. SY Splendor (from Syngenta), for brewing, offers a yield improvement over current varieties at 107 (UK), with good specific weight.

Iconic (from Agrii), also on test for brewing, has recommendation for the West region. This variety has given high treated yields in the North region and limited data suggests it has a high yield potential in the West. Limited data also suggests that it has relatively stiff straw with high resistance to brackling. Iconic has given high yields in untreated UK trials and has high resistance to mildew (9).

Minor changes feature on the winter barley List with no new recommendations for malting. KWS Hawking (KWS) and Jordan (Elsoms Ackerman) are both two-row feed varieties.

KWS Hawking has one per cent more yield than KWS Gimlet for the UK and West regions and the same (106) for the East. It has a similar agronomic package to Gimlet, including ripening and lodging resistance.

Jordan has increased yield over Surge in all regions, a higher untreated yield, similar disease resistance and is a little later to ripen.

With no new recommendations for winter oats, WPB Isabel (from KWS) is the only newcomer to the spring oat RL. As well has having a high yield (104), Dr Gosling reckoned the variety would be of interest for its quality, featuring a high kernel content (76.8) and specific weight (55.7).

Limited data suggests that the variety has very high resistance to lodging, he added 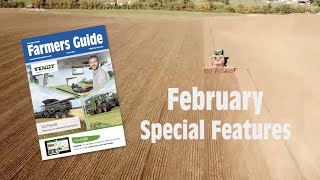