Fertiliser applicator ticks all the boxes for organic farm

Farmers Guide heard from Bedlam Farms company director Tobias Martin. Specifically about his fifth-generation organic farming business and their use of a new fertiliser applicator. 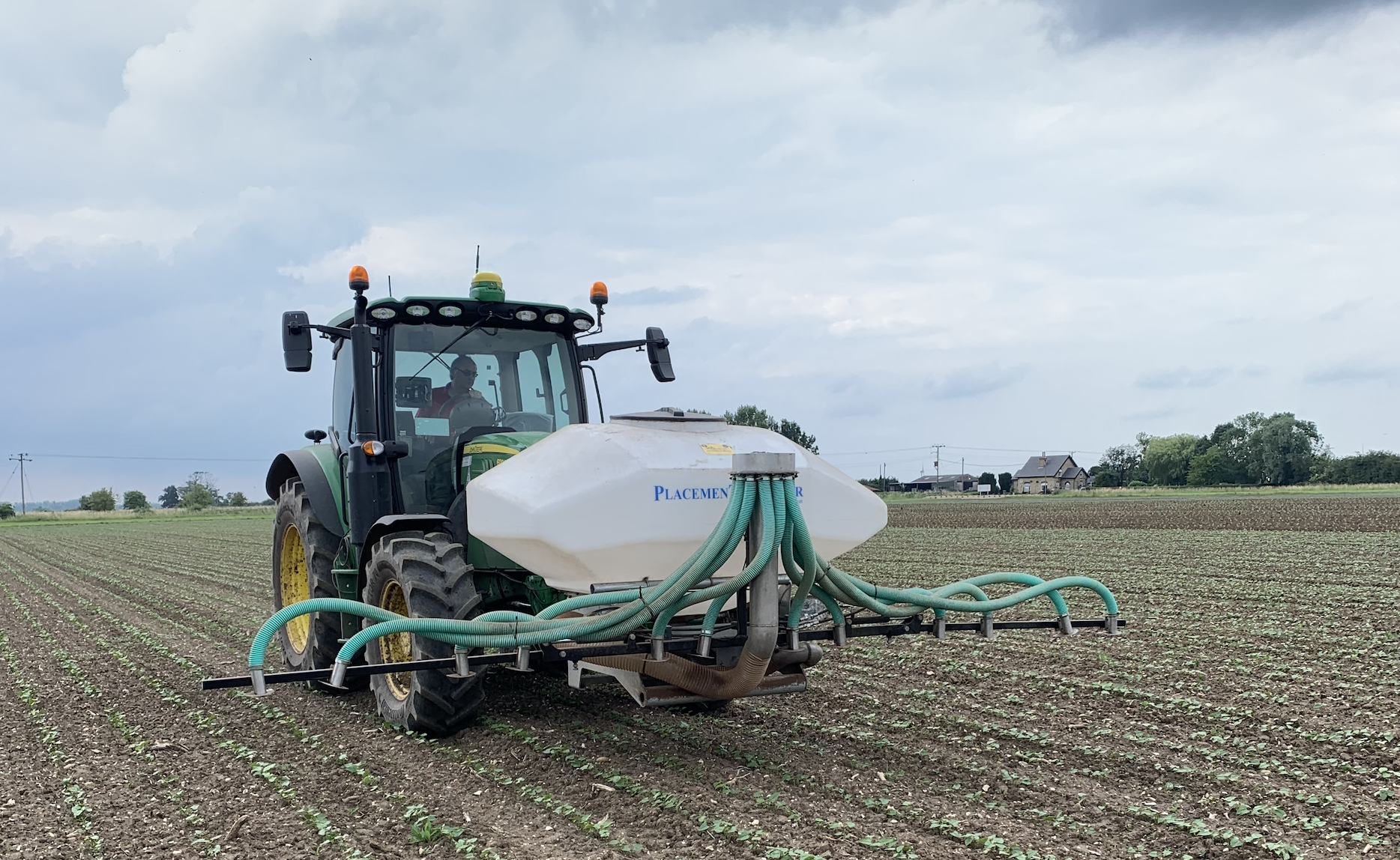 When the organic farm company invested in a new Placement Pro Air applicator from Techneat Engineering in October 2020, their key goals were; improving the accuracy of fertiliser application across different row widths, reducing product wastage and eliminating the need for additional inter-row weed control.

Supplying many niche vegetables including asparagus, broccoli, fennel and artichokes to the UK’s major supermarket chains since 2006. When one-third of the farm was converted to organic, Bedlam’s success is well documented and Tobias is happy to confirm that the company’s investment in both excellent staff and high-quality farm equipment has contributed to the growth of the business in the last 15 years.

“Organic crops now represent 180ha of our 550ha farming business and all organic crops are grown at our main site near March in Cambridgeshire. As it has for many UK businesses, Brexit has admittedly had an impact, particularly on staff retention, but I think we’ve shown great resilience and the future for the organic business looks very strong.

“Prior to the purchase of the Placement Pro Air last year, we used a traditional broadcast spreader which, although fine for our conventional crops, did not offer the flexibility we needed for the organic crops. Many of which are grown on different row widths. Without the placement accuracy we needed, a follow-on problem was that fertiliser was often placed in the spaces between crop rows leading to product wastage and an eventual build-up of weeds requiring more time spent on additional weed control. Following a recommendation from our fertiliser supplier, we were put in contact with a locally-based manufacturer (Techneat Engineering) to discuss a new fertiliser applicator.

“The brief we gave them was to design, build and test a new Placement Pro Air applicator with a larger than standard 1500L hopper. To help save time spent on re-filling and, most importantly of all, a fully adjustable set of outlets. Which could be repositioned along the full width of the machine’s boom to cover all the different row widths we needed – ideally in under 45 minutes so we could keep transition time to a minimum. By November, they had delivered the new machine with Managing Director Tom Neat personally supervising the calibrating and testing together with some staff training to help us reduce set up time.

“Like most of the Techneat range, the strengths of the machine are that it is simple to operate, quick to set up and easy to calibrate. Front-mounted on a John Deere 6150R tractor; the granular fertiliser is metered into an airstream via a powerful hydraulic fan. It is then distributed to a number of outlets, flexibly positioned along the full width of the boom to conform with any row width we require.

“Overall build quality is excellent with stainless steel components to ensure accurate, corrosion-free operation. If desired, the Placement Pro Air has its own electronic control system to control forward speed and application rates that can run independently or be linked to the John Deere’s GreenStar guidance system. There have been no maintenance issues since purchase. With the machine’s design simplicity helping, given there is very little that could go wrong. Nozzle spacing alterations take around 30-40 minutes to re-set the machine for different crops so there’s very little ‘stop-start’.

“Going forward, we do have an option to mount a cultivator on the tractor to work in tandem with the new applicator when applying starter fertiliser. This would further reduce crop passes helping to protect our soil as well as reducing fuel costs, so it’s certainly a direction we may go down” concludes Tobias.

Fertiliser applicator ticks all the boxes for organic farm