Many farmers are looking to install wind turbines to power glamping sites, according to UK manufacturer FuturEnergy, which has launched the first remote-controlled micro wind turbine. 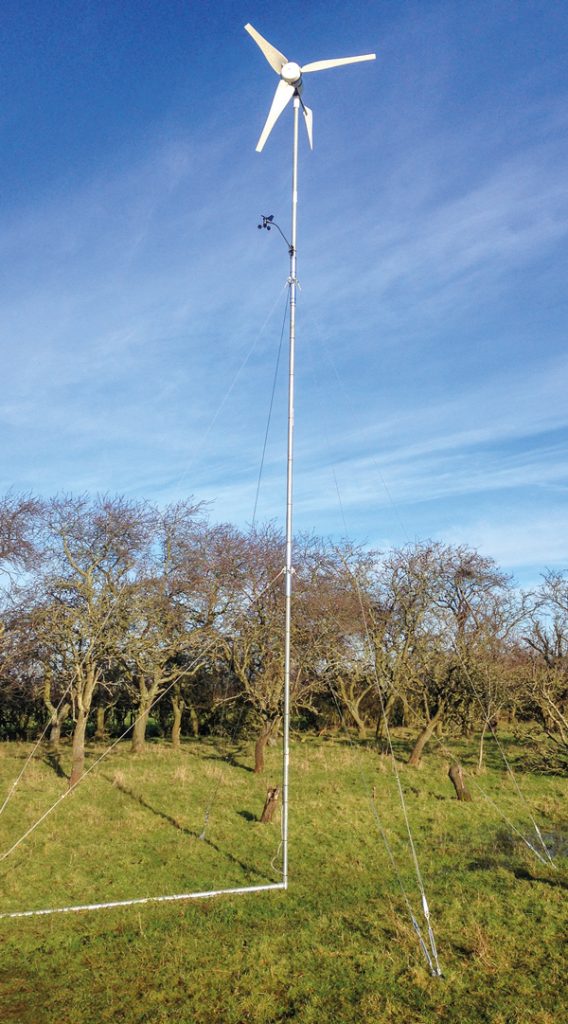 Many farmers are looking to install wind turbines to power glamping sites, according to UK manufacturer FuturEnergy, which has launched the first remote-controlled micro wind turbine.

Wind power is one of the fastest-growing land-based renewable energy sources available to farmers, both for self-supply and to export to others, according to the NFU. Out of 8GW of onshore wind power that was installed in the UK by 2015, around 200-300MW is thought to be in the form of farmer-owned wind turbines, and this figure is expected to grow to as much as 1,000MW by 2025. With 75 per cent of UK land area belonging to the agricultural sector, the NFU says farmers are well-placed to capture renewable energy flows, whilst maintaining their traditional role in food production.

UK-based wind turbine manufacturer FuturEnergy Ltd says it is seeing many farmers who are looking to diversify into wind power, predominantly to generate heating and lighting for setting up glamping sites off-grid. Other applications include electric fencing or remote heating and lighting for lambing sheds, but the company says there are many options for farmers, depending on what they require for their business. As well as helping with diversification projects off-grid, wind power could also reduce costs by generating electricity on-farm.

FuturEnergy launched the first remote-controlled micro wind turbine, AirForce Control, which means farmers no longer have to manually switch off the turbine during high wind speeds. Good wind turbine sites are often in remote locations off-grid, presenting significant challenges to customers who are not always able to turn them off in high wind conditions, the company explains.

AirForce Control, however, comes with a Davis Anemometer, which monitors wind speeds and is pre-programmed to shut down when they reach a certain speed. In addition, when battery charging parameters are met, or other controlled parameters are exceeded, the turbine is automatically stopped and restarted when conditions return within operational limits, or when battery levels are running low. It can be monitored and controlled through a PC, tablet or smartphone, offering access to a web-based portal that shows how much power the turbine is producing and how much it has produced historically.

Queen’s speech: What does it mean for agriculture?