Not content with smashing the British record back in June with a speed of 103.6mph for Fastrac One, the JCB team went one global step further. 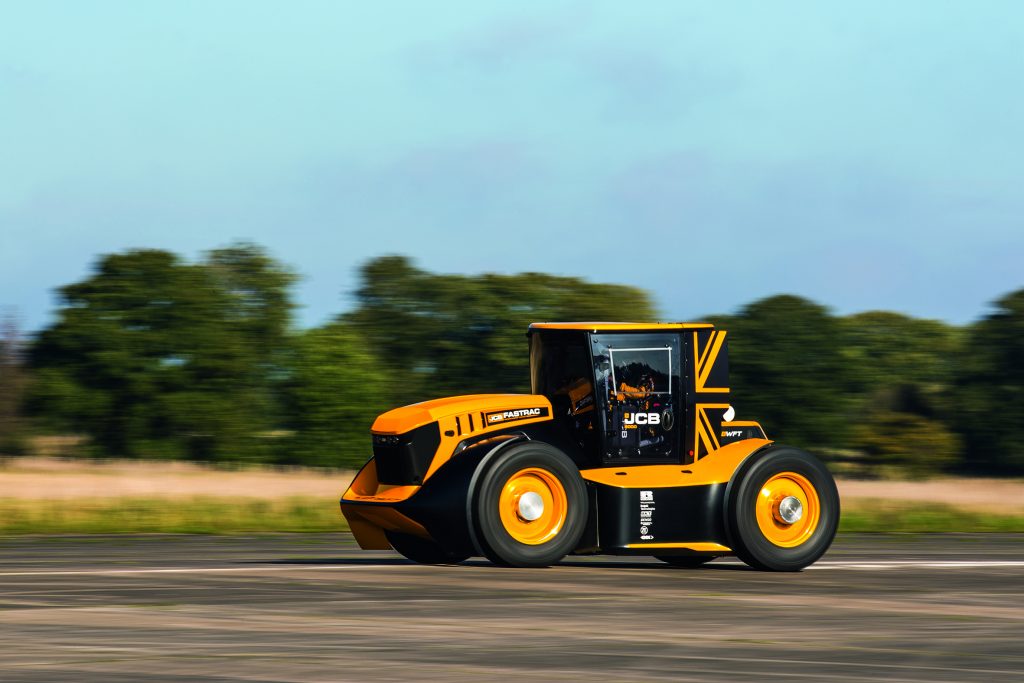 The JCB Fastrac speeds towards the World’s Fastest Tractor.

Not content with smashing the British record back in June with a speed of 103.6mph for Fastrac One, the JCB team went one global step further. The result? JCB’s Fastrac Two has now stormed into the Guinness World Records Book to be declared the world’s fastest tractor with a stonking speed of 135.191mph.

A team of JCB engineers in Staffordshire has been working on the project to further develop the tractor over the last few months and JCB Chairman Lord Bamford praised their ‘amazing achievement.’ The Fastrac Two is 10% lighter and even more streamlined than its smaller brother, allowing it to secure the world record title at Elvington Airfield in York with motorbike racer and lorry mechanic Guy Martin at the wheel. Guy Martin said ‘it was a proper privilege to be involved’. 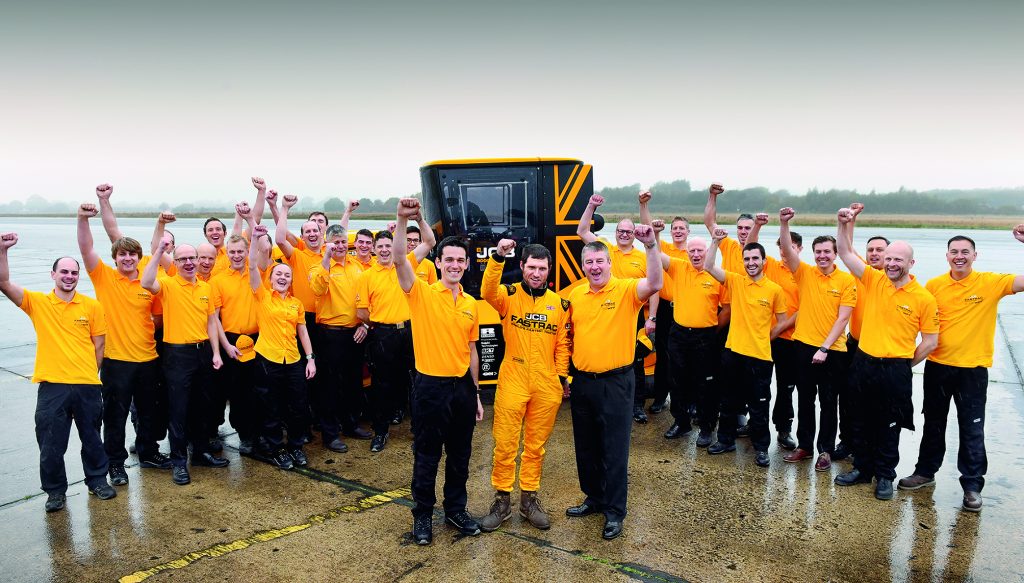 JCB chief innovation and growth officer Tim Burnhope said: “Fastrac One really proved to us that there are no limits to what a young and dynamic engineering team can achieve. The biggest challenges have included aerodynamics, reducing weight and improving performance – getting a 5t tractor to safely reach 150mph, and stop again, is not an easy task, but we’re all so proud to have not only reached these goals, but to have exceeded them.”

Fastrac Two actually hit a peak speed of 153.771mph during one run, but the average speed of two runs had to be taken in order to set the record.

Improvements made to the original Fastrac One test bed included the bonnet being changed from steel to aluminium, non-structural material removed from the chassis and cab and roll cage mounts incorporated into the chassis design. 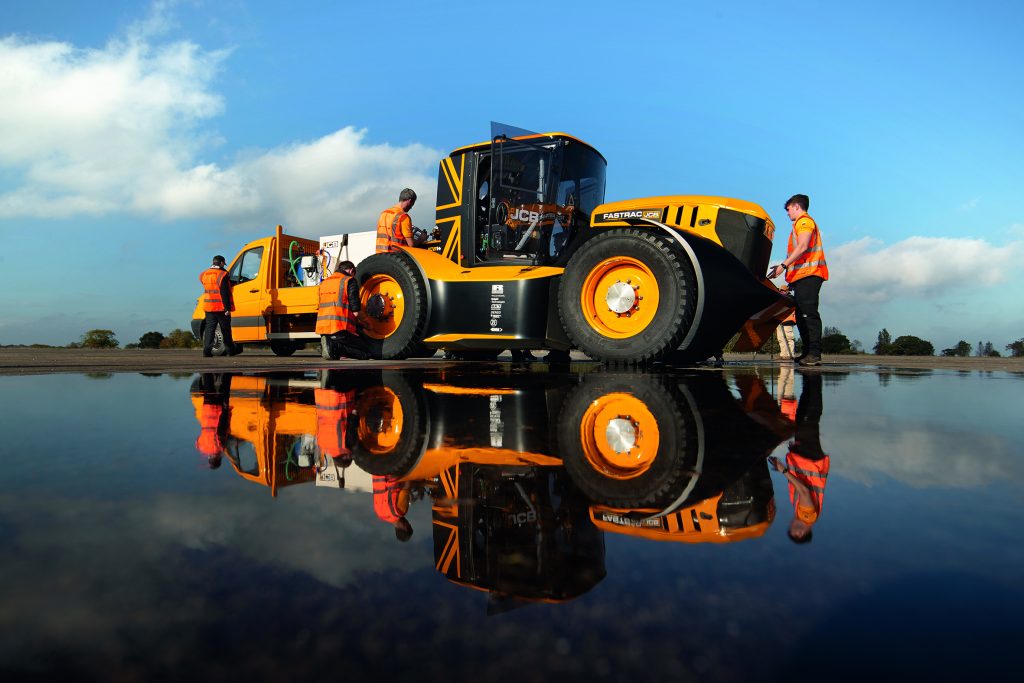 Pre-run checks on the JCB Fastrac under way at Elvington Airfield.

An adapted 7.2 litre, 6-cylinder JCB Dieselmax was teamed with a larger turbocharger plus water injection and charge-air cooling through ice tanks, which reduced intake temperatures by 50 degrees Celsius. A revised exhaust manifold and a sophisticated anti-lag system would also keep the larger turbocharger delivering its maximum boost pressure while gear changes took place. The result was a significant peak output of 1,016hp.

A multi-plate wet clutch was introduced to the driveline to improve torque management – contending with 2,500Nm – and to allow smoother, faster gear changes for the six-speed manual gear box.

Tim Burnhope said: “We still managed to use over 50% of standard Fastrac parts in the record-beating tractor, though tyres were an altogether different challenge. At 1.3m tall and weighing 80kg, and usually rated for 40mph, there was a lot of work to do to prevent them growing and heating up, from high-speed use.”

Despite the tractor developing 1,016hp, it achieved over 5mpg and needed only a 20-litre fuel tank to make its high-speed runs. Of course, the tractor needed adjustments to the hydraulic braking system to allow it to brake safely at such high speeds. A parachute was also added as an extra safety level. Tim Burnhope said: “Fortunately, we didn’t need to deploy it as all our engineering calculations meant that Guy Martin could comfortably stop the tractor from speed, after each run.”