“Herdwatch NextGen has transformed the way we farm”

Having made a name for itself by saving farmers hours a week on paperwork, Herdwatch has now released its NextGen app, which brings a range of new features, as well as being even faster and easier to use. It is the best performing and most cost-effective farm software in the UK and Ireland. 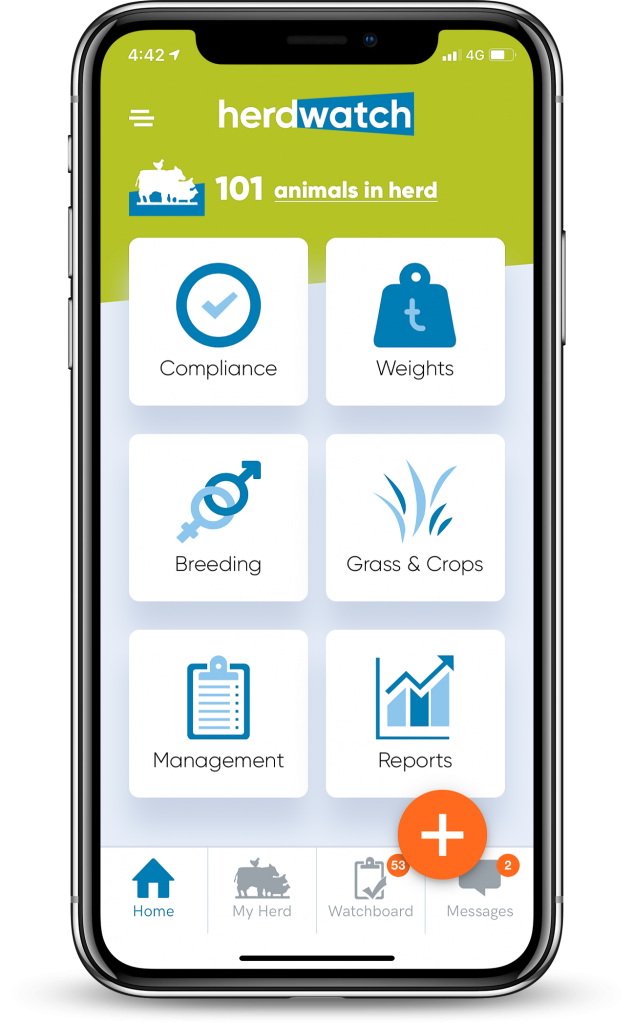 How can the most popular, easiest to use and fastest farm management software for UK farmers also be the best value?

Having made a name for itself by saving farmers hours a week on paperwork, Herdwatch has now released its NextGen app, which brings a range of new features, as well as being even faster and easier to use. It is the best performing and most cost-effective farm software in the UK and Ireland.

The software, which is now used by more than 12,500 farms, allows farmers to complete paperwork in the field via an app, on a mobile or tablet. As well as avoiding the need for handwritten paperwork, it also allows farmers to make better on-farm decisions.

NextGen includes new features within sprays, breeding, weights, smartlists and reports, with more on the way.

Other new features include a new home screen for faster access to your Herd, Reports and Watchboard; an updated menu for easier access to Settings, Contacts or to Switch Herd.

Meanwhile, quicker workflow management is possible thanks to the Orange Plus button and new Action Drawer to instantly create any record.

George Booth, a Herdwatch member from Lockerbie says: “I would be lost without Herdwatch now. I would absolutely hate going back to the old system of paper records.

“Herdwatch has transformed the way we farm and we are saving a lot of time by going digital on all our record keeping. We also have the security of knowing it is all safely stored in the cloud. We can look back at the end of each month and review our feed and medicine usage and see where we can improve. I have recommended the app to a lot of other Arla 360 members for these reasons.

“My next step is to do more around breeding management within the app as it also allows us to record our heats, serves and scans.”

Herdwatch allows you to scan your medicine purchases into the app and track your livestock. It is fully compliant with Red Tractor and links with BCMS & APHIS to keep your herd information up to date.

So, once you record your remedy purchases, remedy treatments and feed purchases in Herdwatch, there’s no need to write them into any book; they’ll be there for you in the app, which also works in offline mode in case you have bad mobile coverage.

Research by Herdwatch found that over 90 per cent of cattle farmers did not use any form of herd management software. This prompted the app’s development and launch in the UK in 2016, where it has now firmly become a farmer favourite. By February this year, over one million calves were registered through the app and it has 1.7m animals registered in its live database.

As more farmers embrace digitalisation, Herdwatch knew it too had to stay ahead of farmers’ needs by creating an app that is faster and easier to use, built for the future of farming. The NextGen app has taken two years of research & development and an investment of over £1 million.

You can download the app from the App Store or Play Store or you can visit www.herdwatch.co.uk and sign-up for a free trial. Herdwatch PRO subscriptions start at £79 + VAT per year or you can try out the summer special offer of £30 + VAT for three months.