How big is the black-grass problem and can it ever be controlled?

While ryegrass is reportedly becoming more of a problem, there’s no doubt black-grass is still the biggest weed challenge. But with so much talk about reduced tillage and a depleted chemical toolbox, are growers managing to control it and can it ever be beaten altogether? Rachel Hicks spoke to two farmers in different locations to find out their approach. 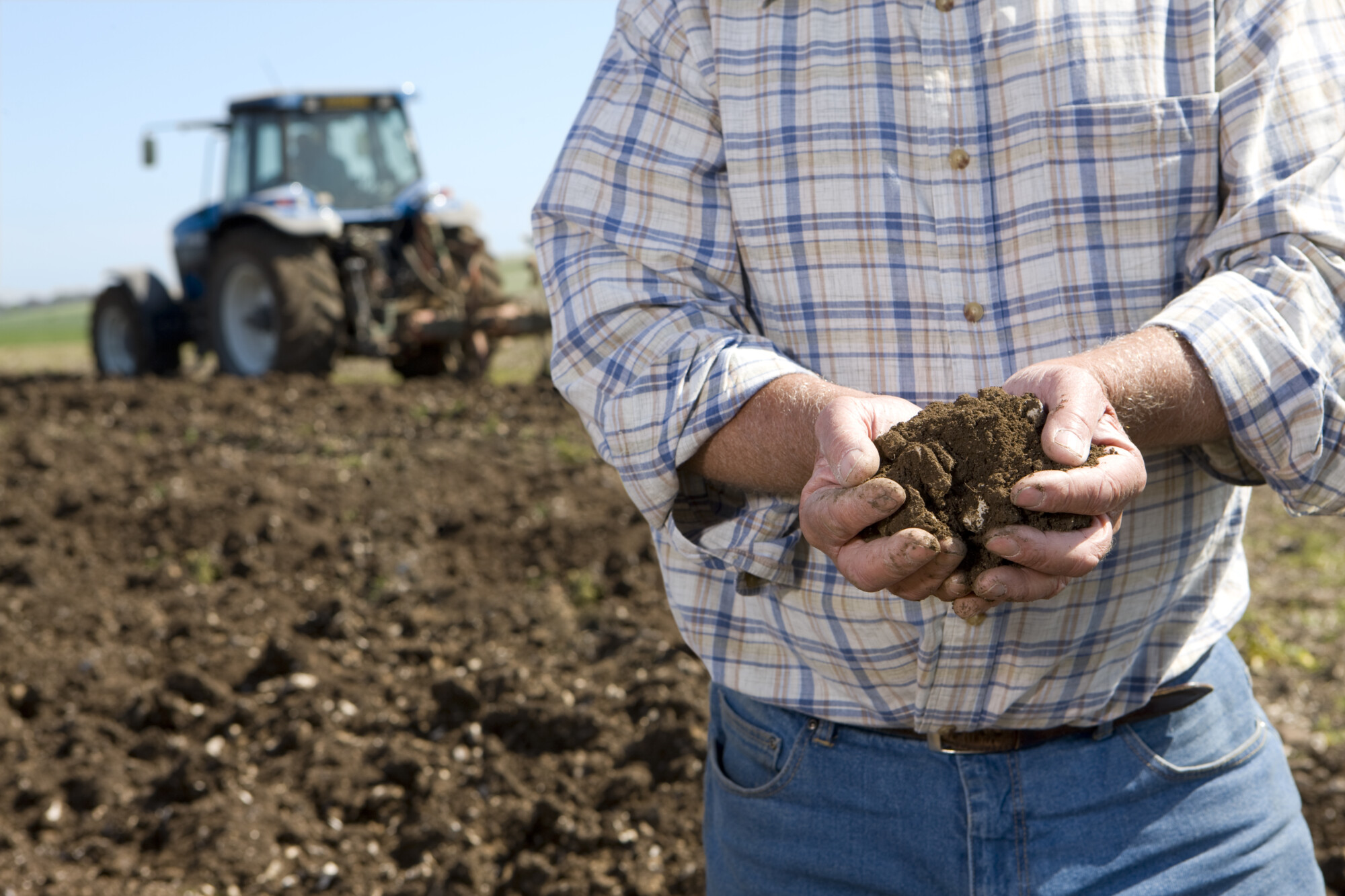 According to Alan Mayhew, who is an hereditary tenant farmer on part of the Helmingham Hall estate just outside Ipswich, black-grass remains his primary weed of concern, although the farm’s current system has got this under good control so far, so there is usually little impact on yield. However, Mr Mayhew does stress the importance of keeping on top of it, as it would be easy for it to come back. “Unfortunately, while even the smallest amount of black-grass seed remains in the seedbank, there is always the threat in the background so there’s no way you can rest on your laurels,” he commented. Otherwise, the only other weed which can be a nuisance on his farm is charlock in OSR.

In terms of cultivation and establishment, Mr Mayhew primarily uses a Cousins Oil Drill, and aims to plough half the farm each year in order to keep on top of black-grass levels. He currently ploughs before second wheat, spring barley and winter beans, and uses a subsoil Cousins V-Form behind OSR and winter beans, followed by a cultipress and combi-drill.

In order to keep the soil healthy, Mr Mayhew gives it break by doing a spring barley crop followed by the winter beans, which he says adds soil strength to the rotation. He also chops and incorporates all straw, putting the goodness back into the ground – the farm doesn’t bale any of it, in order to reduce soil compaction and lessen machinery traffic.

Currently Mr Mayhew’s system doesn’t incorporate any cover crops, although next year 12ha will be going into the Countryside Stewardship scheme, using the least productive land for bee and insect-friendly cover, including legume mixes, wild flowers and bumblebird mixes.

The ploughing is done as soon as possible after harvest, to allow any black-grass seed to germinate, which is then sprayed off if there is enough of it. He then goes over the land with the cultipress, and always aims to delay drill – Mr Mayhew considers early October to be his prime drilling window, which is later than most locally, he reckons.

Brome is on the farm, but is only really on the headlands, and is hand-rogued.

While spring barley and winter beans aren’t the most profitable option, Mr Mayhew says it’s their effectiveness against black-grass that keeps them in the rotation.

In terms of ag-chems, the volume and usage depend on the level of black-grass burden. For OSR, if black-grass can be seen as a significant green cover in the field, Roundup + Companion Gold will be used ahead of drilling.

Otherwise, for less severe black-grass emergence, Mr Mayhew will use Centurion Max post-emergence, followed by Kerb Flo 500 in late autumn. Volunteer cereals are taken out with Falcon, which is also used for broadleaf weed control, followed by Centurion Max 2–3 weeks later which also assists black-grass control. Mr Mayhew reckons the residual action lasts through the winter and into the spring.

In terms of black-grass control in wheat, Roundup will usually be used pre-drilling, followed by either Anthem + Liberator if the burden isn’t too bad, or Crystal + Liberator if seed levels indicate control will be more difficult.

In a particularly bad black-grass season, Avadex will be applied on all wheats drilled using a pneumatic spreader on the back of the drill.

In the spring barley, Liberator or Crystal are usually the pre-em herbicides of choice, while in the winter beans, Kerb Flo and Anthem are used.

Mr Mayhew was keen to iterate that he only uses glyphosate if absolutely necessary, as having seen weeds become resistant to so many ag- chems over the years, it is vital that glyphosate be protected so that it doesn’t become obsolete like so many of its previous counterparts. His primary intention is to maximise the use of cultural control measures wherever possible, through crop rotation, ploughing, delayed drilling, and so on – with the aim to get stale seedbeds and drill late as his primary weapons against black-grass.

Nigel Bullock farms out of Malvern, Worcestershire, and is also the director of specialist machinery company Bullock Tillage. The farm’s current cultivation technique is to direct drill as much as possible with a 3m Simtech tined drill. Stubbles are normally harrowed twice in different directions with a Bullock Tillage Gamma Harrow straw rake to encourage a good weed and volunteer chit, which is then sprayed off with glyphosate prior to planting. If compaction is a problem, Mr Bullock says he will run through with a Bullock Tillage 3m Disc Sub to a depth of 8–10in, depending on the depth of the compacted layer. He uses the Disc Sub as it has a row of leading discs to keep disturbance levels to a minimum.

Due to the black-grass burden in certain fields, he has resorted to using a Kuhn 5 furrow vari- width plough, which he says has helped but not totally eradicated the problem – in fact, he has had black-grass germinating successfully from depths of 7in, which is frustrating.

Mr Bullock says the biggest weed problem on the farm is black-grass. There’s also a broad spectrum of annual weeds, but most are easily controlled compared to the black-grass. Recently he has experienced barnyard grass appearing in many fields, which Mr Bullock says looks a bit like millet – it’s not a native species of this country and is thought to have arrived via birdseed that is put out in garden bird feeders.

According to Mr Bullock, chemical weed control starts with getting a good sterile seedbed, which he achieves with 2-litres/ha of glyphosate and, in most cases, this is then followed in the spring with a residual and contact mix of Hatra and Liberator. Normally, no pre- or post-emergent sprays are used in the autumn. For spring cropping, again he sprays off prior to planting.

Mr Bullock agrees with Mr Mayhew, in that he believes the best weed control in the autumn is getting a good sterile seedbed and planting as late as possible, which he says has become more challenging recently due to the very wet Octobers that have been experienced in his part of the country. His summer cover crop acts as a break crop in the farm’s rotation and consists of a mixture of clover, phacelia, buckwheat, oil radish and linseed. This is planted in March and desiccated in July/August, and despite not being a cash crop, provides good green manure and helps to suppress black-grass, Mr Bullock reckons. He’s found oilseed rape difficult to grow over recent years, with too many failed crops and so the farm has adopted the summer cover crop in the rotation as its break crop instead.

Mr Bullock says the weed burden, especially black-grass, has a major effect on the farm’s rotation and cultivation method. He tries to take an integrated weed management approach, which combines rotation, chemical and mechanical control. Rotation and cultivation technique are based on a field-by-field policy, dependent on the black-grass burden. The farm rotation now consists of 50 per cent spring cropping, and he says some fields will be in a spring crop for more than two years to help with the control. Mr Bullock concludes that, as many farmers have experienced, it has been a costly exercise dealing with black- grass, and just when you think you are on top, it has the ability to return