The TV chef used trackers and CCTV to trace criminals who raided his country estate in Essex. 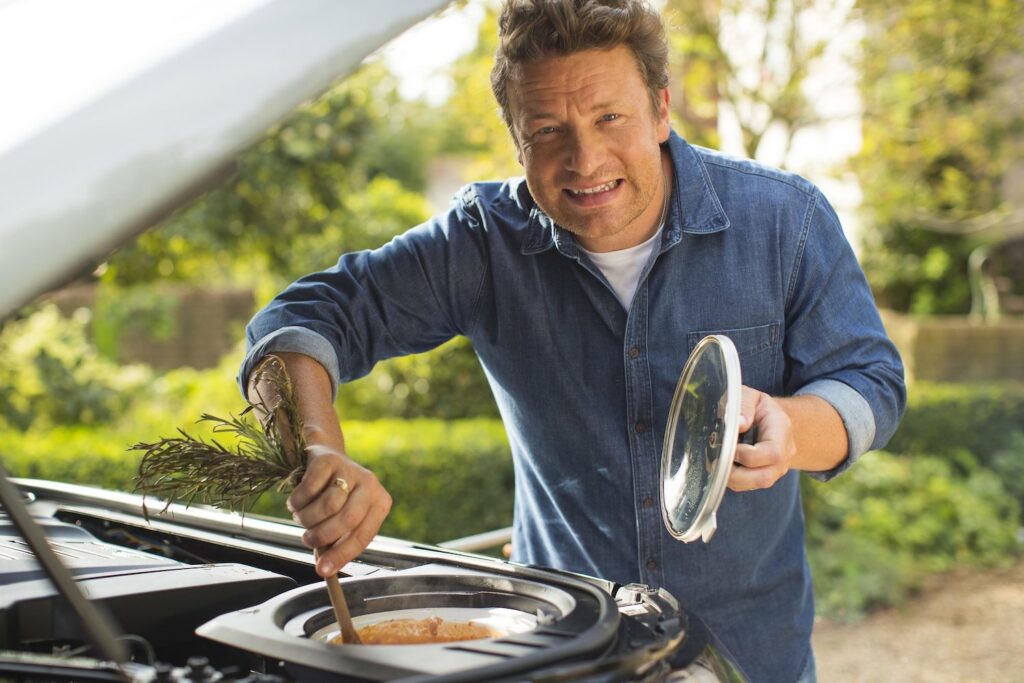 Jamie Oliver has reportedly been left “unimpressed” after recovering his own stolen tractor, having reported it stolen to police.

According to The Sun, the chef gave police CCTV grabs and the number plate of the thieves’ black Mercedes 4×4, after the makeshift covering fell off during the raid at midnight on 29th April. However, he is quoted by The Sun as saying police “weren’t interested”, describing their response as “lukewarm”.

Just hours after it was stolen, Jamie found the tractor and trailer abandoned – along with other stolen equipment – in a field in Bamber’s Green that is believed to be a known dumping spot for criminals.

Warning local residents in Finchingfield, Jamie is quoted as saying: “I just wanted to make you all aware there seems to be some confident casual theft going on in and around the village. Another local farmer and house in the village also has been broken into. It’s not for me to say who, so it’s well worth being as vigilant as ever. […]

“Our security cameras picked up the burglars, their car and the number plate (they tried to cover it up but it fell off mid break-in). The car is taxed MOT etc. Everything they stole had trackers so we were able to see it play out.”

The thieves remained on-site for 35 minutes and were not in a rush, he added, prompting the chef to make “relevant changes” for security. Thieves are thought to have got in through a side driveway.

A police spokeswoman is quoted by The Sun as saying: “Officers were unable to attend immediately as they were dealing with other incidents throughout the night and early hours. The informants recovered the vehicles themselves before officers had the opportunity to get there. Our crime scene investigators attended at 10.15am that day, shortly after the crime was reported.

“No forensic opportunities were found on the vehicles but our enquiries into the theft remain ongoing. We always prioritise calls where there is the greatest risk of harm to people and threat to life. This means we can’t always attend some incidents immediately but we do our best.”

Cheffins to auction an exceptional collection of classic & vintage machinery