A move to Clearfield oilseed rape for the first time last season has made cruciferous weed control much more reliable at Arras Farm on the Yorkshire Wolds near Market Weighton while maintaining the consistent performance progress clear in Chris and Wendy Kendall’s Oilseed YEN competition results. 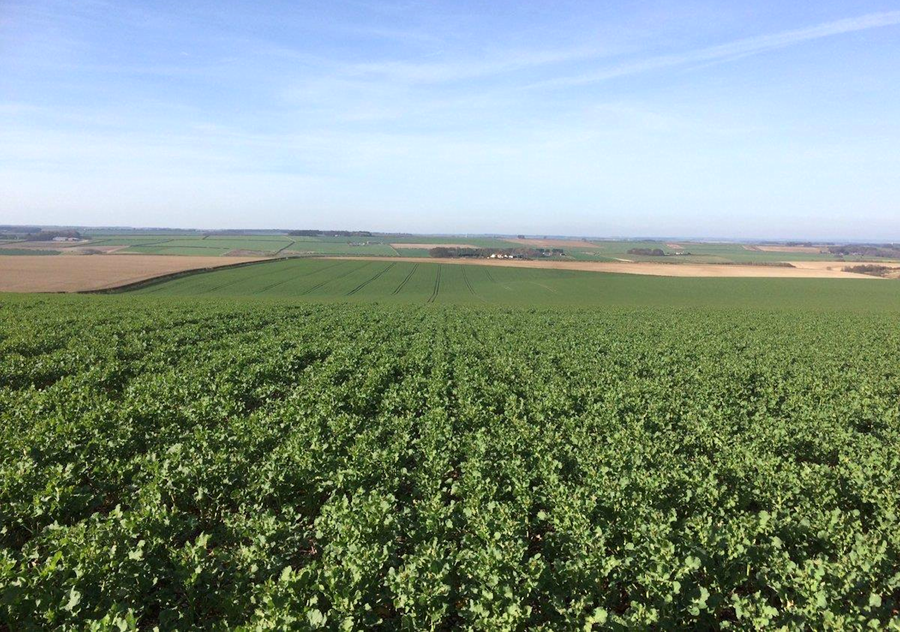 Unsurprisingly perhaps – with their daughter, Dr Sarah Kendall heading-up the ADAS Competition and their Agrii agronomist, Dave Clark so keen on benchmarking – YEN has become an important part of the family’s crop improvement toolkit.

“The competition provides a wealth of information about our crop and ways we might be able to improve it,” Mr Kendall points out. “Our DK Exalte and DK Exclaim entries averaged 4.7t/ha and 4.9t/ha in 2018 and 2019. Last year’s DK Imperial CL topped them both with a gross output of
5.2 t/ha. What’s more, this was 47% of the site’s theoretical potential, compared to 41% and 36% previously.

“I can safely say the seasons haven’t been getting kinder. So, we’re clearly making the progress we want to. And, equally importantly, we’re continuing to gain with our switch to Clearfield-growing to combat the brassica weeds problems.

“This has given us the confidence to stick with the system while more than doubling our OSR area to 49ha this season to take advantage of what looks like being an even better market opportunity than we thought it might be when we made the decision last autumn.”

Dave Clark was particularly pleased to see last year’s crop maintain the consistent progress of OSR growing at Arras Farm given the continued yield gap between Clearfield varieties and the best mainstream hybrids in trials and their general reputation for unimpressive autumn development.

“We don’t drill until mid-September which is a good bit later than most,” he explains. “This is partly because the previous cereal rarely comes off before the end of August and we bale all the straw for the farm’s poultry unit before incorporating its muck ahead of the rape. We’ve also been deliberately delaying sowing to reduce damage from both adult flea beetles and the larvae. 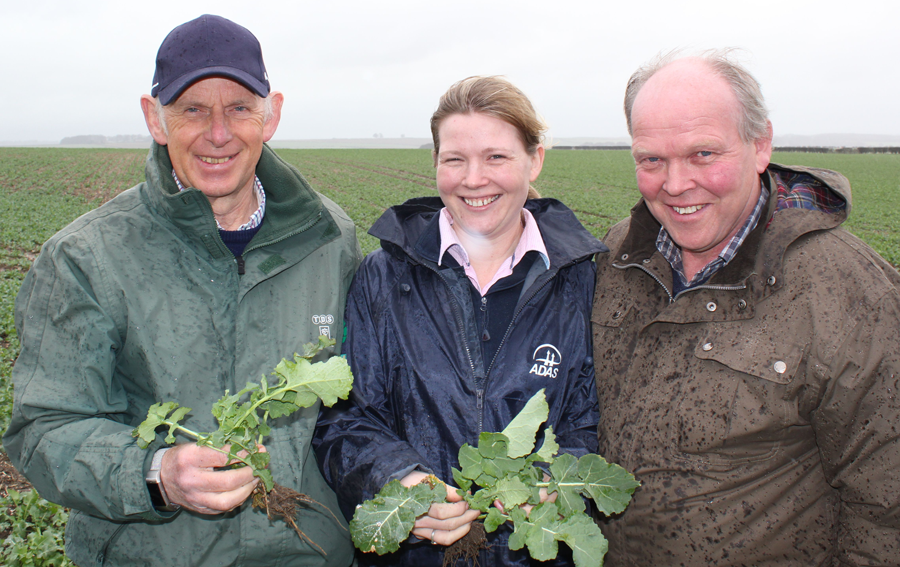 “This and the Wolds climate – not to mention too many north-facing slopes for comfort – puts the premium on crops that grow away rapidly in the autumn.  At the same time, however, we’d been finding controlling late-emerging charlock with bifenox tricky as it isn’t nearly so susceptible to frost as the more forward weeds accompanying August drilling. The way the spray can set back smaller, later-drilled crops is rather alarming too.

“Despite our Clearfield concerns, we took the plunge, going for DK Imperial because we’ve always value the superior get-up-and-go of Dekalb varieties. And we’re very glad we did.”

The variety proved well-up to the challenge, establishing strongly and going on to produce a well-structured stand of around 40 plants/m2 from sowing at 60 seeds/m2.

The Kendall family’s long history of soil care has undoubtedly helped here by keeping the thin Wolds ground in really good heart.  Duck muck incorporated ahead of the rape; rapid soil set-up and drilling within a few days to minimise soil moisture loss; careful sowing at a consistent 2-3cm; and, a specialist seedbed fertiliser have all played their part too.

In common with most 2020 crops, however, the dry summer seriously constrained pod fill, leading to small seeds and a 43% oil content. Even so, the 23ha field from which the 2ha YEN entry was taken yielded a very creditable 4.3t/ha – similar to the 2019 and nicely up from the 4.1t/ha crop average in 2018.

“We were far from disappointed with our first 5t-plus gross output in the competition,” says Mr Kendall. “It put the crop in 13th place out of the 38 fields entered, only two others of which were Clearfield. So, we’re certainly not seeing any performance disadvantage from the move to ensure we get much more reliable weed control.”

Sticking with Clearfield across the expanded Arras Farm acreage, the family are growing newly Recommended, DK Imprint CL this season for the step-up it offers in all-round agronomy as well as performance.  Its rapid autumn growth habit is particularly appreciated, together with the fact that, like DK Imperial CL and DK Exclaim, it doesn’t take-off too early in the spring.  Because their Wold ground takes a while to warm-up the team only want the crop to grow away rapidly once the soil allows it sufficient access to nutrition. 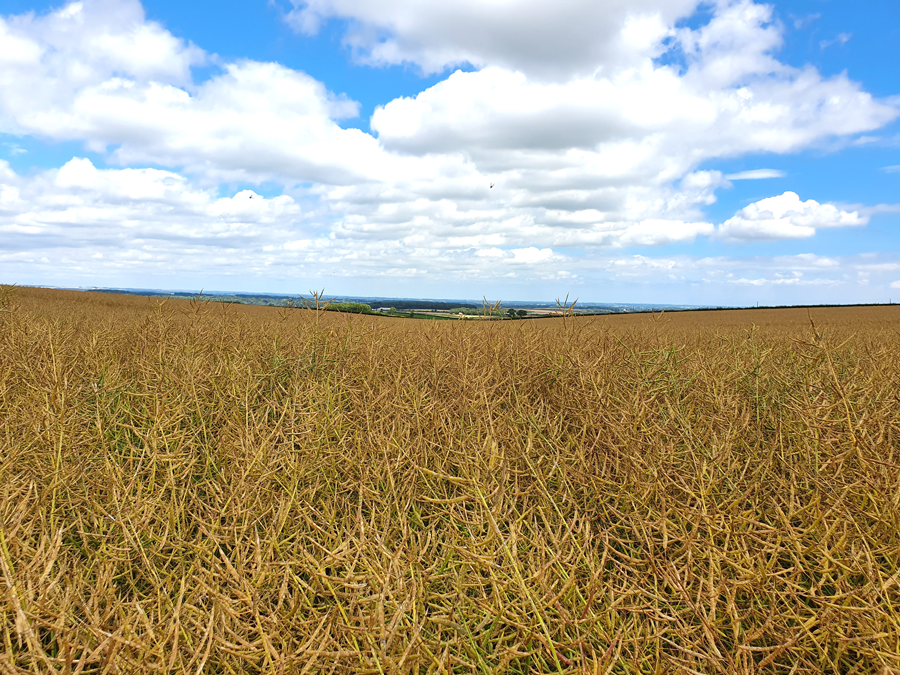 Few, if any, changes have been needed to their OSR agronomy. A perennial problem with poppies means they still employ a pre-em, although they avoid metazachlor at this stage. They have, however, found applying their Clearfield herbicide at the 2-3 leaf stage of charlock – much earlier than they did in their first year – the most effective.

“Our latest YEN results do suggest a number of tweaks we can make to our management to maintain our progress,” Dr Kendall notes.  “Clearly linked with the crop’s low thousand seed weight, the speed with which it went-off in the summer on chalk land where water availability is rarely an issue means a greater focus on both rooting and green leaf-preserving agronomy is likely to be valuable.

“Equally, seed analysis highlights phosphate and magnesium nutrition as key areas worth more attention. And, although we have to be mindful of the risk of a hard winter on north-facing slopes in particular, we could probably also afford to ease back on sowing rates a little. As well as giving us a more open and potentially more efficient canopy, this may help reduce rooting competition.”

“In addition to making the most of protected phosphate on soils prone to lock-up and extra boron with our specialist Agrii-Start seedbed fertiliser, we have doubled our use of magnesium this season,” Mr Clark points out. “Early tissue analysis confirms crop levels are low, it costs so little and is so easy to add to our spray programme.

“By including a low rate of metconazole at stem extension we are looking to aid crop structuring and rooting. And we’re exploring azoxystrobin at late-flowering for its stay-green value.

Largely nutritional fine-tuning and the even better Clearfield variety we have in the ground, gives us high hopes of pushing our OSR performance up another notch in 2021.”