Spraying out badly infested areas of the crop is now a common tactic for controlling problem weeds such as black-grass and rye-grass in late spring. But sacrificing total yield for weed control means it is essential to do the job effectively. 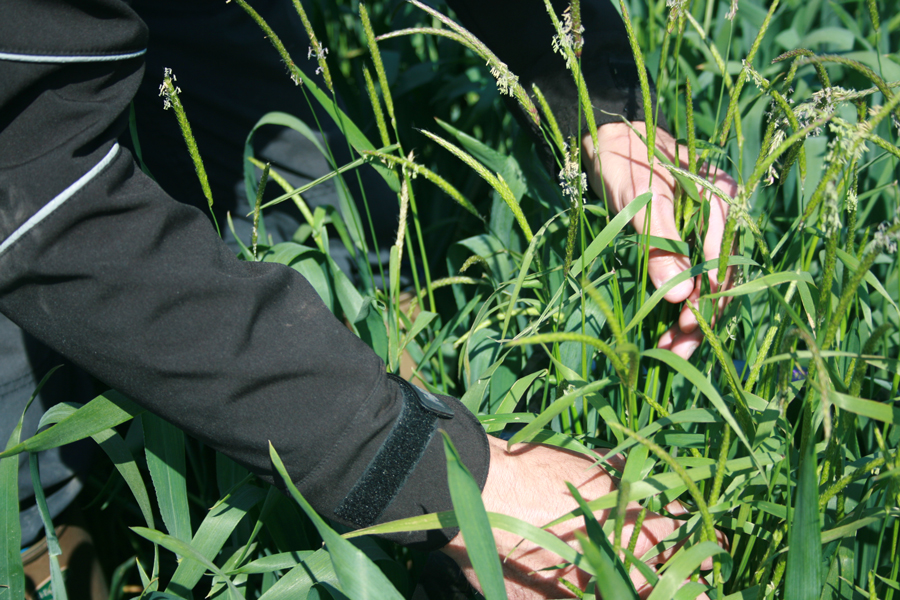 From late April onwards, weed patches start to become more obvious as they appear above the canopy, particularly in shorter crops such as wheat. Bayer’s Roger Bradbury shares his thoughts on how to make the most of this final weed control opportunity.

Spraying out patches with Roundup (glyphosate) is a long-term weed control tactic. Left unmanaged, bad patches have a tendency to grow. There is a short-term sacrifice of total yield for a long-term gain of lower seed return and easier weed management next season. “Bad patches of weeds tend to stay in the same place year-to-year. Aggressively spraying out a patch means there will be close to zero seed return in that area, which means fewer weeds in the following crop and less seed spread around during harvest operations” says Mr Bradbury.

But it doesn’t solve weed problems at a stroke because there is still seed in the soil from previous years. Research conducted by Bayer as part of the Black-Grass Task Force in Action at a farm in Cambridgeshire found that patch spraying reduced black-grass seed levels by half in the top 5cm of soil. However, there were still over 400 seeds/m2 in the sprayed out area.

“Before any spraying, it is important to walk the crop and map out bad patches of weeds for further treatment,” says Mr Bradbury. “Deciding where to spray off is always a compromise. We often hear farmers saying: ‘I should’ve sprayed off more’, which from a long-term weed control point of view is totally correct. But no farmer ever wishes they had lower total yield at harvest.”

Remember spraying off isn’t the only tool to control black-grass. Less serious patches can be managed with cultural and chemical controls in the next crop. For more immediate control there is also the option to hand rogue small patches and stray plants. 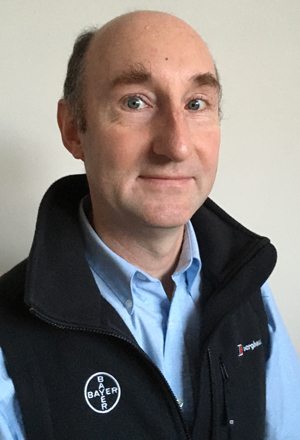 Timing – wait until after stem extension

“Timing of application is critical. It is difficult to put an exact date on it, but it has to be after the weed has finished stem extension. During stem extension sugars and amino acids move to the growing tip of the plant. Glyphosate will move with them so you will probably get reasonable control of the head but there is a risk of regrowth from the base of the plant.”

According to Mr Bradbury, spraying during anthesis (flowering) is the best way to ensure a good kill. Regrowth resulting from premature spraying isn’t likely to return significant seed, but it is a risk factor for resistance developing and is a nuisance during harvest.

Timing – be aware of differences between species

Black-grass and rye-grass are the two main species farmers spray for and, thankfully, they both provide a 2-week window between flowering and viable seed being set. This gives farmers plenty of opportunity to spray out patches. Brome species have a much narrower window of 3–4 days so vigilance is needed to spray as soon as ears emerge. Wild oats have a 1-week window for farmers to control them.

1080g/ha of glyphosate is needed to ensure an effective kill of weeds. Any green part of the plant will absorb glyphosate so aim for even coverage across the weed patch. Lower drift formulations such as Roundup Flex and Powermax are useful to prevent damage to neighbouring crops. These formulations both work well in adverse conditions such as high temperatures or in unsettled weather – which can both happen in May and June.

A step towards resistance management

Patch spraying is also a helpful step for overall herbicide stewardship. Any weeds still standing in May are likely to have survived a pre-emergence and possibly a post-emergence herbicide application. Eliminating these survivors helps prevent the potential build-up of resistance to selective herbicides. Likewise, spraying glyphosate at the right time – after stem extension – prevents any regrowth which is a risk factor for resistance developing.