Business loses building and over 70 machines after fire broke out in workshop. 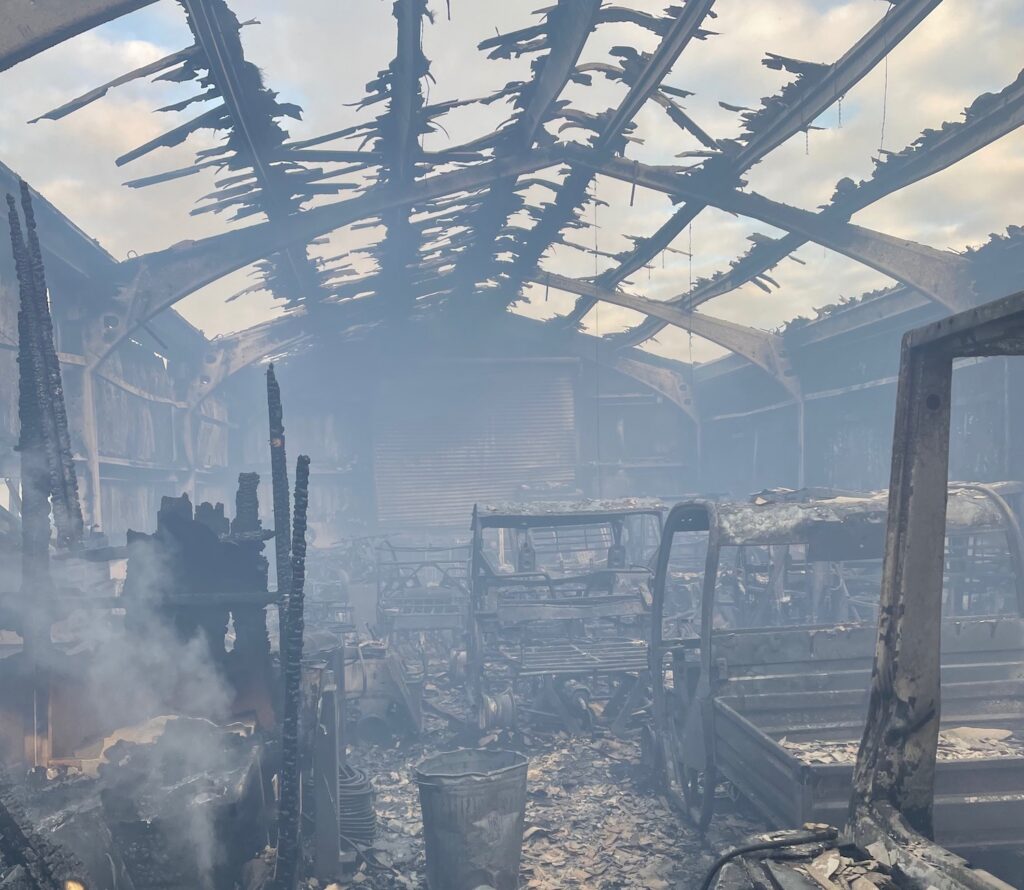 MKM Agriculture says it remains open, despite working under restricted conditions, following a devastating fire that broke out in the workshop in Bedford.

CCTV footage has shown the first signs of fire breaking out at 4.13am on 7th April. Local residents sounded the alarm after an explosion at 4.22am and managing director Anthony Deacon arrived on the scene a few minutes later, followed by the fire service.

The fire rapidly spread through the workshop, which was locked and alarmed, and across the adjoining machinery storage building. The fire service had little chance of extinguishing the fire and concentrated their efforts on containing the spread onto nearby buildings.

The building was completely destroyed, along with over 70 machines including 35 ATVs, six UTVs, a forklift, many lawn mowers and over 35 years’ worth of tools.

A forensic team carried out a full investigation but the cause of the fire remains unknown. However, CCTV footage has shown it was an accident and the fire started inside a locked and alarmed building.

A statement from MKM reads: ‘On behalf of Mark and Anthony we would like to take this opportunity to thank everyone who has offered their help and support over the last few days.

‘We would like to thank our customers who have lost their machines in the fire for their understanding. We are doing everything we can to work with our insurers to resolve the situation as quickly as possible, on a machine-by-machine basis.

‘We would like to thank the whole MKM team for their professional conduct and the manner in which they have handled this extremely difficult situation.

‘We have a long road ahead to full recovery but rest assured we are still here and still open, albeit operating under restricted conditions.

‘We will rebuild and continue to offer the fantastic service we have become known for.’