The National Sheep Association (NSA) has welcomed the launch of a new initiative exploring a structured approach to controlling sheep scab – and looks forward to coordinating the work in South West England. 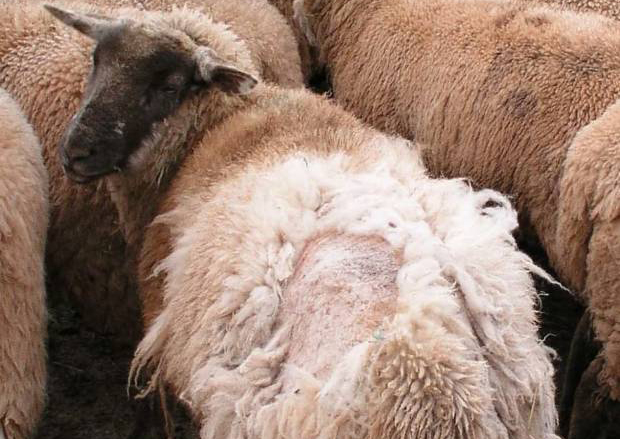 NSA is just one of a number of partners involved in the two-year initiative, funded by Defra via the Rural Development Programme for England and led by Moredun. It is fully supportive of the concept of using on-farm advice, training and testing to drive a coordinated approach to controlling sheep scab in the three focus areas in England selected for the project – The North West, Midlands and South West.

With a strong regional presence in the South West, NSA has already identified an area suitable to deliver the project aims and working with people already on the ground will bring together sheep farmers, their vets, and advisors into appropriate clusters. Given its role throughout the UK, NSA is also ideally placed to extrapolate learnings from the projects to elsewhere in the region and throughout England, as well as linking with and comparing to existing initiatives in the devolved UK nations.

NSA Chief Executive Phil Stocker says: “Sheep scab continues to be a health and economic problem with significant costs to the UK sheep industry. Many outbreaks are ‘imposed’ on farmers through actions outside their control which is why co-ordinated control programmes need to be implemented. By integrating blood-testing, sound advice and good training, there is a strong chance to show how we could bring this debilitating disease under control.

“The number of farmers to be recruited to this project means it a far step from a national eradication programme – but the partnership approach and strong execution means it has the potential to be the benchmark and launch pad for future, larger initiatives. That is why NSA was so keen to be involved. It is an exciting community-led approach involving a team of experts who will work collaboratively with farmers to drive and demonstrate real change – hopefully leading to even greater things in the future.”

This project is led by Moredun Research Institute and supported through the Rural Development Programme for England, which is jointly funded by Defra and the European Union. Farmers wanting to know more about NSA’s planned approach in the South West should contact Sean Riches, NSA Policy & Technical Officer, on sean@nationalsheep.org.uk.