Having upgraded from jars to a direct line 16×16 Westfalia Surge parlour around 15 years ago, the setup at Lyburn Farm in Salisbury, although still functional, wasn’t able to provide detailed information or keep up with the growing herd. That’s when the farm’s Jono Smales decided it was time for a new parlour. 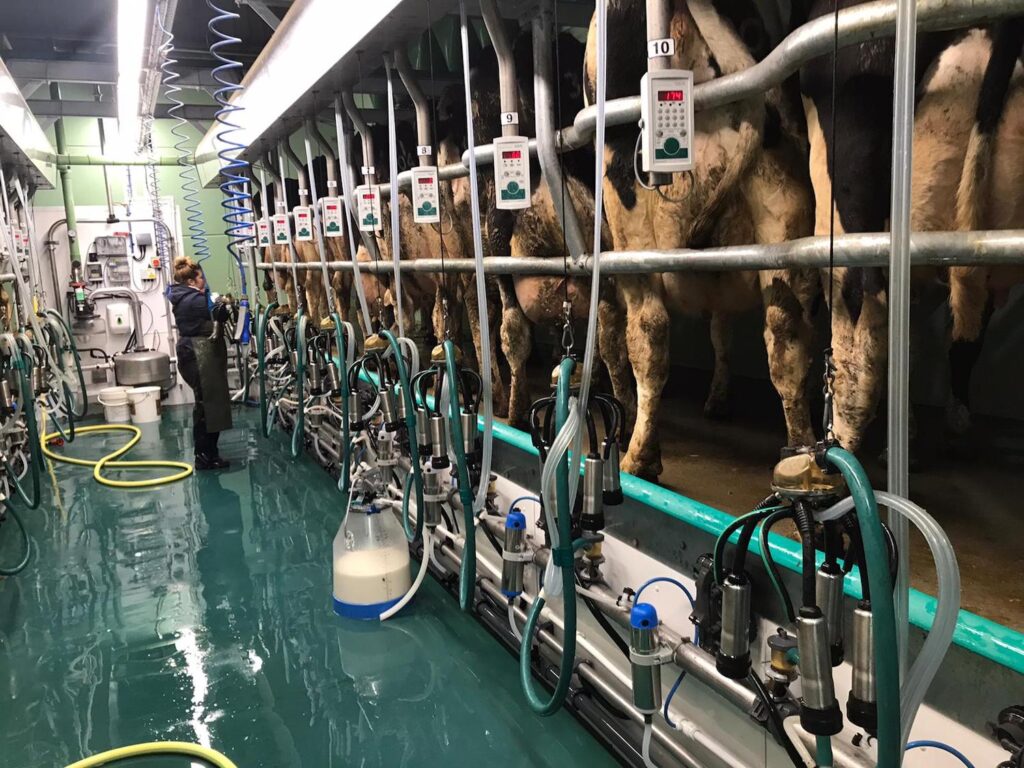 “To begin with, Kevin from GEA dealer RMS Ltd came to visit the farm,” Jono explains. “Having fully discussed our options, we opted for a GEA EuroClass 800 20×20 Herringbone Parlour. We’ve found so many benefits, starting with the bigger pit and more ergonomic cow positioning for milking. We can now feed accurately using feed to yield on DairyPlan and have noticed a lot less waste. The milk meters also mean we can now monitor each cow’s performance individually, something we couldn’t do before.”

He adds: “Since putting in the new parlour we’ve seen massive changes to the herd; it’s really unlocked the potential of the cows – our average is up 6l/day on last year! The only thing we’ve changed to cause this is the parlour!”

There have been some health improvements in the herd as well, alongside production. The farm has seen a reduction in mastitis levels, along with locomotion issues thanks to the herd spending less time on their feet in the collecting yard, and the ease of foot bathing in the exit race set up. The cows are generally much happier too, Jono says.

Milking times have decreased, with the farm shaving an hour off each milking. “This is partly down to faster throughput of the cows, but mainly that washing down is so much faster with the new Compass plus washing system.” 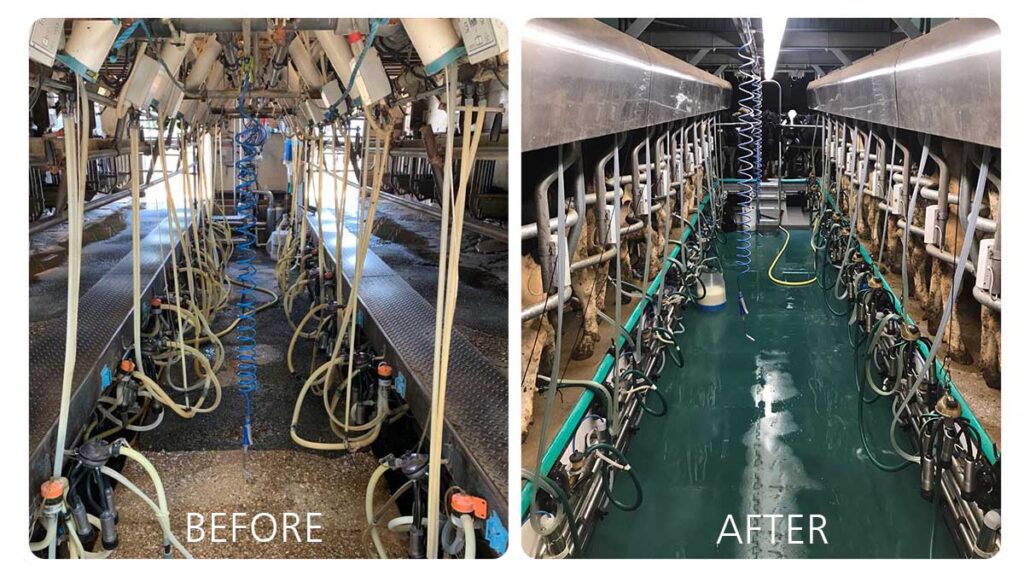 The only real challenge they faced with the install was the first few days of getting the cows used to the new parlour, Jono explains. “Their first day in was the hottest day of year, but the cows slowly got used to it and within a week they were flowing through there happily.”

Commenting on their reasons for choosing a GEA parlour, Jono says there were two main reasons: “The first being our local GEA dealer RMS Ltd. They’ve got great back up, we’ve used them reliably for 20 years and they were really helpful from start to finish. The second aspect was the good reputation of GEA equipment. I know of a quite a few other farmers with the equipment and they’re all happy.

“I’m sure that over the next few years there will be a few add-ons we will look into in order to further improve the parlour and we look forward to continuing our relationship with GEA in the future.”

If you have any questions about GEA products or would like to discuss your own parlour needs, contact one of the experts.