Achieving a good quality potato ridge comprising a fine tilth with minimal clods this season will be critical if a high level of slug control is to be achieved. 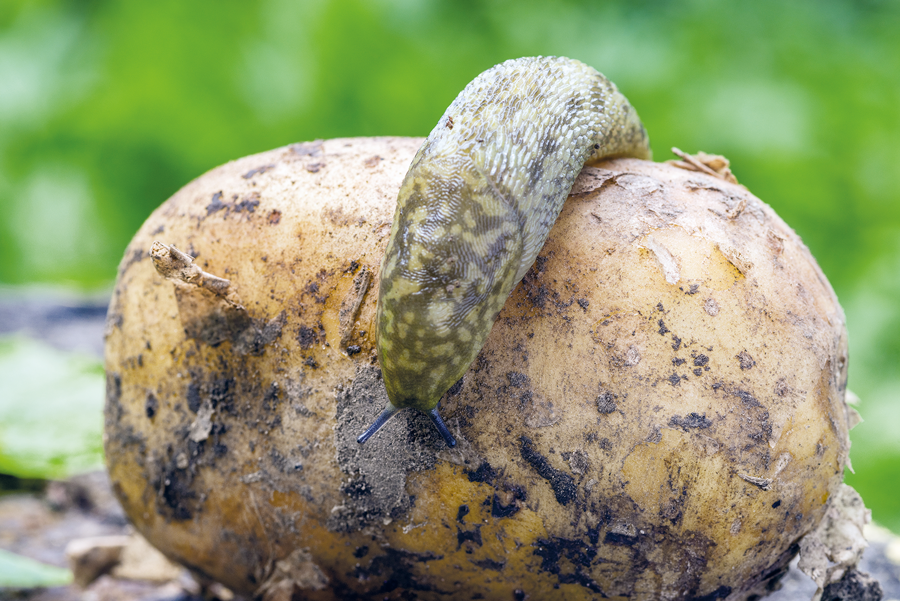 Wet weather at planting will only exacerbate a slug problem, especially where pressure is high, says Agrovista agronomist Neil Buchanan.

Equally, if the weather turns dry and there is an intensive start to the irrigation campaign, it will increase the likelihood of slug pressure in crops, Mr Buchanan comments.

“Too many clods formed during cultivations will mean the integrity of ridges will come into question as the season progresses. So it will be imperative to get slug pellets down in the crop to control the early surface feeders. They are the population that could cause damage to tubers later, creating marketing issues for crops destined for processing,” he stresses.

Mr Buchanan uses ferric phosphate-based slug pellet Ferrimax Pro because of its environmental profile, the fact that it has no buffer zone restrictions and zero harvest interval.

“There’s no doubt that potato growers have more demanding requirements for slug pellet quality compared with those applied to combinable crops. Wider tramlines are becoming a more integral part of large-scale potato production and play a key role in minimising inter-row damage.

“Slug pellet applications are nearly always combined with blight spraying and often follow shortly after irrigation, enhancing the need for good product persistence,” he says. Based on their experience last season, Mr Buchanan says that his customers made it very clear that Ferrimax Pro can be thrown further and with more accuracy than other ferric phosphate pellets.

“Yes, it’s a premium brand that will cost more than others, but growers have found that it’s better ballistics and uniform spread, pellet integrity and all round ‘usability’ make it worth the premium,” he points out.

“Growers new to ferric products will notice some subtle changes from metaldehyde. No longer do we see the obvious carnage of dead/dying slugs but efficacy is every bit as good, particularly against juveniles. Lack of pellet visibility can cause concern, but closer scrutiny proves these fears to be unfounded,” he explains.

At this point he recommends an application of Ferrimax Pro at 5kg/ha. “This is when surface-feeding slugs can be found on the ridges, particularly in irrigated crops where a micro-climate can be formed under the canopy.

“The second period, some four to six weeks later, is when tubers start to bulk and slugs left uncontrolled will go down through the cracks in the ridges and begin to graze on the tubers.” With a 7kg/ha rate of Ferrimax Pro applied at tuber bulking, a final (5kg/ha) application can also be made at crop defoliation, says Mr Buchanan, adding that he will rarely carry out more than these three specific applications.

“Haulm removal is a key time to monitor for slugs as the crop continues to skin set. And if lifting is delayed, as was the case last autumn, potatoes are prone to attack and growers run the risk of late damage.

“Controlling slugs in potatoes is all about protecting the market quality, with the best products available. With current costs of production consistently increasing, you can’t compromise on something as important as slug control,” he concludes.