Melsop Farm Park in Norfolk is working to preserve one of the UK’s rarest breeds of native cattle, having purchased two Albions which are expected to calve next year. 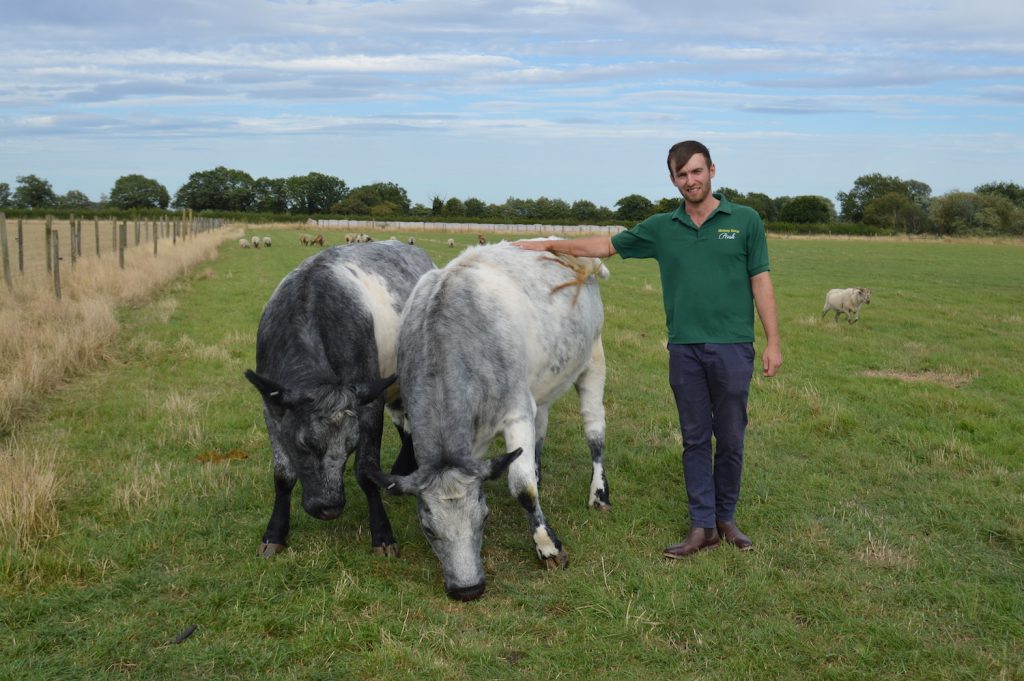 Melsop Farm Park in Norfolk is working to preserve one of the UK’s rarest breeds of native cattle, having purchased two Albions which are expected to calve next year.

The Albion is included on the Rare Breeds Survival Trust’s watch list and there are currently only 87 breeding females of 100 per cent pure Albion blood across the UK.

Melsop’s two Albions, Blue Haze and Blue Mist, are due to calve in mid- to late-January, to an Albion bull called Blue Mink from the 1980s.

Jordan Stone (pictured), who owns the Farm Park alongside his parents, Keith and Sue, says that Albion cattle are a valuable part of British livestock and that he is committed to raising their profile and helping to protect and preserve them.

He explains: “The Albion are not just a lovely looking breed with a great temperament, they are part of our heritage in this country and we need to be doing everything we can to try and preserve them.

“It is fantastic that Albions have been officially recognised as a true native breed by the Rare Breeds Survival Trust but we now need to work hard to increase the breed population.

“The message we really have to get across to people is that when endangered and rare breeds like the Albion are gone, they are gone forever. By having them at the farm park I am hoping we can raise awareness of the cattle and their story.”

The majority of the farm’s collection is comprised of rare breeds and Jordan says he is passionate about raising their profile and the importance of their heritage.

“I want our visitors to go away knowing how rare breed animals have helped to shape our landscape,” he adds.

Bred for both beef and dairy, the dual-purpose Albion was set to become a major cattle breed of the UK in the 1920s before herds were decimated by two outbreaks of Foot and Mouth, in 1923 and 1967.

Numbers were hit again after the Second World War when dual-purpose breeds such as the Albion were replaced by herds with a single purpose. Fortunately, a small handful of breeders kept the line going and the cattle that remain today are the descendants of these.

The position of Albion cattle in the UK today is “critical”, according to Gail Sprake, chair of trustees at the Rare Breeds Survival Trust.

“The Albion is one of our most endangered breeds of cattle in the UK and are categorised by Rare Breeds Survival Trust as category one, critical,” she says.

“The Albions at Melsop Farm Park are the only examples of the breed in all of East Anglia and, as such, Jordan is playing a vital part in the national breeding programme in order to secure the future of this iconic breed.

“The geographical isolation of the Melsop herd means that valuable bloodlines are protected should animals in other parts of the country be compromised through any disease outbreak.

“A visit to Melsop Farm Park is worthwhile if only to meet and admire these very rare animals.”