Oilseed rape growers across the country are finding this autumn a welcome relief from the disastrous start so many of their crops had with the combination of last season’s dry September and intense cabbage stem flea beetle pressure. 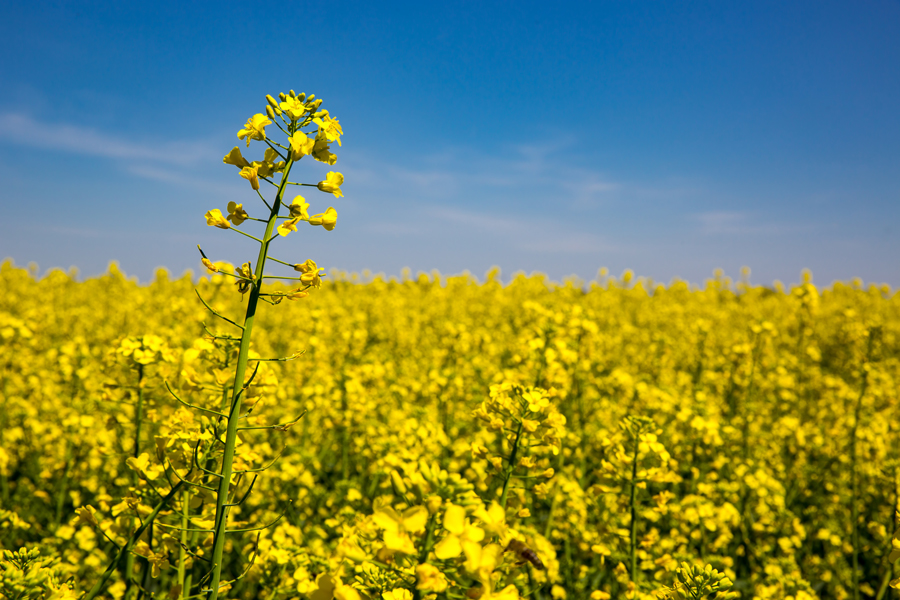 Oilseed rape growers across the country are finding this autumn a welcome relief from the disastrous start so many of their crops had with the combination of last season’s dry September and intense cabbage stem flea beetle pressure.

In marked contrast to 2019, of the 30-plus Dekalb small plot and field-scale trials Bayer technical specialist, Richard Phillips is directly involved with from Hampshire in the south to Aberdeen only a single one has failed to establish this season; and this through auto-casting into particularly difficult conditions rather than pest problems.

“Thankfully this autumn has been much kinder to us than last,” he reports. “Our trial site experience confirms ADAS monitoring showing little, if any, CSFB migration until the final few days of August. Numbers have, inevitably, built-up since then in many areas. And two warm, dry weeks in the middle of September caused us some concern. But cooler, wetter conditions from the end of the month have helped crops through.

“Decent amounts of soil moisture in August meant earlier-sown crops fairly romped through the danger period. So much so that those we sowed in mid-July as an extreme test were eight-leaved monsters by the end of September. They are needing some careful canopy management going into the winter.

“We’re also concerned that the growing points of some very early-sown varieties may be too high to deal with much in the way of frost. Although equally leafy, the modern semi-dwarf we included in our work for just this eventuality is already showing the much more restrained growth habit associated with its superior winter hardiness.”

Greater CSFB damage is evident in the late August and September-sown Dekalb trials. However, these should be able to grow away from it where there is sufficient moisture.

Mr Phillips does anticipate some losses amongst later-sown crops on farm this season. But he doesn’t see them being nearly as severe as 2019; not least with research showing crops beyond the cotyledon stage are more tolerant of adult flea beetle grazing than generally assumed. Indeed, marked yield losses often haven’t been found until over 60% of the leaf area has been lost.

“Again this autumn, it is the earlier-sown OSR that is looking best,” he observes.  “But again this is far more to do with the weather than the time of sowing. Our early- drilled Danish trials which didn’t get the August rainfall we had here are looking awful.

“Regardless of the pest threat, this just goes to underline the crucial importance of sufficient soil moisture in the critical period from germination through to the first true leaves.

“Even so, the lower beetle populations recorded in many parts of the country should help offset this risk. As will using varieties like DK Extremus that are especially early to grow away in the spring as well as fast to develop in the autumn.”

Visual differences between varieties with different speeds of autumn development have yet to become as marked in the trials as they were last season.  And with much more favourable establishment conditions, these differences – as well as those between hybrid and conventional varieties – may be rather less obvious than in more challenging seasons.

What has already become quite clear in the Dekalb trials, though, is the lack of noticeable differences in emergence between seeds of different sizes.

“It has become fashionable to believe larger seed gives OSR an initial advantage,” Mr Phillips says. “But our side-by-side strip trial work with thousand grain weights of the same variety both 10% and 20% higher than a standard 5g is showing absolutely no differences in speed or evenness of emergence whatsoever. At the same time, we’ve seen a vigorous, rapid- developing DK hybrid emerge much faster than a very much larger seeded TuYV-resistant competitor alongside it.”

Overall then, what is Richard Phillips verdict on this year’s OSR?

Well, it’s early days yet, but he is quietly confident with the way the crop is looking so far. Not only that, but he sees the smaller area in the ground and the move to wider rotations helping to reduce many of the pressures OSR has come under in recent years, making the growers who have stuck with the crop very glad they have.

“On average last season, our national CSFB management study with more than 200 growers showed an average of only around two thirds of OSR crops making it through to harvest,” he notes.  And yields were well down too.  I expect pest losses to be far lower this time around.

“There is a lot of water to go under the bridge. But, with such good establishment, I wouldn’t be surprised to see national production in 2021 at least as high as 2020 despite the much smaller area of crop. Particularly so, if we don’t get another monsoon winter and bone dry spring.”