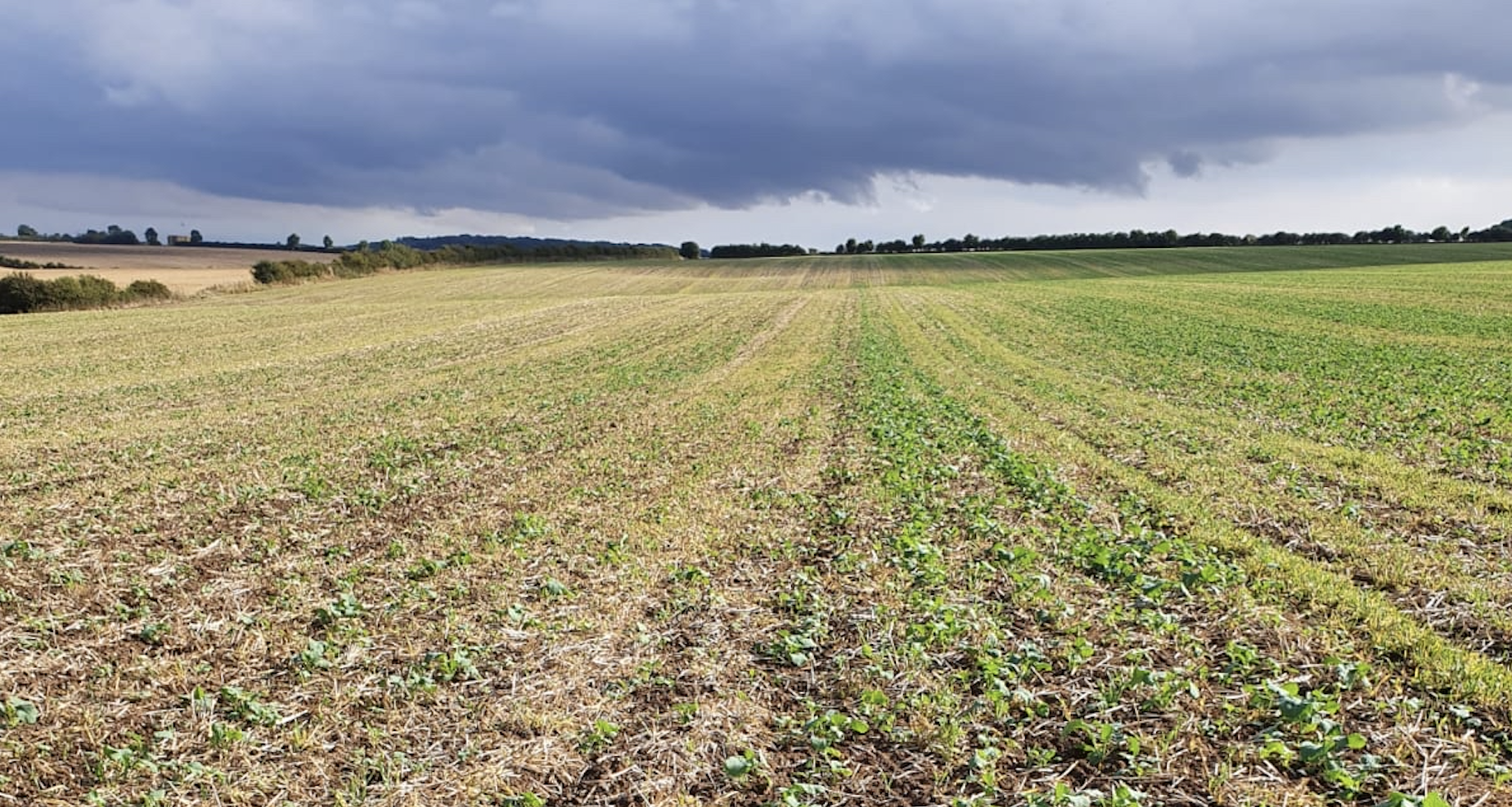 Beginning his first year of commercial trials with primed oilseed rape seed, East Lincolnshire farmer Peter Hewson believes both he and other UK rape growers could see significant agronomic benefits from the use of primed rape seed.

Seed priming technology, developed by seed breeder Elsoms Seeds, is already successfully used in both sugar beet and vegetable crops and the new commercial farm trials hope to prove that the existing benefits of primed seed can be successfully transferred to oilseed rape crops.

Farming on the rolling chalk hills that make up the Lincolnshire Wolds, Peter drilled 75ha of OSR split across two crops of the variety Elgar on 12th August. Plots were positioned side-by-side, so a direct visual comparison could be made on the establishment and early emergence of both the primed and unprimed crops.

“Drilling conditions that day were pretty decent, with just enough moisture in the soil, and we established the two rape crops straight after harvesting a crop of winter barley using a Opico He-Va subsoiler with some light discing upfront to create a shallow tilth in the stubble,” says Peter.

“After completing drilling, we double rolled immediately to keep the ground firm. Although both crops emerged on the same day, the primed seed crop showed 40-50% more vigour and the overall emergence was much more even, with all plants at around the same height 3-4 weeks post-emergence. At four weeks, there was also a noticeable height difference between the two crops with the primed seed plants averaging 6-8cm. In comparison, the tallest plants on the unprimed crop were 3-4cm in height, with many still below 2cm.

“The Wolds are very exposed, and we experience challenging weather and hard frosts, so it’s always been important for us to try to drill early with the aim of producing bigger, healthier rape plants better able to cope with pests such as cabbage stem flea beetle (CSFB) and extreme weather. One of the key advantages of primed seeds is that they require less soil moisture to germinate, and this could be a critical factor in being able to consistently drill early, even when moisture levels aren’t at the level we’d normally be looking for. CFSB is also a key challenge and we’ve historically suffered yield losses of 10-20% which I put down to the young OSR plants not being able to grow away from adult flea beetles present in later summer when we would normally drill.” 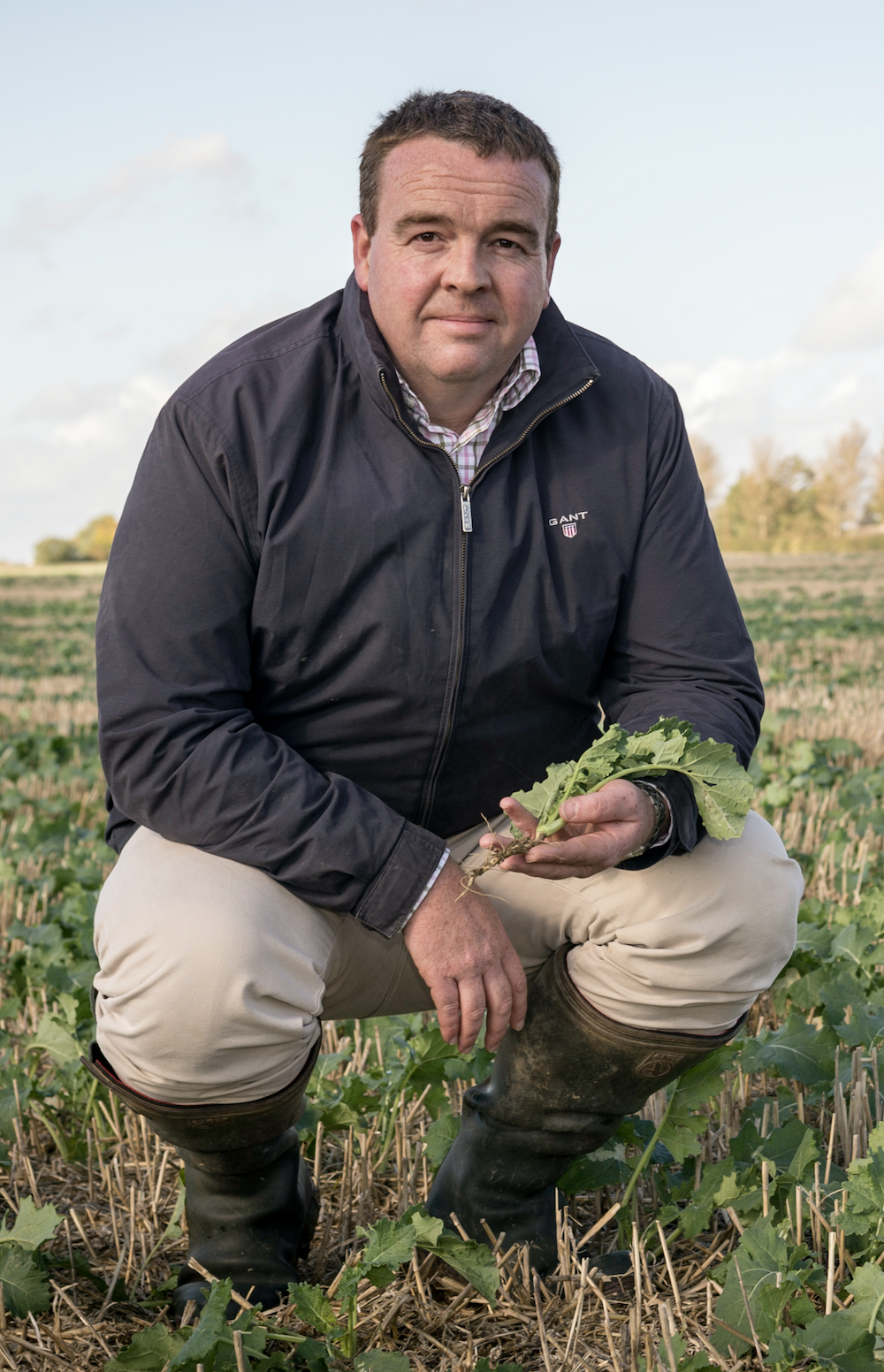 “Although we choose to establish early if conditions permit, primed seed could also potentially be a way of widening the OSR drilling window given the rapid growth we’ve seen from this trial, offering other UK grower’s better prospects for an early or mid-autumn drilled crop.

“Following what I hope will be a successful commercial trial the plan is to increase my area of primed OSR seed to 25% next year, depending on seed availability,” concludes Peter.

“We’re hopeful that trial results will not only show quicker crop emergence through use of primed seed, but also a more evenly established crop that is better able to withstand any pest attack, including cabbage stem flea beetle,” says Duncan.

“Initial assessments from our Herefordshire trial are very positive. We drilled two plots of Elgar (primed versus unprimed) on 3rd September at rates of 80 seeds/m2. Seedbed soil conditions where excellent on both plots with a fine, firm tilth – however moisture levels where lower than ideal. Plant counts were taken on 20th September that confirmed the primed Elgar crop was at 62 plants/m2, whilst the unprimed crop was showing 28 plants per m2 – a significant difference.

“There was a medium level of shot holing from flea beetle grazing across both OSR plots, with the larger plant population in the primed plot certainly showing less grazing pressure per plant. Plant counts will be done again at the four-leaf stage to give final established crop plant populations,” he concludes.