Mixed weather patterns across many regions of the UK and Ireland is leading to localised outbreaks of late blight in potatoes, according to Corteva Agriscience. 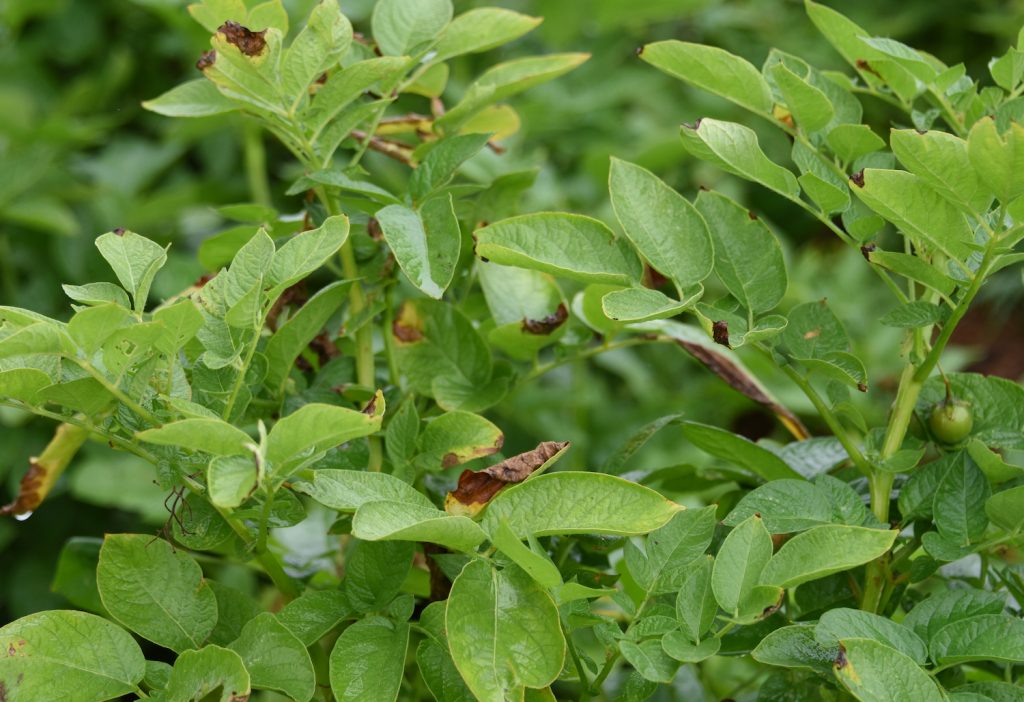 Mixed weather patterns across many regions of the UK and Ireland is leading to localised outbreaks of late blight in potatoes, according to Corteva Agriscience.

Main crop varieties are closing in on the burndown phase but much of the planted area has up to three weeks left and growers need to ensure they take clean crops into store.

The Blightwatch alert system, hosted by the AHDB and the MET Office, is displaying red warnings – indicating the highest level of blight threat ­– for the next 48 hours in key potato-growing regions.

The counties with Blightwatch red alerts in England include Lincolnshire, Yorkshire and Lancashire.

Forfar and Ayr in Scotland have a similar level of threat indicated for the coming days, as does Wales.

Corteva Agriscience’s Field Technical Manager for potatoes, Craig Chisholm, says the crop protection and seed company has received a flurry of calls from growers and advisors on how to protect crops late in the season.

“The risk is that tuber blight could be carried into store, caused by temperatures falling and rain washing zoospores into the soil,” he said.

“Catchy weather may well extend the intervals between spraying blight fungicides, so we are advising growers to use a product that will protect the canopy for 10 days.

“Some growers have the added complication of managing a stop-start cereal harvest at the same time as carrying out preventative blight sprays. Because of this, a product with some curative activity on blight will prove useful.”

“Zorvec has very good activity on the leaf surface and within the plant so acts to prevent the production of zoospores that cause late blight,” he said.

Rainfastness is another concern as showers appear hugely localised, making it difficult for sprayer operators to plan applications.

Craig added: “Zorvec is as rainfast as any active ingredient available to UK growers. There will be some variability with different levels of leaf wetness, canopy structure and leaf surface, but growers will favour a robust fungicide that will protect their investment so close to the end of the season.”