Professor Dr-Ing habil. Klaus Hoehn has been honoured with the Grashof Commemorative Medal for his contribution to the development of future technologies. 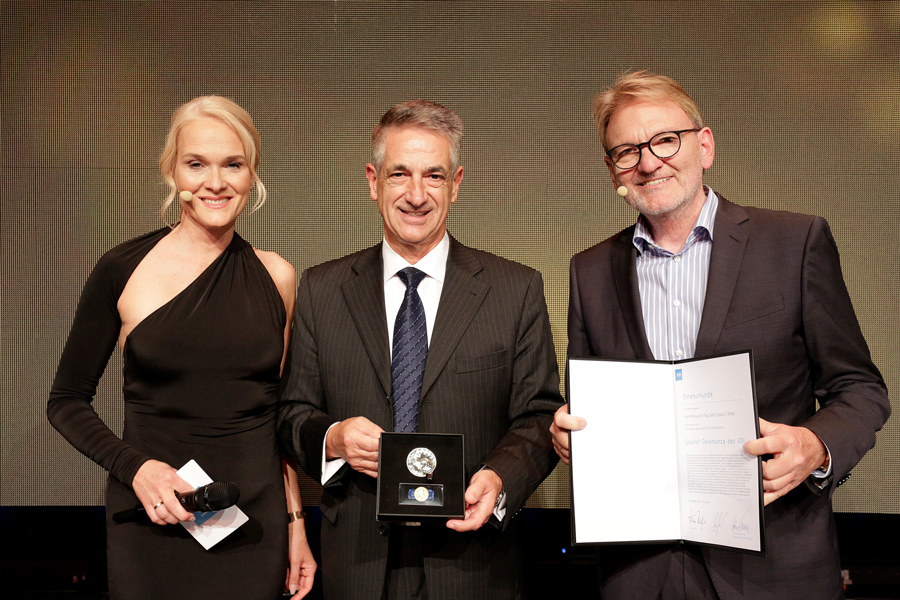 On the occasion of the German Engineer’s Day organised by the Association of German Engineers (VDI), Professor Dr-Ing habil. Klaus Hoehn has been honoured with the Grashof Commemorative Medal for his contribution to the development of future technologies.

Professor Hoehn, the head of global technology development at Deere & Company, now becomes part of an exclusive circle of only 100 German engineers who have received this award. They include Carl Bosch, Ferdinand Porsche, Ferdinand von Zeppelin and Max Eyth.

The VDI honoured Professor Hoehn as a “pioneer of digital farming”, achieving great success in the growth of agricultural technology through research and industrial development. An important milestone in John Deere’s progress in this area was the establishment of the European Technology and Innovation Centre (ETIC) in Kaiserslautern, Germany, which was initiated by Klaus Hoehn. 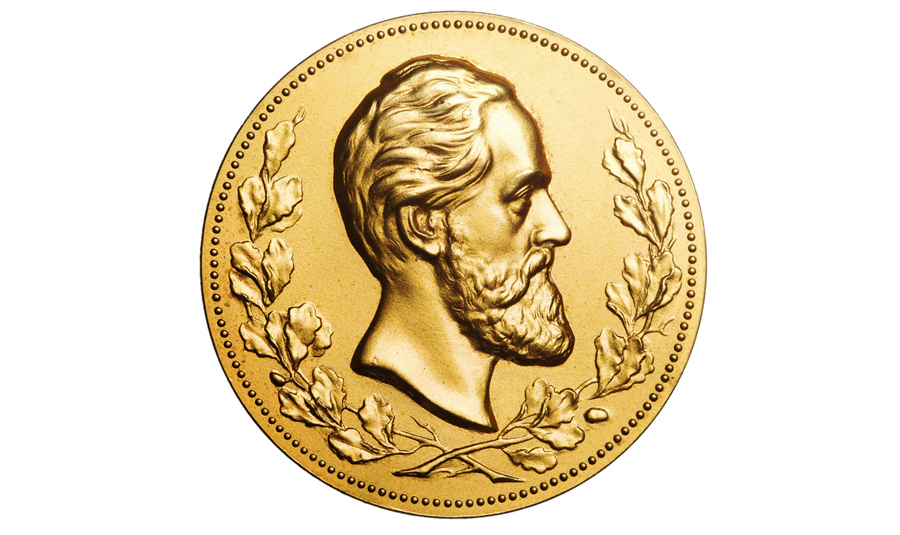 At the ETIC, engineers, agronomists and computer scientists work together on intelligent solutions for digital farming and carry out research on other future technologies. ETIC also has close connections with universities as well as organisations such as VDMA (the German Mechanical Engineering Industry Association), VDI and other John Deere technology centres worldwide.

After his doctorate and postdoctoral qualification in agricultural technology and engineering at the University of Rostock, Klaus Hoehn worked as a university professor for several years. In 1992 he became head of tractor development at the John Deere Mannheim Works, helping the location to achieve greater prominence within the worldwide business.

Later he became head of large tractor development at the John Deere Waterloo Works in Iowa, USA and was then given responsibility for John Deere’s global tractor construction. Subsequently he was named Vice President Advanced Engineering and Technology, based at the company headquarters in Moline, Illinois.

In the past 25 years, Klaus Hoehn has had a significant impact on the development of John Deere as a company and its technologies. Moreover, he has contributed to strengthening Germany’s position as Europe’s leading location in the development and production of innovative agricultural technology. In addition to his technological achievements, Professor Hoehn has rendered outstanding service to the establishment of global innovation networks, in which the VDI plays an important part.

The Grashof Commemorative Medal is the highest distinction that the Association of German Engineers can bestow for merit in engineering skills. It was established in memory of the German engineer Franz Grashof, the co-founder and first director of the VDI from 1856 to 1890.