A Cumbrian company is supporting the British wool industry by sourcing around 22 tonnes of Herdwick wool from Cumbrian farmers this August, to use in its best-selling chimney draught excluder. 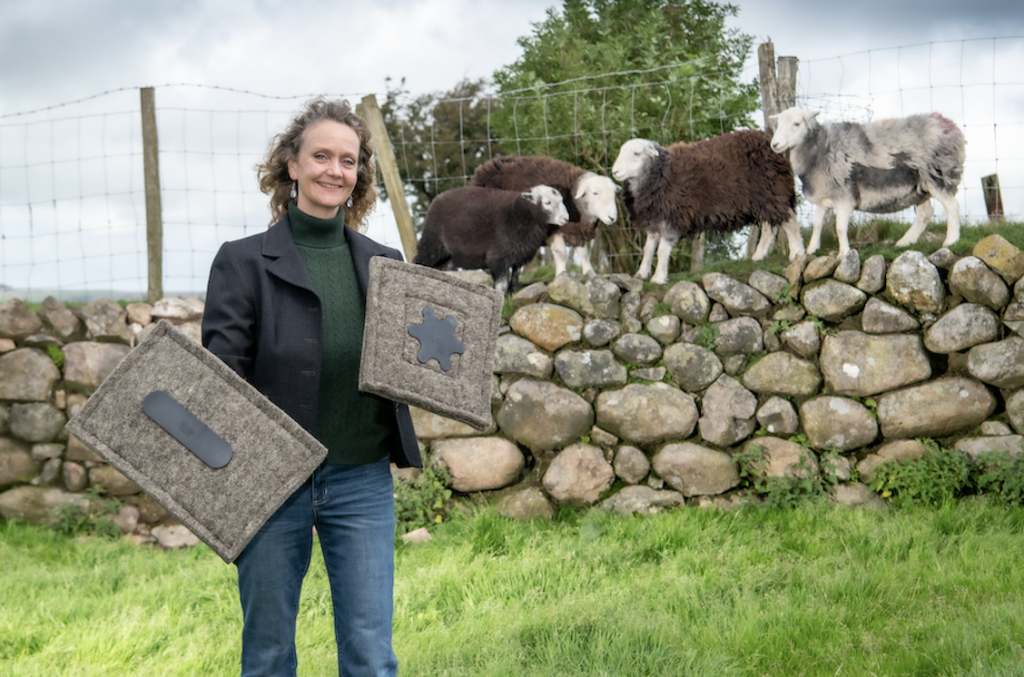 A Cumbrian company is supporting the British wool industry by sourcing around 22 tonnes of Herdwick wool from Cumbrian farmers this August, to use in its best-selling chimney draught excluder.

Cumbria Sheep Ltd has started its annual wool-sourcing project, Operation Wool, for the third year in a row.

This year, the company has upped its usual target to 22 tonnes, up from 16 tonnes last year. This equates to wool from just over 20,000 Herdwick sheep – a fifth of the UK’s population of Herdwicks.

Covid-19 caused the wool market to close in February, resulting in vast amounts of wool left unsold in depos and a crash in the price of wool.

Sheep farmers are now receiving less for their wool than it costs to shear the sheep and the value this year is set to drop by at least half, according to British Wool. Many farmers are being left with no other option but to plough their wool into the fields as fertiliser.

Company founder Sam Phillips said: “There has been no better time than right now to support the British wool industry and the farmers that supply it. It is so important to me that we buy this fantastic material because if we don’t it will either get thrown away or burnt which is a heartbreaking thought and will of course negatively impact the environment.

“Herdwick wool in particular has such brilliant properties like durability and breathability which makes it perfect to use for making our Chimney Sheep draught excluder. Due to wool’s versatility, I would encourage more manufacturers and producers to look to it as an alternative material and in turn, help get the industry to grow again in the UK.”

Once the wool has been collected from local farmers it will be transported to Yorkshire to be scoured and will be shipped to an Austrian processor, where it is treated with a unique ionic protect plasma. This makes it 100 per cent moth proof and aids its longevity.