At a recent BASF meeting at NIAB, three farmers from very different locations discussed their approach to managing their wheat crops. 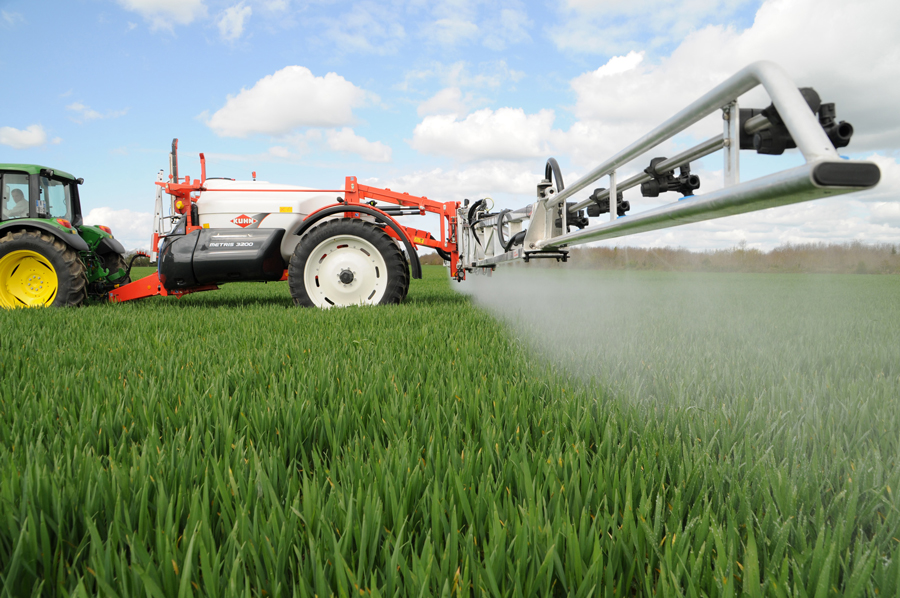 At a recent BASF meeting at NIAB, three farmers from very different locations discussed their approach to managing their wheat crops. Two things they all agreed on are that profit drives every decision they make and that all three are cautiously optimistic about the potential of their wheat crops this year.

Edward Vipond manages 1,450ha at Troston Farms in Suffolk; the soils on the four blocks range from blowing sand to heavy clays. The farm is managed to break-even without subsidy, so what he grows where is pivotal to delivering to this objective.

Rye is grown on the Breckland sands, wheat and beans and maize on the heavier land; he plans to drop oilseed rape next season because Cabbage Stem Flea Beetle larvae have been devastating the crop. Wheat is drilled late to ameliorate the impact of black-grass and varieties are selected for yield and disease resistance ratings.

“Last autumn we started drilling on 12th October at 325 seeds/m2 and finished drilling on the 10th of January at 650 seeds/m2 following sugar beet,” he says.

Irrespective of sowing date, his aim is to achieve ear counts of 750-800 ears/ m2 from his crops of Sundance, Skyscraper and KWS Santiago.

“The Sundance and Skyscraper are looking very clean and well, and Santiago is still clinging on.”

In terms of fungicide strategy, his mantra is to work back from T2 timings and to manage varieties based on their disease resistance and seasonal pressure.

“We can spray all of our wheat [450 ha] in two to three days, so we can leave our fungicide choice until the last minute; but applying a protectant to leaf 3 is important to stop infection getting in, to maintain green leaf area and yield potential. This means keeping dose rates up, applying two SDHIs on the heavier land and reining back to no SDHI on the lighter land, unless it’s needed.”

David Lalor farms Griffinstown in County Wicklow, 40 miles south of Dublin. His soils are sandy, silt loams and, farming in the shadow of the Wicklow Mountains, rainfall is very high at 1,000-1,100 mm/year, so disease pressure is correspondingly high. Cropping comprises of wheat and barley, with broccoli and oats as break crops.

“The lack of Septoria resistant varieties is an issue in Ireland, 90% of the options we have are susceptible; JB Diego has been the mainstay for us, but because wheats aren’t doing what we need them to do, winter barley is increasingly being grown by a lot of farmers.”

Mr Lalor’s overriding aim is to keep the top three leaves as green as possible, for as long as possible.

David Fuller-Shapcott farms at Sweethope Farm in the Scottish Borders, he is a regular participant in the ADAS Yield Enhancement Network (YEN) and – like Edward Vipond – has been involved in BASF’s Real Results trials community since its inception three years ago.

His wheats – drilled in the first half of October – are looking promising this year, the season is two weeks early, but his word of caution about what the crops might yield this year is his perpetual challenge as the number of available spraying days, and the potential for delays in applying T0s and T1 sprays.

He says that his fungicide programme equates to about half of his agrochemical spend, and that his farm standard will be 1.25 l/ha of Adexar plus chlorothalonil at T1 and T2, with the addition of a strobilurin at T2 followed by a low-cost T3 insurance.

Commenting on the fungicide choices made by the three farmers, BASF’s Tim Short said that SDHIs are now the backbone of wheat fungicide programmes for controlling Septoria. “What was interesting last year is that, despite the enduring dry conditions, there were more SDHIs used in 2018 than in any previous years. Xemium was the dominant choice, with 42% of the market applying it at T1 and 52% selecting it at T2.”

Bill Clark, Technical Director from NIAB said that, even in the dry conditions, the average yield response last season was 2 t/ha.

However, he said that timing was critical, and that mistakes are still made in getting it right. “Dissection is the only way to properly determine growth stage; if you get it wrong, disease on leaf three can infect the emerging flag leaf, because it physically sits above it.”

He added that growers should also remember that just because you don’t see physical symptoms, latent disease can be growing within the leaf and, given that fungicides are only effective until half-way through the latent phase, any applied after this will not control the disease.

The challenge, he said, for this year will be how and where to adjust fungicide programmes based on yield potential.

Strawberry crop expected to be bigger, better and juicier this year