“Put yourself first”: NZ farmer opens up on depression battle

A New Zealand dairy farmer who has spoken candidly about his battles with mental health urged farmers to put themselves before their farm. 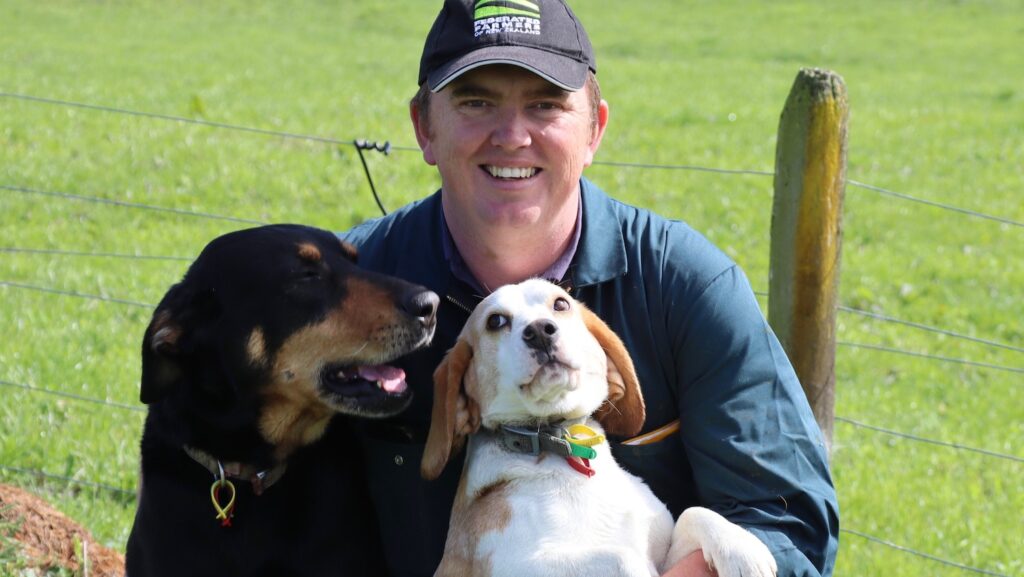 Speaking during the Dairy-Tech Mental Health Awareness seminar on Thursday (11th February), Wayne Langford – a sixth-generation farmer from Golden Bay – explained how he used to put his farm first, but says now his priorities are with his family and having fun.

Wayne, better known as the man behind the You Only Live Once (YOLO) Farmer Blog, said he decided to do something about his depression on his 34th birthday in 2017, after getting to the point where he had stopped making decisions and was becoming angry and irritable.

“My kids said I was no fun anymore, which was a real killer for me,” he said.

“After a week or so mostly in bed, I had an out-of-body experience on my 34th birthday which made me realise I was fit, healthy and had a family.

“I got out of bed and took my family to the beach that day, sparking the idea we should challenge ourselves to do something different every day,” he explained.

That is when Wayne and his wife Tyler set a challenge for a year of doing one thing each day to show that they had lived that day, recording it on his YOLO blog and in doing so, changed their lives completely. Wayne continues to share his daily challenges on Instagram.

Wayne says one of the hardest things is reaching out for help. He said: “I remember thinking I would be locked up and put in a straightjacket. It could not be further from the truth.”

To use a farming metaphor, Wayne says his brain had “cooked itself” like a tractor engine. “My engine needed to be cooled down and the damage repaired before it could achieve great things again.”

He added: “For two years I felt like the lame cow in the herd holding everything back. No cow wants to be the lame cow, and while they will try and not be a straggler, all it takes is a bit of treatment and love from the farmer to help them improve.”

Mental health is a growing issue in agriculture and, according to the World Health Organisation, the next pandemic is predicted to be a mental health one.

In 2019, 102 suicides were registered in England and Wales in those working in farming and agricultural related trades, with farmers feeling the effect of pressures on their mental health.

Stephanie Berkeley from the Farm Safety Foundation said: “Our industry is facing some very unique pressures at the moment, with COVID, Brexit and more. Whilst farmers are renowned for the attention they give to their livestock, crop and machinery it appears they do not have such a good track record when it comes to taking care of themselves and their own wellbeing.”

She said it was important to start having genuine, non-judgemental conversations with people about their mental health and start normalising conversations around the subject.

“If you are worried about someone, ask if they are okay and if they don’t respond, ask again. It is an opportunity to open up a conversation. While it is not your job to diagnose, you can show you care by having these conversations,” she said.

From 15th-19th February the Farm Safety Foundation is running the fourth annual Mind Your Head campaign to raise awareness about mental health issues in agriculture. You can find out more at yellowwellies.org/mind-your-head/

Dairy-Tech Online is running on weekdays from 3rd-17th February. To view the programme of activity and to register for free go to dairy-tech.uk/