The past decade has undoubtedly seen some big leaps forward in all aspects of technology. The way we generate, view and use data is changing but also the unexpected problems

The past decade has undoubtedly seen some big leaps forward in all aspects of technology. The way we generate, view and use data is changing but also the unexpected problems we face has spurred radical new thinking across all industries. For Lincolnshire based Martin Lishman Ltd, a driving force behind their products has been the use of data to help the farming industry become more efficient and less wasteful.

Martin Lishman’s Managing Director, Gavin Lishman said: “Although there have been advances in farming technology for as long as we have been farming, the current generation of farmers have even higher expectations of what can be achieved. At Martin Lishman we have introduced products with the goal of meeting these expectations with innovation. We have shown that simple, cost-effective solutions can be used to yield more by reducing waste rather than focusing solely on producing more. From the point the seed enters the ground through to harvest and storage, our products have helped farmers optimise their production and streamline their processes even further”.

A revolutionary monitoring and control system

Martin Lishman’s Barn Owl Wireless system was their first venture into the world of Agri-Tech. Completely unique at the time of release at the start of the decade, the first systems introduced gave farmers a newfound ability to monitor and control crop stores remotely. Setting the benchmark for crop monitoring and control, Barn Owl Wireless crop sensors, fan controllers and an online portal removed the need to manually check grain store temperatures and added the ability to turn cooling fans on and off using fully automatic fan control modes when it is most efficient to do so. The result was a more consistently maintained crop as well as reduced energy costs and faster cooling times. 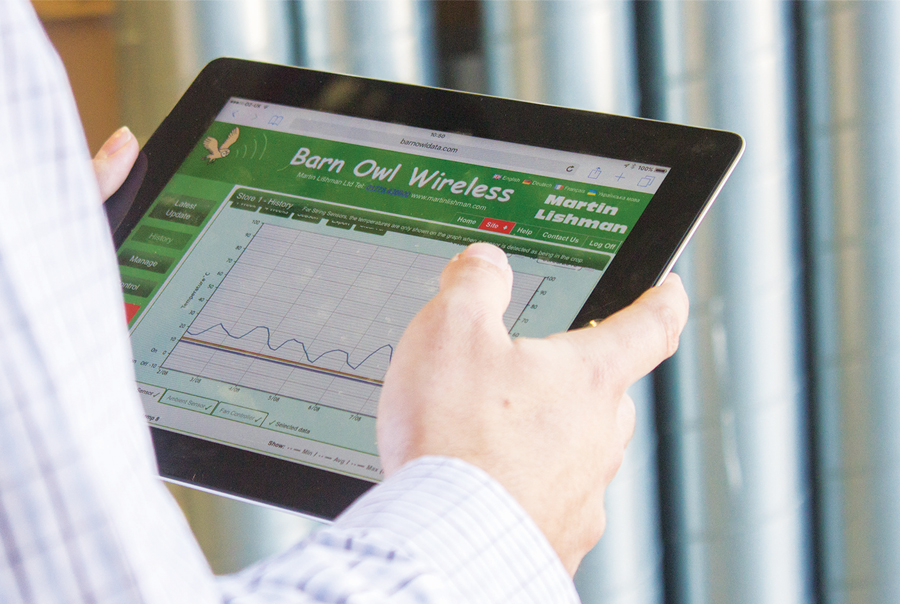 Barn Owl Data website being accessed on an iPad

Food wastage concerns have been one of the driving forces behind Martin Lishman’s data logging range of products. Focused on bruising and damage issues during harvesting and handling, nearly 30 years ago Martin Lishman’s TuberLog Electronic Potato proved that potential damage causing areas could be found and rectified quickly. Advances in smartphone and Bluetooth technology allowed data from the potato shaped data logger to be viewed in real time and users to immediately make improvements to processing lines.

The success of TuberLog in potato facilities worldwide spawned the creation of the BeetLog; the same concept but in a heavy-duty sugar beet shape able to withstand the harsh nature of sugar beet harvesting. Most recently the award-winning ImpacTrack range uses the latest in 3D printing technology to offer fruit producers the benefits of impact data logging by recreating virtually any shape, size and density of fresh produce and contributing to a significant reduction in waste and damage losses. 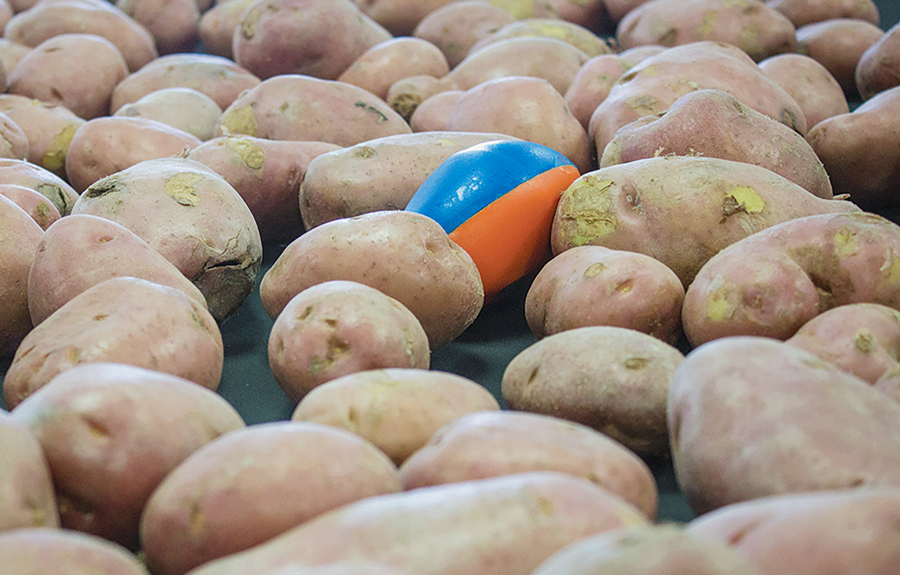 Voted the most accurate moisture meter on the market, the Protimeter Grainmaster has served farmers well for many decades. The introduction of the Grainmaster i-2S in 2017 built on the foundations of the original with many new enhancements. The most significant upgrade was the addition of Bluetooth connectivity and the Grainmaster App which allow users to create recording maps of multiple crop stores. Readings from the meter or any of the optional temperature probes can now be sent instantly via Bluetooth to a smartphone, speeding up the recording process and making it easier to provide evidence for crop assurance schemes. 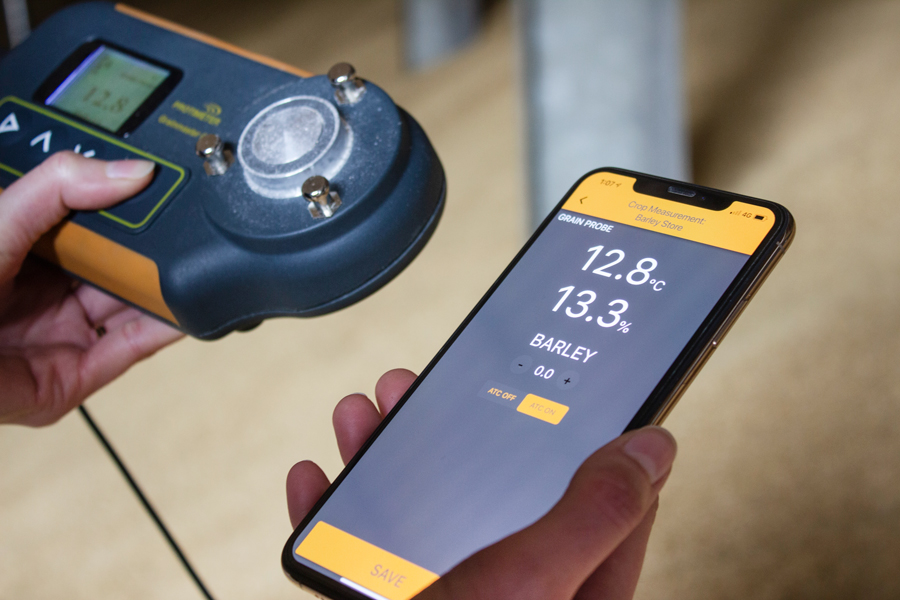 Martin Lishman’s MiniTemp Blue gave farmers an alternative to a full wireless monitoring system. Previously requiring cables running over the grain surface to connect to temperature probes in the grain, or the labour-intensive process of walking the grain heap and pushing in a probe to take readings, Minitemp Blue uses Bluetooth technology to make the job simpler and faster. Using the ML Sensing App on their smartphone, farmers can view crop temperature readings instantly, or the device can be set to record internally so that full historic data can be downloaded to the phone, exported and used for crop assurance. 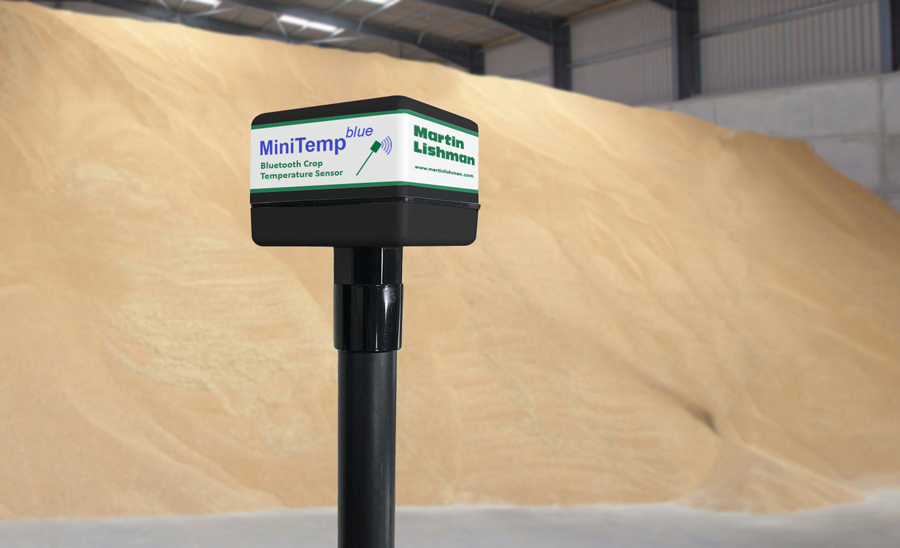 The Bourgault Tillage Tools range of Speed-Loc adapters and quick-change drilling systems has shown UK farmers that the process of swapping and changing cultivation and drilling parts can be quick and easy. The ability to swap points with one hammer throw or change seeding type with one bolt was key to their success. Advancements in seeding design from the Canadian company lead to the development of the Versatile Opener System (VOS), their answer to direct drilling. Sole UK importer Martin Lishman brought the first set of VOS coulters across in 2015 and kickstarted a chain of conversions on Horsch Drills. Bourgault’s contribution to VOS development to suit UK conditions remains in full swing with more trials currently taking place on other manufacturers’ drills. 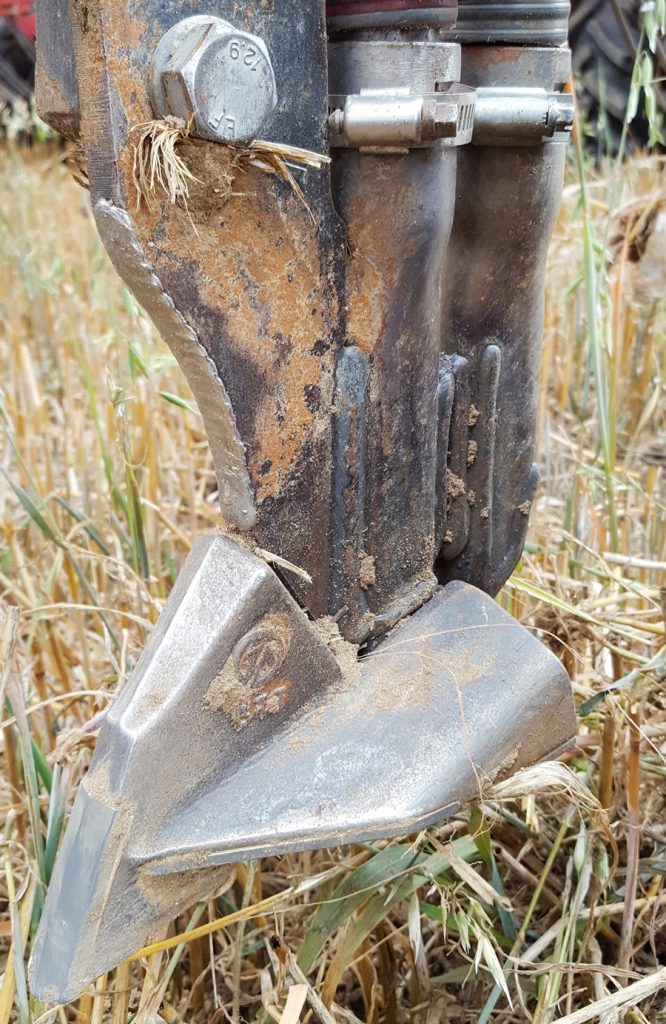 Bourgault holder and tip mounted on a Horsch drill

“It has been an exciting decade for us at Martin Lishman” says Gavin Lishman. “The industry has changed considerably since the company started back in 1975. Our product line has changed and improved over the years to meet customer needs and expectations with new innovations, and we look forward to continuing the trend into the next decade.”