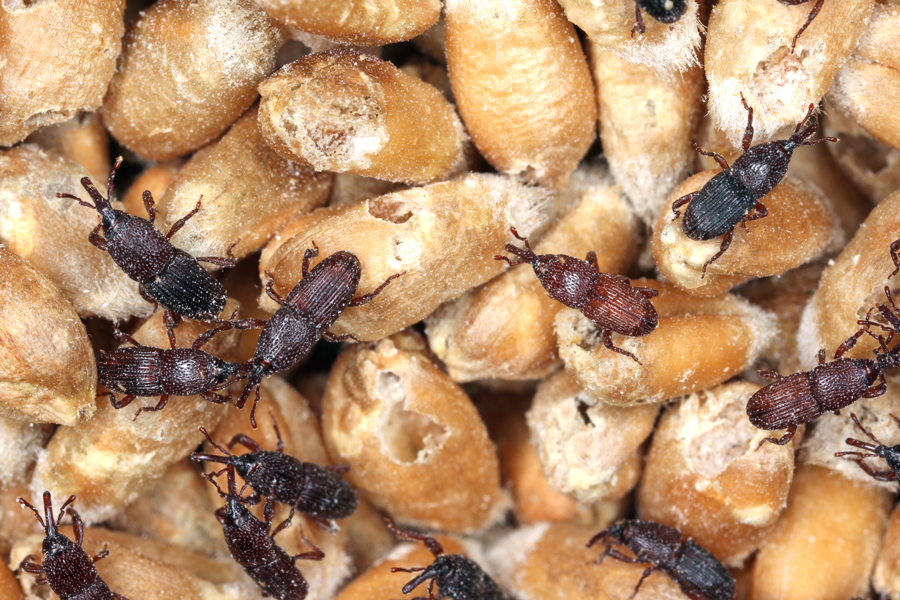 I am going to say something controversial here. Moisture does not matter. I know this will sound plain strange to an industry that harvests, dries, stores and sells under a moisture target – but please bear with me.

We must distinguish between primary and secondary insect pests here. Primaries feed on the grain itself (e.g. grain weevil, sawtooth grain beetle, rust-red grain beetle and flour beetle). Secondaries feed on things in a grain store (e.g. hairy fungus beetle, psocids and foreign grain beetle). For the most part, these are fungal feeders so moisture plays a role in secondary insect infestation, but these insects are far rarer than those named above.

Mostly, if a load is rejected for a secondary insect it is because they have hopped on the back of mouldy conditions created by primary insects.

All primary infesting beetles except for the grain weevil are not native to the UK. If you cool your grain to temperatures they would not encounter in their country of origin, you severely debilitate their ability to breed at high rates.

Global data on insect breeding shows the average minimum breeding temperature for primary insects: If you get your grain below that temperature, you are creating a hostile environment.

So, get those fans running! For those who may ask: ‘What if it’s warm outside?’, ‘What if it’s raining?’, I refer to the Home-Grown Cereals Authority (HGCA) Good Storage Guide, which states that for grain to become damp from blowing, you need a combination of:

Rain will not make a difference unless it is actively sucked into the fans that are blowing. HGCA recommends that any time the grain temperature is 4°C higher than the air temperature outside, you should be blowing. I would conclude that fans should be turned any time it is cold outside, and temperature is more important than moisture when it comes to avoiding insect pests.

What are your post-harvest plans?