Tractors, cars and motorbikes could raise up to £1m in Cheffins October Vintage Sale

The fourth Cheffins’ collective sale of 2021 will see a series of classic and vintage tractors, cars, motorbikes and collectors’ items on offer on 23rd October at the Cheffins sale ground at Sutton, near Ely. 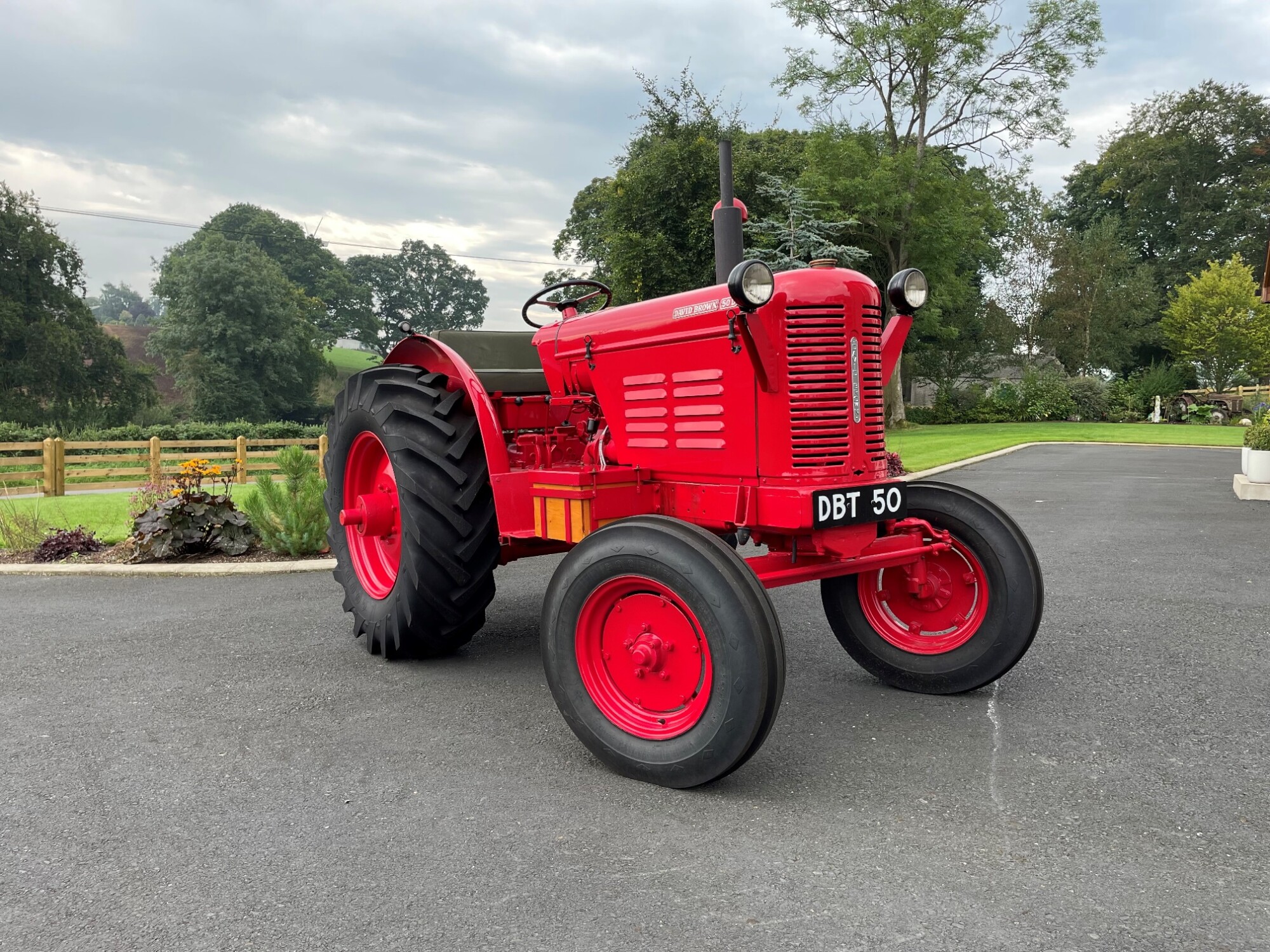 The sale is anticipated to raise from £800,000 to £1,000,000 as the 1,500 lots go under the hammer at what is Europe’s largest auction of its type. Based in East Anglia but operating nationwide, Cheffins is one of Europe’s leading auctioneers of vintage machinery, and this sale is set to be a major event for collectors and enthusiasts.

Amongst the tractors, the lot with the highest estimate is a 1915 Overtime Model R tractor which is believed to be one of the oldest working examples in the UK. Originally imported in 1916, The Overtime was the British name for the American-made ‘Waterloo Boy’ tractor which was imported to the UK by the Overtime Farm Tractor Company. This tractor was discovered in an abandoned state by the present owner in 1959 in Farnham, Surrey, and has since seen a major restoration. It has been used in over 120 ploughing matches and exhibited at 200 shows and is now set to sell for between £30,000 and £35,000. Also available in the tractor section is a 1953 David Brown 50D tractor, which has been perfectly restored and has an estimate of £25,000 – £30,000 and a 1963 Roadless Ploughmaster tractor which has had only two owners from new and has an estimate of £35,000-£40,000. 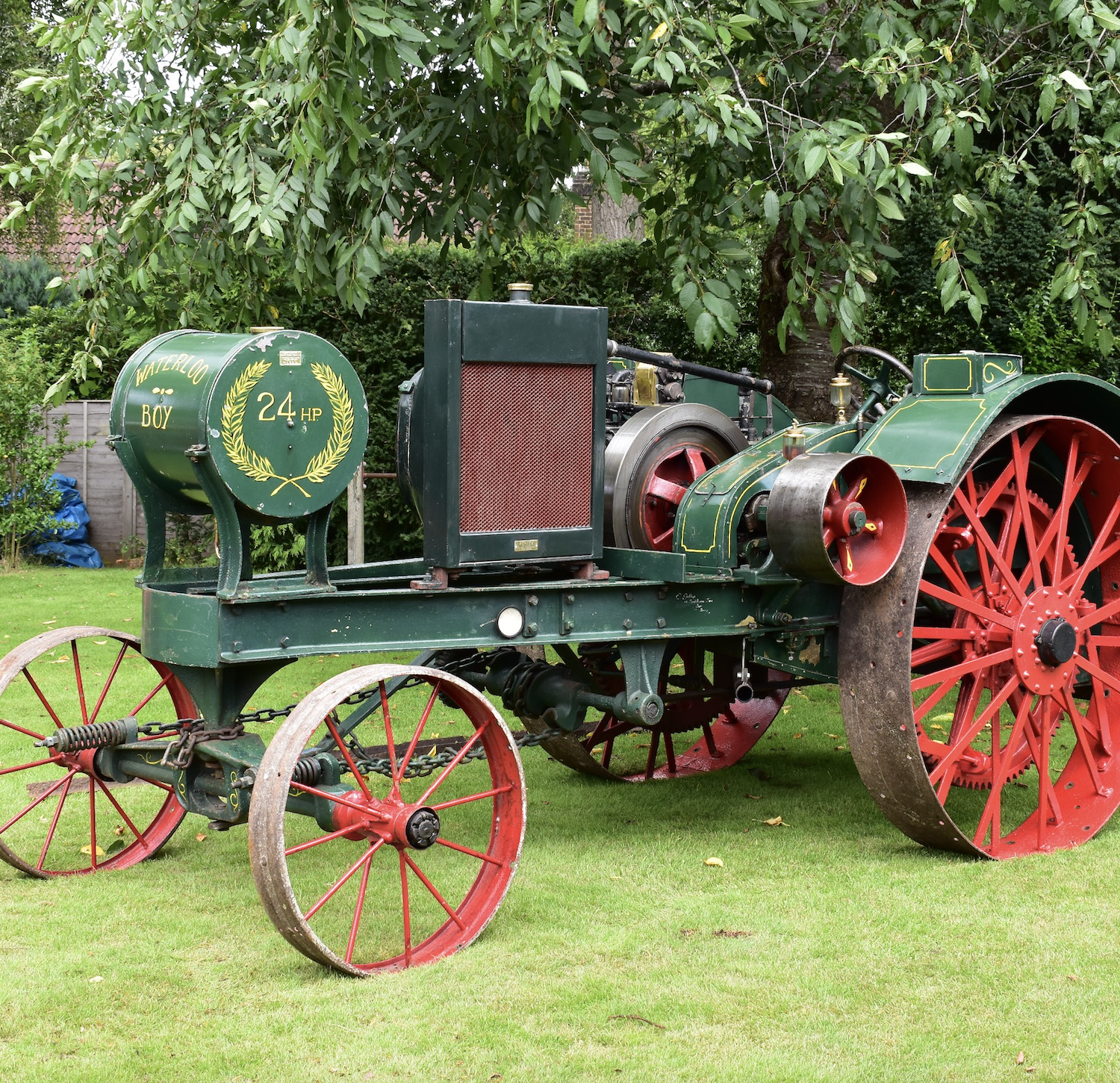 The vehicles section also sees a varied catalogue, with a 1919 3048cc Belsize 15/20 Open Tourer set to sell for between £25,000 and £30,000. This example, with registration number SV 9204, was the first motor car built by Belsize Motors Limited at the end of World War One and was widely advertised and demonstrated throughout the year as the company’s new post-war model. It was much acclaimed by leading automotive magazines including The Autocar and The Motor and this unique prototype was then used for the model to go into production in 1920. The car was registered to a private owner in 1921 and following that was bought by 1966 by Whitakers Chocolatiers in Skipton and painted a ‘chocolate’ brown. The bodywork was then changed to green and black in 2003 and it was bought by the current owner in 2014.

Other cars in the section include a 1950 1600 cc Land Rover Series 1 which has been in its current ownership for the past 17 years. It was used for filming in the second series of Heartbeat and has an estimate of £14,000 – £16,000. There is also a 1967 Morris 1000 Pick-Up which has an estimate of £8,000 to £10,000. The sale will also include the only car built by the Manchester-based Belsize manufacturers in 1919. This car was test driven by all the motoring journalists at the time and used in all advertising and promotion, this is an incredibly rare car and was the only one to have been built by the company in that year, it has an estimate of £25,000 – £30,000.

Dominating the collectors’ items is The Pooley Collection, which could be set to make £65,000 in total. The collection, which was kept by a Mr Alan Pooley, a car body finisher from Norfolk, was amassed over 20 years. It includes over 60 restored and unrestored two-gallon petrol cans, over 250 early oil cans, oil pourers, cycle oilers and a petrol pump. This fresh to the market collection includes a number of rare examples, including a Racing Shell can which was only in production for one year in 1930 and is expected to sell for £400 – £600.

Oliver Godfrey, Director, Cheffins says: “We are looking forward to welcoming enthusiasts from far and wide for our fourth and final collective sale of 2021. This year has seen some stellar prices paid for classic and vintage tractors, with a number of record prices smashed as the market continues to go from strength to strength. This particular catalogue includes a whole host of desirable tractors, with both fully restored and project machines on offer. There is also a series of interesting classic vehicles and also motorbikes, and the Pooley Collection will be popular with the scores of petroliana collectors who are currently active in the market.”

The sale will welcome live bidding as well as bidding via telephone and online.

Tractors, cars and motorbikes could raise up to £1m in Cheffins October Vintage Sale

Segway break onto the ATV market