Farmers drove their tractors into the heart of London this week as part of a socially-distanced protest against the possibility of cheap food imports arriving in the UK. 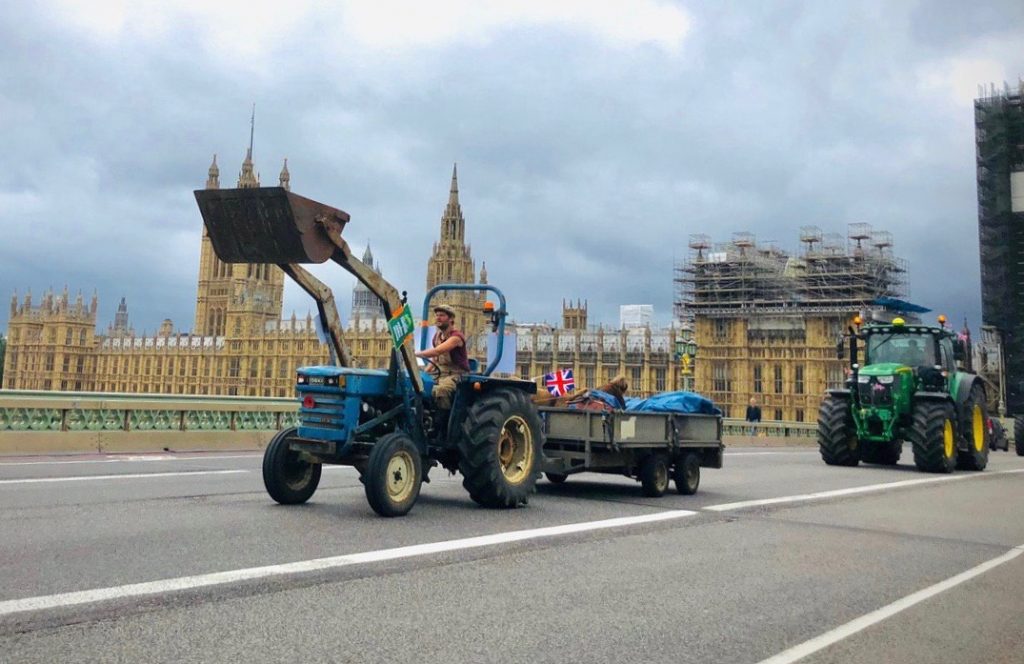 Farmers drove their tractors into the heart of London this week as part of a socially-distanced protest against the possibility of cheap food imports arriving in the UK.

The ‘tractorcade’ started at New Covent Garden Market at 1pm and concluded at Parliament Square for a final three loops in front of the Palace of Westminster, where supporters cheered them on.

Organised by campaign group Save British Farming, the protest was in response to mounting concerns that future trade deals, particularly with the US, could result in low quality food imports in the UK.

Concerns were fuelled when MPs rejected an amend to the Agriculture Bill, which is currently with the House of Lords in the process of becoming law. The amend would have enshrined in law the government’s promise to prevent food being imported that would be illegal to produce in the UK. 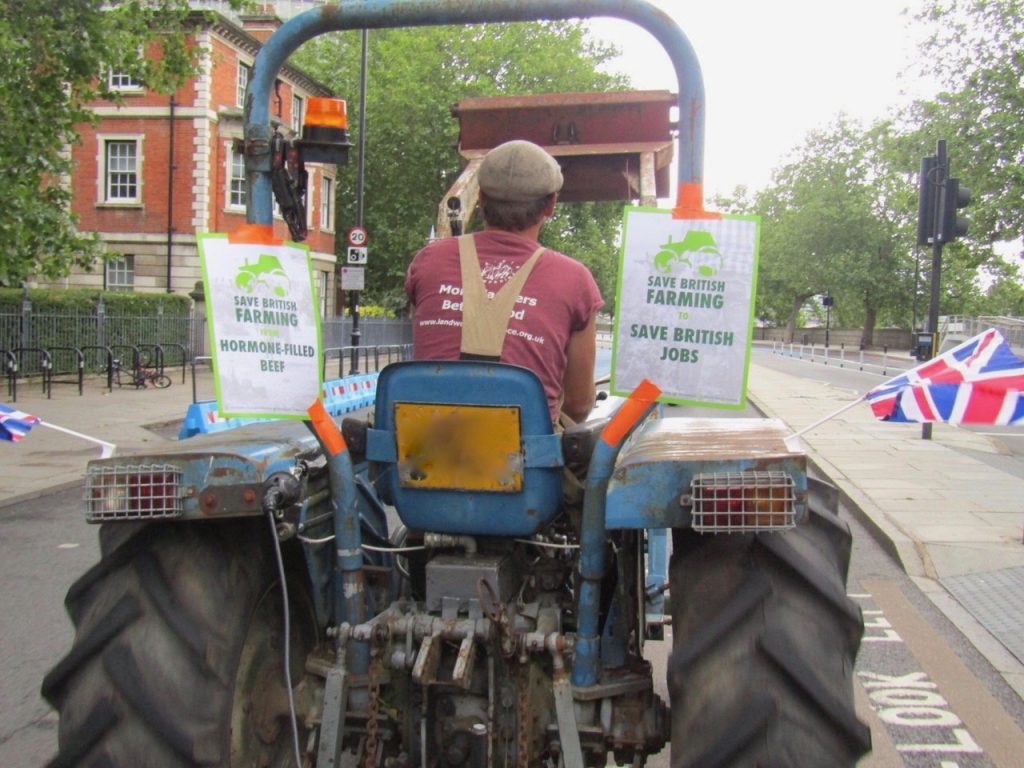 Event organiser Liz Webster said: “The Agriculture Bill is disastrous for British farming; it threatens the safety of our food and diminishes our food security. Imports from countries that are allowed to produce food with lower standards mean that British farmers won’t be able to compete and this will decimate our industry.

“Offshoring our food production half way across the world that will lead to further destruction of the Amazon rainforest and more food miles is a backwards and dangerous step.”

Bristol North West MP Darren Jones added: “We need to see an Agriculture Bill that protects our legal guarantees on animal welfare and environmental standards in future trade talks. Ethical, sustainable and competitive farming is something that farmers, consumers and animal rights activists all agree on.

“I hope that the Government listens to this shared call on Wednesday and places food security, animal welfare and net-zero targets as central to our agricultural strategy.”

Save British Farming is planning a summer of activities to campaign against low quality imports, including a letter-writing campaign, banners and a Harvest Festival.