Farmers could face uncontrollable fly populations and costly health issues in their livestock when the weather warms up, if they don’t get ahead and protect their stock now, experts are warning. 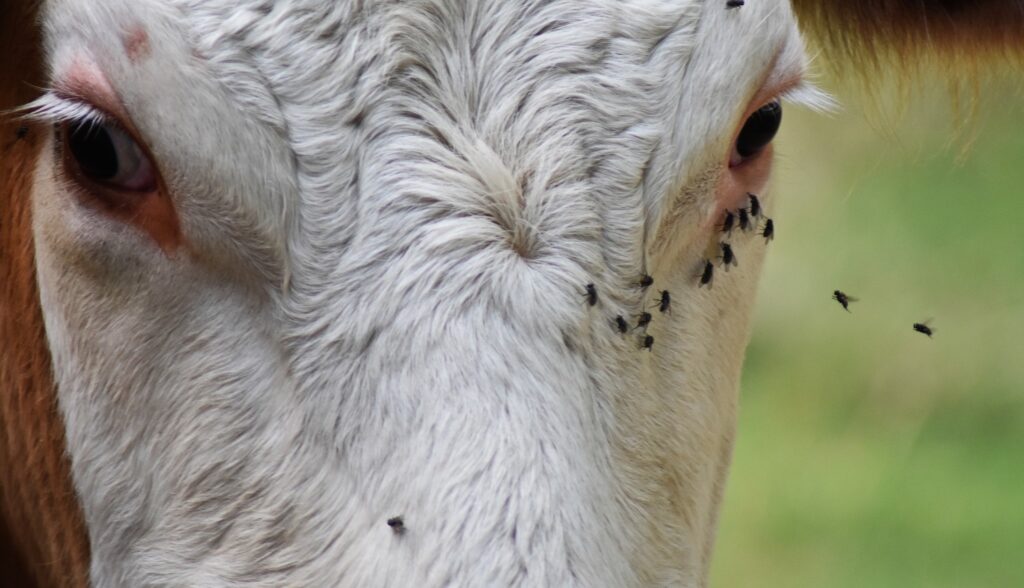 Recent cold weather has delayed flies from becoming a problem already this season. However, with temperatures set to hit the mid-to-late teens from this week, it is expected the fly population will multiply rapidly.

Vet Maarten Boers of the Livestock Partnership says it is important to ‘nip flies in the bud’ to keep them under control for the rest of the season. “Now is the time to treat animals before the weather warms and the population explodes. Control now will make it much easier for the rest of the summer,” he said.

Flies can cause serious diseases resulting in lost production and possible death. New Forest Eye caused by the bacterium Moraxella bovis is one of the major diseases transmitted by flies to cattle.

Mr Boers said: “We see a lot of cases of New Forest Eye each year, yet it is something we can prevent. Not only does it compromise animal welfare, but it also requires antibiotic treatment. With responsible antibiotic use something we should all be focussing on; we must prevent flies by using appropriate fly control early.”

Summer mastitis is spread by flies and can lead to animals being removed from production. Flies are also responsible for spreading the bacteria that causes warts, with consequences more severe than just cosmetic concerns.

Mr Boer added: “Many people think warts are only cosmetic, but if they are present on the teats a cow will become impossible to milk and may have to leave the herd prematurely.”

In sheep, flies can also cause devasting issues such as blowfly strike. Vet Ally Anderson from Zoetis, the makers of Dysect, Flectron Fly Tags and Fly & Lice Spot On, said: “Blowfly strike can occur rapidly, often taking sheep farmers by surprise. If an infestation is missed, it can cause intense suffering and even death.

“All of these fly-related diseases can be prevented by good farmstead hygiene and the use of fly control products early. Each product has different active ingredients, control periods and withdrawal times. It’s important cattle and sheep producers discuss insect control options with their vet or qualified animal health adviser to find the product most suited to their herd/flock.”

“Managing areas that can provide a breeding ground for flies such as dung heaps and pools of water can aid the situation. Car tyres used to weigh down silage clamps were found during Bluetongue to provide a good breeding ground for midges as they collect water, and the black rubber heats up.

“In addition, flies are more of a nuisance where stock are grazing taller grasses and areas where there are a lot of trees, so if you are grazing high-risk areas be extra vigilant and be on top of fly control,” he said.