A new report from the Food Foundation reveals that veg box schemes across the UK have doubled the number of boxes sold weekly as a result of coronavirus. 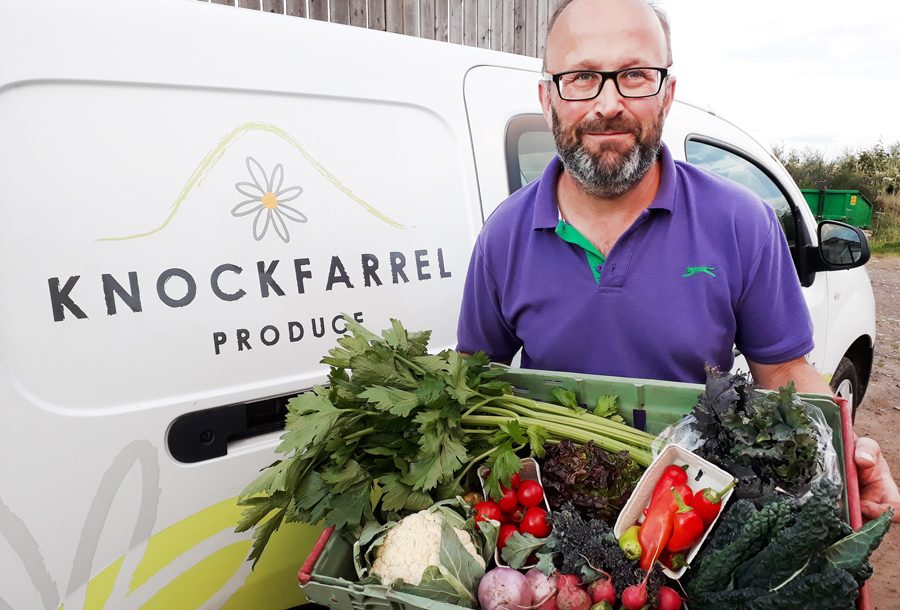 Box scheme businesses, like Knockfarrel Produce, are calling for a national, long-term vision for a sustainable food and farming system.

A new report from the Food Foundation reveals that veg box schemes across the UK have doubled the number of boxes sold weekly as a result of coronavirus.

Data gathered via online and phone surveys of 101 UK veg box schemes by the Food Foundation, the Banc CSA Network UK and Better Food Traders, shows that weekly sales of veg boxes have increased by 111% in the six weeks between the end of February 2020 and mid-April 2020. The highest rates of growth were seen by smaller box schemes (supplying up to 300 boxes per week) who grew sales by 134%.

With an estimated 500 veg box schemes operating in the UK (pre-COVID-19), a total of 3.5 million veg boxes are likely to have been delivered to households over the last six weeks.

More fresh produce could be provided with the right support, though: 82% of box schemes now have waiting lists and are closed to new orders, with the average waiting list numbering 160 people and the largest box scheme turning away 6,700 customers. If waiting lists were met and the customers being turned away were supplied instead, an estimated total of 5.3 million veg boxes could be supplied over the next six weeks.

65% of box schemes are actively prioritising key workers, the vulnerable or isolating by moving key workers and vulnerable groups to the top of waiting lists and prioritising them for orders and delivery. 10% of box schemes have created systems to help the economically vulnerable by offering cheaper boxes for those suffering financial hardship and giving members who can afford it the option of paying a little more to subsidise boxes for those struggling.

Fruit and vegetables are one of the only foods the government recommends we eat more of, but despite this fruit and veg production has received low levels of government support compared with other farming sectors for at least 17 years: DEFRA’s analysis of Farm Business Income (from 2014 to 2017) shows that government subsidy accounted for 10% of the income of horticulture holdings, versus 79% for cereal producers.

Veg box schemes businesses are calling for support in the form of small government grants so they can scale up to meet demand. This investment would help with staffing, infrastructure such as polytunnels, delivery vehicles, cold stores and packing houses and specific supplies for deliveries such as boxes, cleaning and personal protective equipment.

Box scheme businesses are also calling for a national, long-term vision for a sustainable food and farming system. With a move away from area-based payments to payments based on delivery of public goods as proposed in the Agriculture Bill which is being reviewed by parliament, it is hoped that small fruit and veg producers who run box schemes will experience a level playing field. In the meantime, new customers could consider supporting their box scheme long-term so they are there to supply fresh produce in local communities across the country in years to come.

Jo Hunt of Knockfarrel Produce said: “We need to earn more than £3.20 an hour for farming – we run a successful, fully subscribed veg box scheme with 85% of produce grown on our own farm, and 150 customers in remote rural areas. But we, the two farmers, are self-employed and earn only £3.20 an hour for our work. This is one third of the living wage, and we rely on benefits to top up our wages. The reasons behind this are many: small farm size; low food prices for imports; no farm subsidies; supermarket discounting and price competition; no charges for pollution in food production and transport, etc. Why are ‘key workers’ like us earning a third of the minimum wage? This income inequality needs to be addressed urgently. And until it is, very few farmers will want to move into local food production and increase the supply to meet rapidly rising demand.”

Julie Brown, director, Growing Communities, said ‘Farmers need to be able to plan ahead, create decent jobs, and continue their vital work farming in a way that is kind to soil, people and planet. Regular veg box subscriptions give them this stability. So we need veg scheme customers to stick with us for the long term.’

Sian Barlow from Banc Community Supported Agriculture (CSA) scheme said ‘Banc CSA is a not for profit social enterprise and it’s been a lot of work building it up, but I am grateful that we persevered because it means that we have been in a position to step up and help people out at a time of need’

Anna Taylor, Executive Director of the Food Foundation, said: “In a time of national crisis, fruit and veg producers running box schemes have provided a critical service to their customers and communities: we must ensure our agriculture policy, now and in the future, helps them get the investment they need as they play a vital role in supporting access to healthy produce as part of a sustainable food and farming system.”

Adam Payne from the Landworkers’ Alliance and Southern Roots Growers said: ‘Like many farms selling into local markets we have seen some of our wholesale markets collapse overnight and demand rocket for veg boxes and deliveries. To deal with this we have had to invest rapidly in additional infrastructure, labour and equipment without any security that this demand will stay. With all of these additional costs and disruption increased demand doesn’t mean we will make anything this year. We need government grants for the essential infrastructure to make sure that we can transition our business, supply people who need produce and remain afloat ourselves.’

Jean Bergin from Local Greens said: ‘Small not-for-profit companies like us have the flexibility to adapt without having to worry about keeping shareholders happy – Local Greens doesn’t have any pressure to make a profit, generating enough income to run the business and create local jobs is enough, because our priorities are to support our hard-working sustainable farmers, and to provide fresh fruit and veg to our fantastic local community.’ 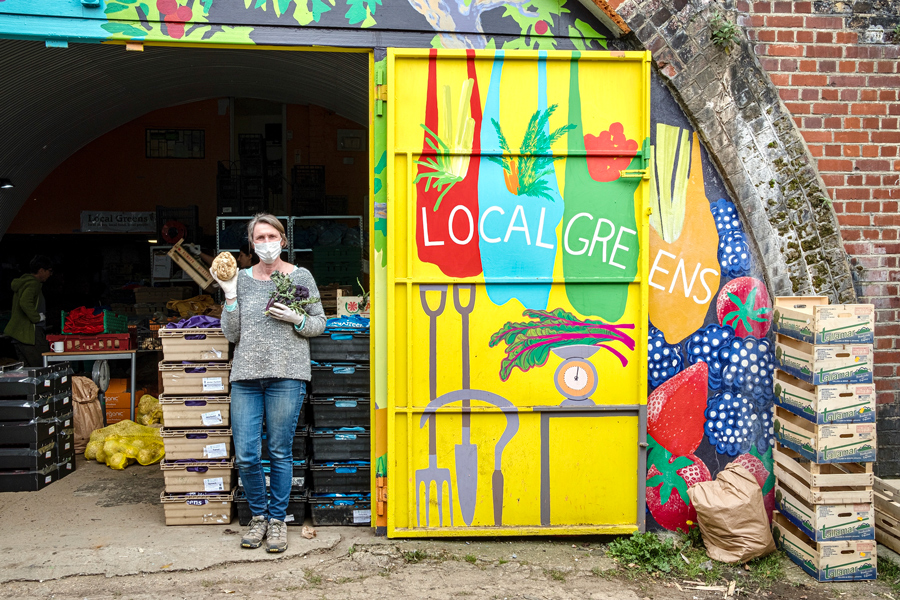