The 70th British National Ploughing Championships have been celebrated after a year’s delay, and were a great success according to the organisers, with thousands of people visiting the event held in Northumberland on the 9–10th October. 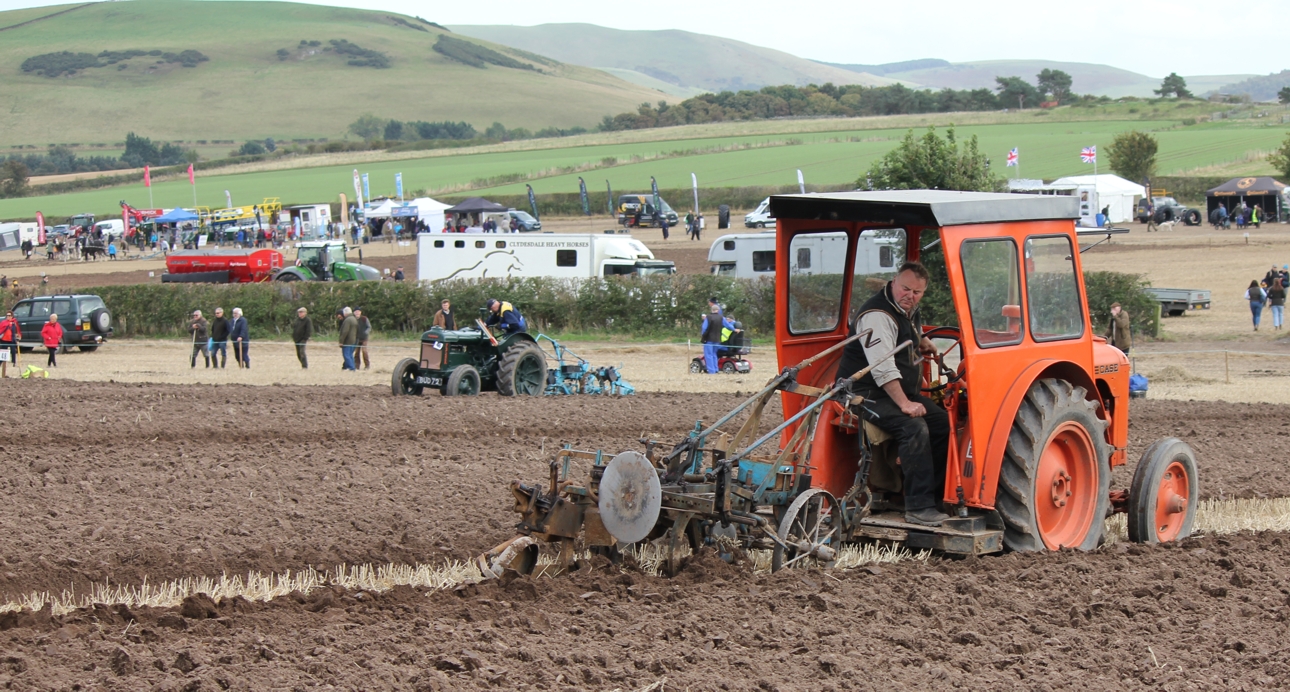 The site covered almost 300 acres in 14 different fields and was kindly loaned by D Harvey and Son. Visitors and competitors travelled from all over the country, but the event was especially important to locals as it is one of few shows being held in the area this year. The 70th anniversary show had been postponed for a year due to coronavirus, but the weekend allowed organisers and visitors to finally celebrate the milestone anniversary.

With the two previous Championship events ending in a good few inches of mud, the same fear came to organisers’ minds earlier in the week when torrential rain stopped all preparation on the site for a day. However, it dried well and everything went according to plan, and with mostly good weather over the weekend, it had made the hard land a little better to plough for the competitors.

Highlights of the day

First time plougher in the British Championships, Brian Baxter, from Forfar, Angus was the winner of the Reversible Final with 300 points, ploughing with a Massey Ferguson tractor and Kverneland plough.  He beat Peter Alderslade from Gateshead, Tyne & Wear by eight points, a good win as Peter has won the title eight times before. Alan Critchlow from Scropton, Derbyshire came third with 277 points. 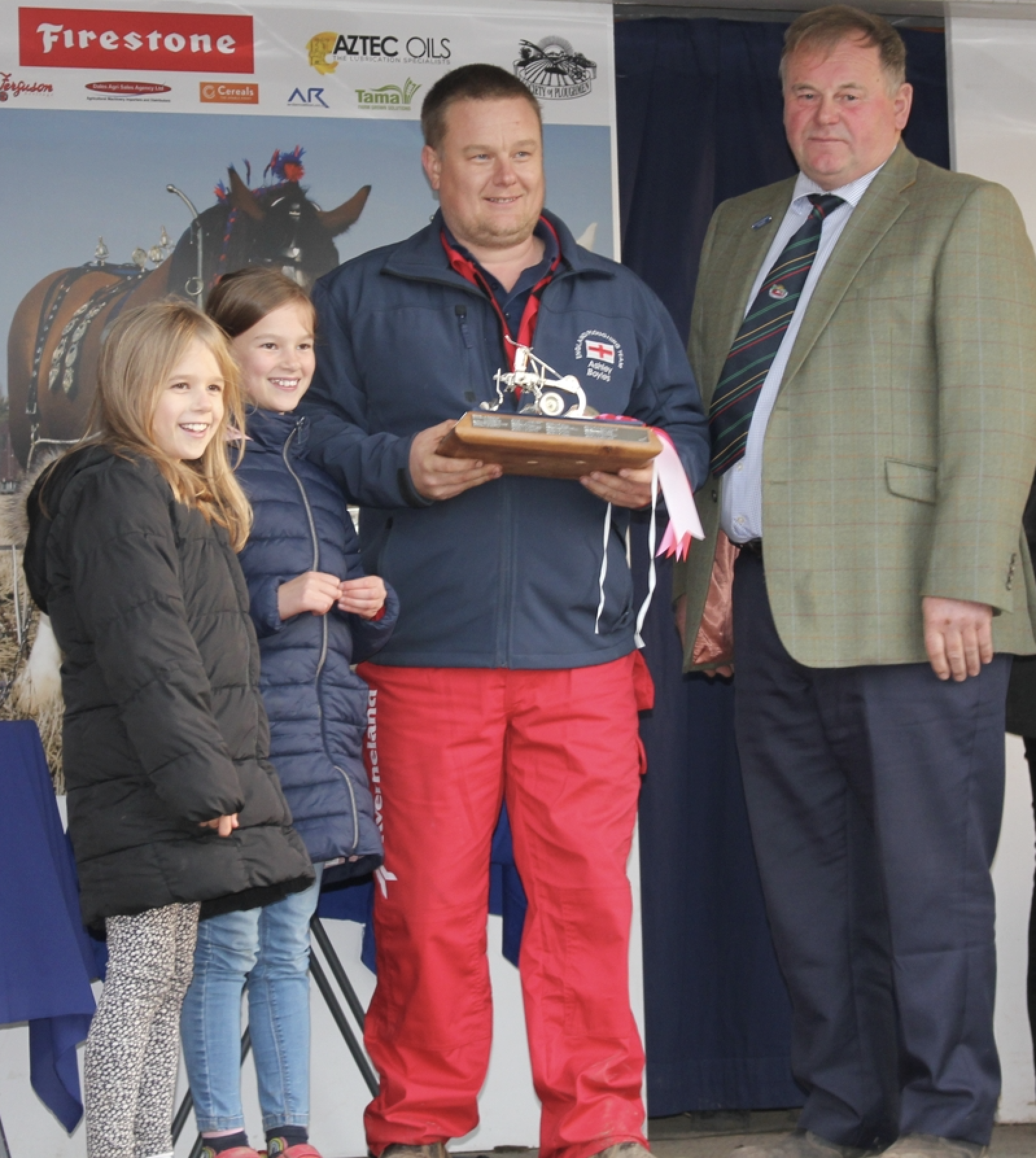 Ashley Boyles, winner of the Conventional Final Plough-Off with his daughters Pippa and Megan, receiving his trophy from the host farmer and President of the Society of Ploughmen, Ian Harvey.

Ashley Boyles from Market Rasen, Lincolnshire won the Conventional Final for the fifth time, also ploughing with a Massey Ferguson tractor and Kverneland plough. Ashley won by a whisker as he had amassed the same points as Stuart Vickers from Sarn, near Malpas Cheshire. They both had 258 points, but rather than a tied place there is a ‘countback’ system in place where the aspects are worked back in a certain order to find the winner. Ashley won by having higher points in the general appearance of his ploughing. In third place, 12 points behind was Evan Watkin from Newtown, Powys who was unable to keep hold of the title he had won in 2019.

The Vintage Trailing Plough-Off Final was won by another Lincolnshire man, John Crowder, who lives at Sturton by Stow, near Lincoln, ploughing with a Fordson N tractor and Ransome RSLD Major plough. With 251 points, he had a 10 point lead from past British, European and World Vintage Ploughing Champion, John Milnes, from Penistone, South Yorkshire, who in turn was 10 points ahead of Trevor Johnstone from Wigton in Cumbria.

In the Vintage Hydraulic Final, Charlie Nicklin from Congleton, Cheshire used his Massey Ferguson 35 and Ransome TS54 with great effect to gain 258 points, three points ahead of Richard Ingram from Atherstone, Warwickshire who had been the reigning champion. In third place was John Sivewright from Blairgowrie, Perthshire with 238 points.

David Thomlinson from Escrick, near York retained his title when he won the Classic Final for the second time. David was driving a Ford 3000 tractor pulling a Ransome TS86 plough and he received 248 points, giving him a four point lead from Mac Simpson from Garstang, Lancashire.  In third place was David Hankey from Wrexham. 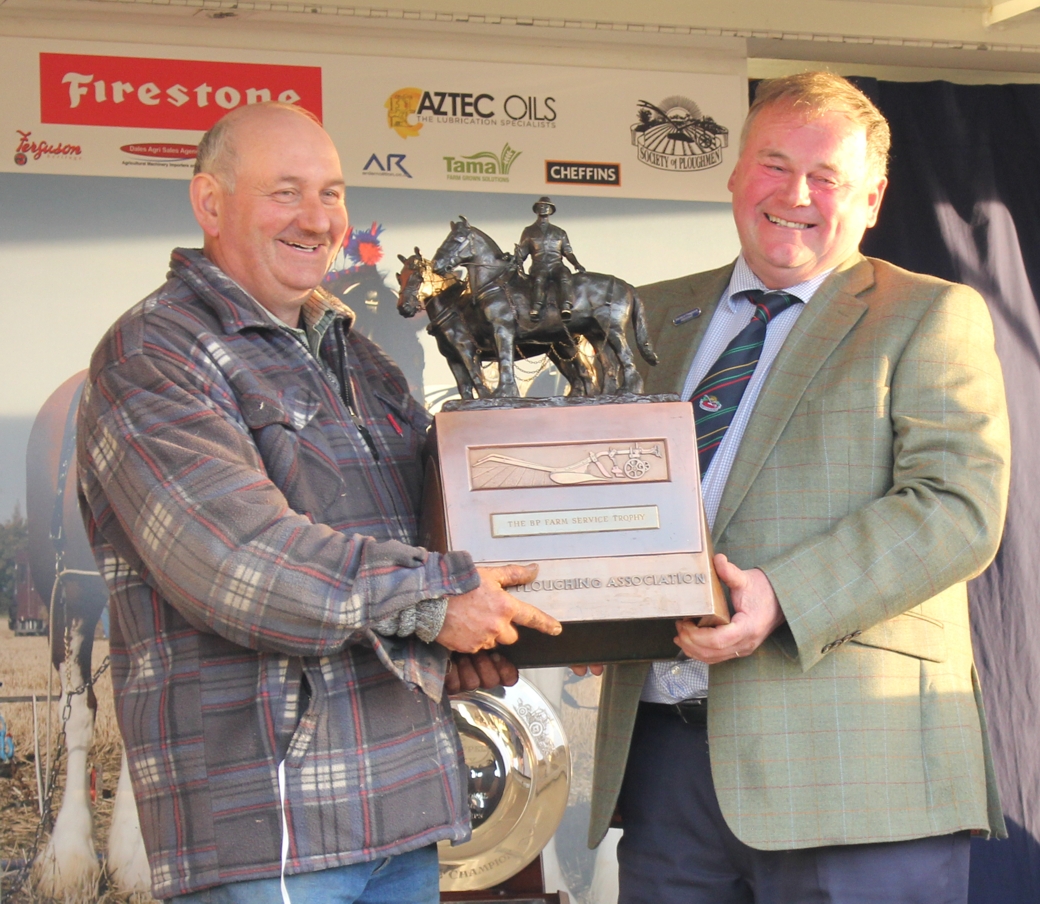 The scores over the two days are aggregated to find the Champions for the Horse Ploughing and the High Cut Tractor Ploughing. The first was won by Jim Elliott from Maud, Aberdeenshire who was ploughing with Tom, a Shire X and Pat, and Irish Cob. Second place went to Martin Kerswell from Fordingbridge, Hampshire with his younger brother, David, from Buckfastleigh, Devon in third place. The High Cut Tractor ploughing champion was Ray Alderson from Darlington, County Durham, ploughing with a Ford 3000 and a Ransome RSLD No. 9 plough. Second place went to John Saunders from Carlisle, Cumbria.

The plots of the winners of the five Plough-Off Finals, the High Cut tractor champion and the Horse ploughing champion are then judged to find the Supreme Champion and this award was given to Ashley Boyles, who has won the title previously in 2017.

National and local companies exhibited with a wide variety of trade stands and there was also a new machinery demonstration area covering over 40 acres and an area featuring stationary engines, vintage tractors and equipment. Four Fowler BB engines were working, two named ‘Aries’ and ‘Libra’ owned by Stephen & Anne Kearton were ploughing, followed by ‘Tiger’ owned by Paul Marriott and ‘Master’ owned by A & AA Cook who were demonstrating steam cable cultivation.

Commenting afterwards, Sue Frith, chief executive of the Society of Ploughmen, organisers of the Championships, said: “We would like to say a huge thank you to the Harvey Family for providing a site in such a picturesque part of the country.  We were made to feel so welcome by our hosts and the local people and there was a wonderful atmosphere over the two days. Our sponsors were extremely supportive and our volunteers worked tirelessly for a week behind the scenes to ensure our visitors would have an enjoyable weekend, which I think they did!”

Full results can be found on www.ploughmen.co.uk or requested from the Society of Ploughmen on 01302 852469. 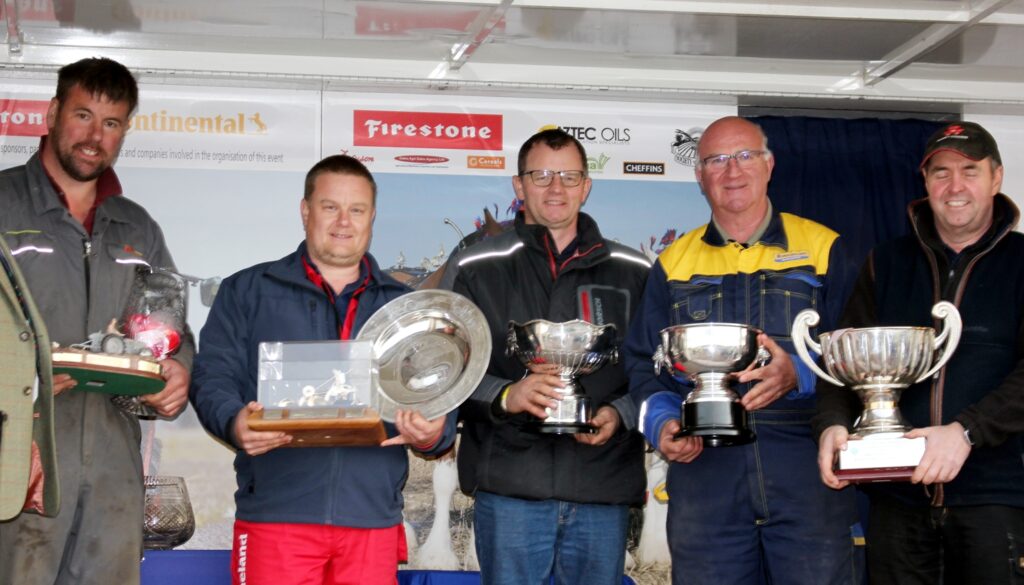