Erosion of resistance genes is a major concern, and with a declining plant protection toolbox, scientists, breeders, agronomists and farmers are working together to try to catch a moving target. Farmers Guide spoke to an agronomist, a breeder and a researcher to find out what is being done to help the industry – Heather Briggs reports. 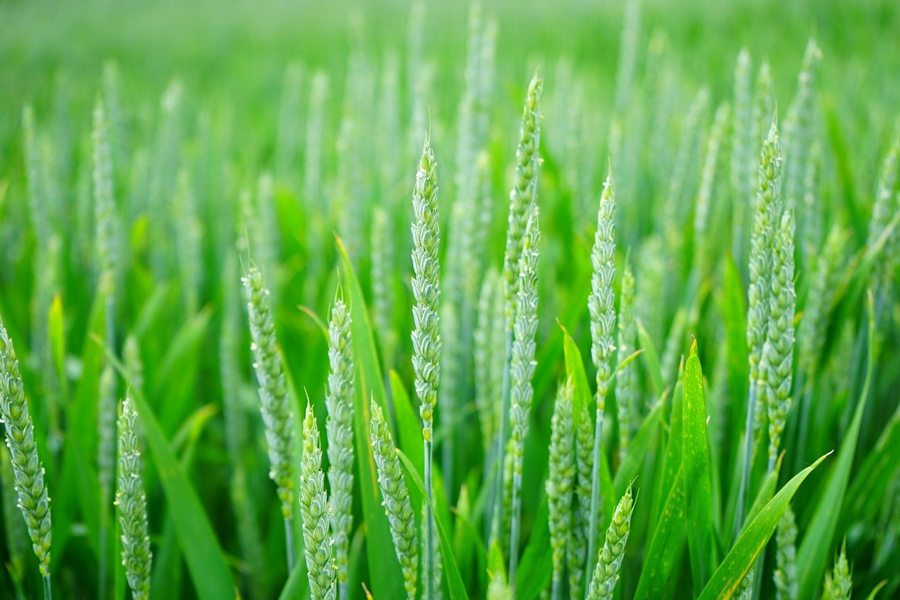 Genetics are leading the way towards helping growers tackle a range of pests and diseases which can impact yield and quality. The goal is multiple resistance through different genes, so that even if the pathogen evolves, it will be less likely to break resistance.

But it will never be a one-horse race, as there are so many desirable characteristics that growers and their customers demand, so breeders never target just one trait, says RAGT Seeds breeding pathologist, Dr Ruth Bryant (pictured). 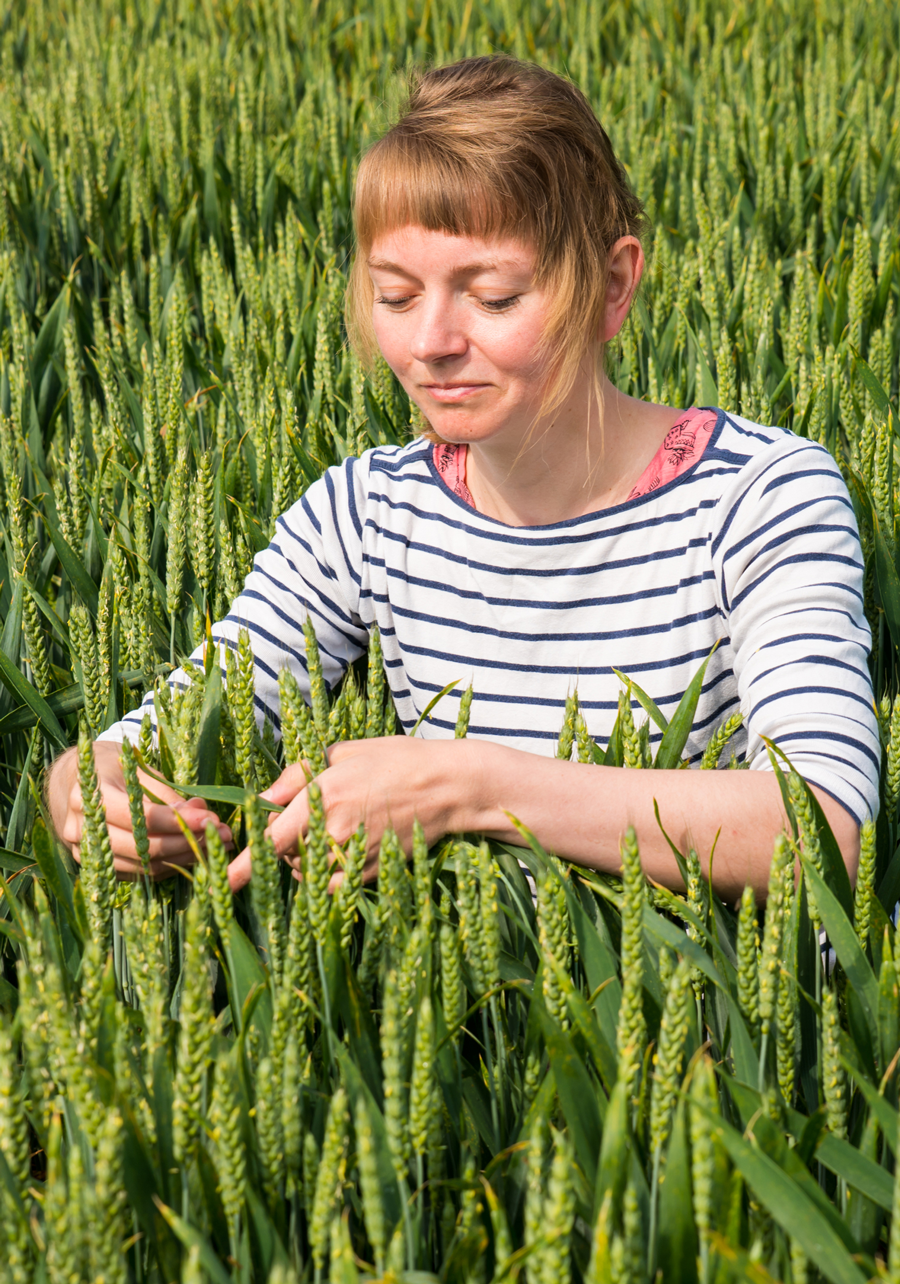 Research is teasing out which genes are responsible for lower disease levels and whether they impact on yield consistency, crop resilience, enhanced resource efficiency and quality, to offer
growers of the future access to better elite varieties.

This is thanks to a greater understanding of the genes conferring improved disease resistance, from ground-breaking research done at centres such as the John Innes Centre, which has created a breeders’ toolbox.

Information is passed on to the breeding companies, who use the information to develop commercial varieties incorporating resistance with other necessary characteristics, such as yield and quality.

Getting genetics right can be complicated. One of the first tasks is to genetically locate where the resistance is, and apply DNA markers, Dr Bryant explains.

A recent success story was the introduction of winter wheat variety RGT Wolverine, which has multi-strain resistance to barley yellow dwarf virus (BYDV).

Taking readers a step back, Dr Bryant reveals that part of her work is screening lines from exotic locations to see if they have resistance to diseases such as yellow rust.

“Different resistance genes can sometimes be found in varieties bred overseas and also in older landraces, and these can provide important information,” she says.

The question is whether they are worth adding to the breeding programme.

“Once you have identified and assessed them, you have the first building blocks to start to build stacks of complementary resistant genes. Some of these are now working their way through into commercial lines.”

But further challenges remain, as effective resistance genes sometimes come with undesirable characteristics for commercial varieties, so these need to be ‘cleaned’.

Wheat varieties with durable resistance to disease such as rust are increasingly important to the industry because of reduced numbers of active ingredients from conventional plant protection products available.

While this is currently more of a problem with septoria tritici, Dr Bryant draws attention to concerns that yellow rust may follow the same pattern.

Moving on to talk about the durability of resistance, she emphasises the importance of using different genes conferring a broad spectrum of resistance.

“We have found regional differences in susceptibility or resistance can vary quite considerably, so we are collecting data and working across lots of sites not only here in Britain but also with our European partners in France and Germany.

“Collecting and analysing information from different areas will help us move towards better and better varieties, so growers can obtain good yields in difficult seasons when disease pressure is high as well as when conditions
are favourable.” 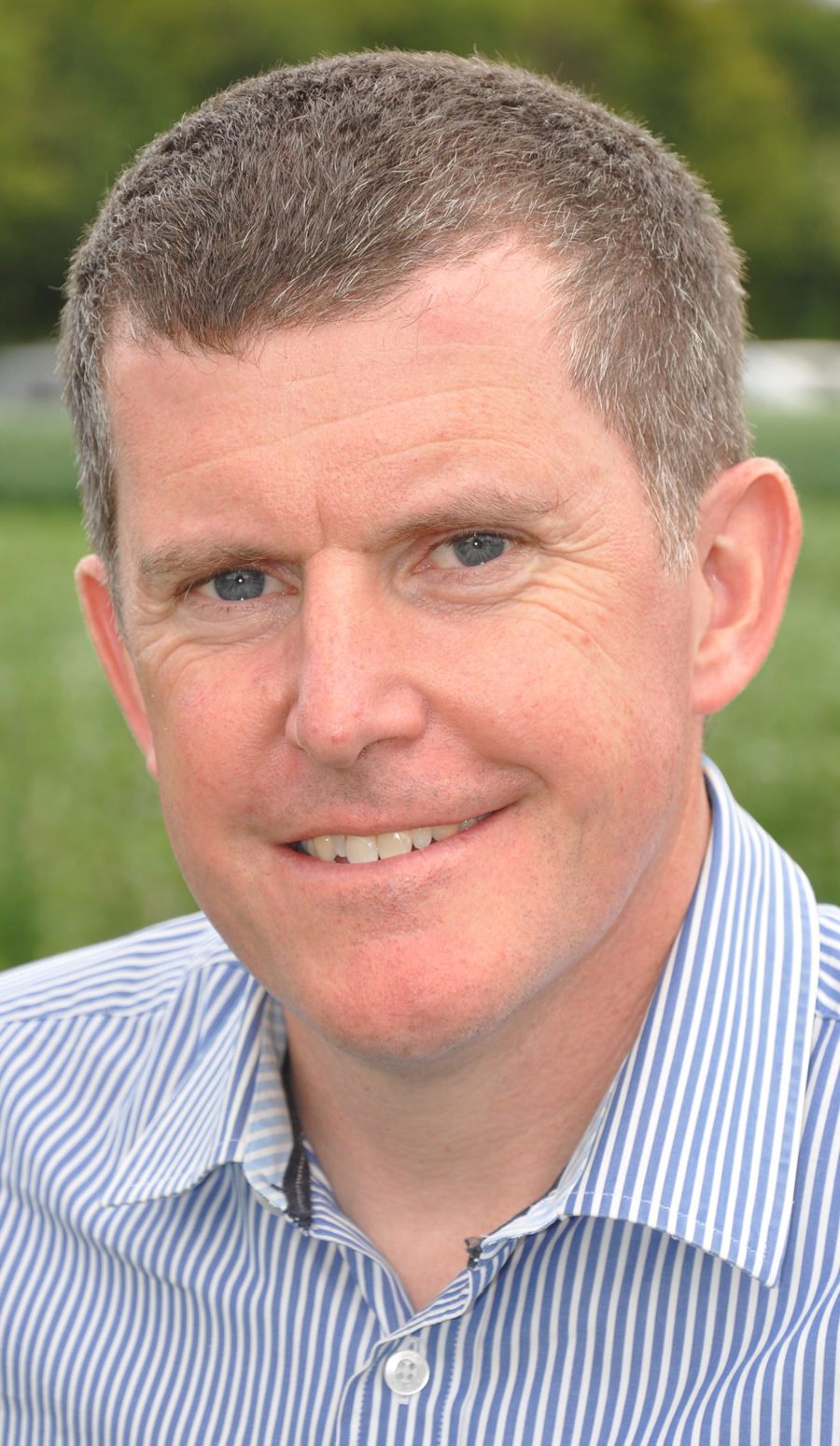 Research and development of resistant varieties is vital to the industry and everyone has an important part to play, says ProCam head of crop production Mike Thornton (pictured).

Feedback to the breeders is key; that way, they learn if there are problems with a particular variety, which might be standing as a parent for newer varieties.

Mr Thornton is keen to point out: “Recommendations on paper are very useful, but also knowing whether the characteristics work as well at commercial level in the field is key.

“Of course, the traits are not always passed down into the daughter varieties, but if breeders receive the right feedback and information they can assess any potential risks.”

One of the main challenges of yellow rust is its rapid mutation within a season, so despite AHDB Recommended List (RL) ratings, he advises growers to monitor crops carefully.

“The RL ratings are based on rust resistance at the adult stage of the plant, which means that you can see incidence on seedlings and juvenile plants.”

Choice of variety to grow is about more than simply rust resistance, and may well depend on other factors such as resistance to orange wheat blossom midge (OWBM) and barley yellow dwarf virus (BYDV) in addition to options such as available drilling slot, maturity dates, and market conditions.

“One of the benefits when you grow a number of varieties with different ratings is that you can schedule work so that the most susceptible are the first to be sprayed.

“But if you find juvenile rust in the crop, where you don’t expect it, it can make these choices more difficult, and getting round the whole crop in a timely manner on a large farm can be very difficult.”

Once rust gets into a crop, causing loss of green leaf and the plant’s ability to photosynthesise, there will be an impact on yield. “When it happens at adult stage, by which time you have paid most of the fixed and variable costs, this then hits the all-important profit margins.

Fortunately, he adds, fungicides work at both preventative and curative levels on brown and yellow rust. “But you must never become complacent, as weather conditions and the speed of pathogen’s lifecycle could result in mutations impacting on fungicide efficacy.” 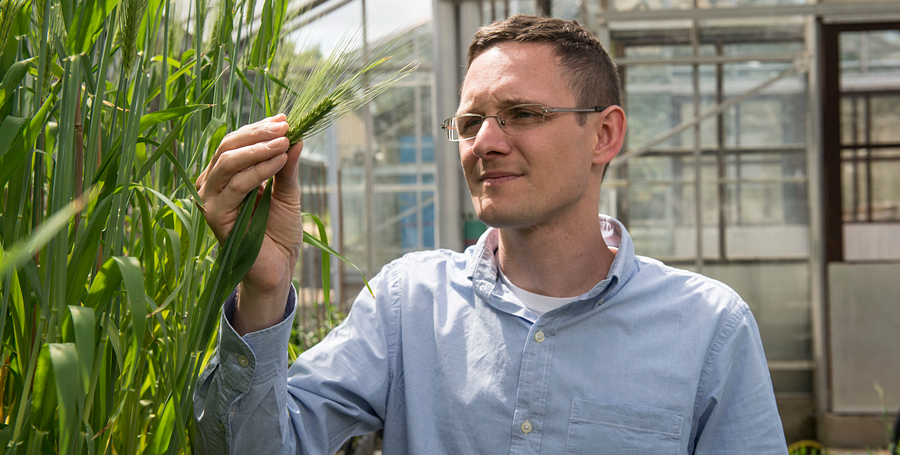 Pathogens can only infect a small number of plants and many are unable to infect even those that are closely related, such as wheat and barley, explains Matt Moscou (pictured above), group leader at The Sainsbury Laboratory.

This begs the question of why the resistance of non-susceptible plants is durable and does not break down.

Dr Moscou says: “For example, powdery mildew on barley is unable to grow on wheat, so this raises the question; could we put the non-host gene from barley into wheat?”

Geneticists have previously put barley chromosomes into wheat, but none conferred resistance, he reports.

Research in Dr Moscou’s group has discovered some of the ways that resistance can be turned off when transferred into wheat.

“Pathogens actively attempt to evade detection and suppress the plant’s immune system so that they have access to food and can reproduce.

“This means that non-host resistance (plants that the pathogen does not infect) is based on the plant’s own immune system working well for that particular pathogen.”

Pathogens that are successful, therefore, have adapted to be able to enter that particular type of plant; and some are capable of accumulating multiple mutations within a short time frame.

Yellow and brown rust are difficult to deal with, as they reproduce quickly, producing up to 10,000 copies of themselves in just two weeks, he says. There are times when a new race of pathogen hits crops, creating a moving target.

This happened with the Warrior race of yellow rust, which knocked out the narrow resistance in many of the wheat varieties on the AHDB RL.

But even this did not affect barley, so Dr Moscou has been looking at the future of introducing targeted genes in barley and other grass species into wheat.

“We have found that barley has a naturally-occurring stacked resistance of three genes that protect it from wheat yellow rust. All three genes encode plant immune receptors, which recognise certain proteins from the pathogens. Two of these resistance genes were already transferred into wheat.”

This could have been the game changer. But things do not always work out as expected, and when chromosomes containing these two genes were transferred into wheat, they were not expressed.

Dr Moscou says: “This is due to the way the wheat genome is structured, so we have had to engineer strategies to promote expression of the gene. This is even more difficult than making the discovery.

Discovering how to reactivate them will be difficult.

“Through this work, we started an entirely new area of understanding how to activate resistance that is lying dormant in the wheat genome.”

The ability of a plant species to mount a defence against a certain pathogen.