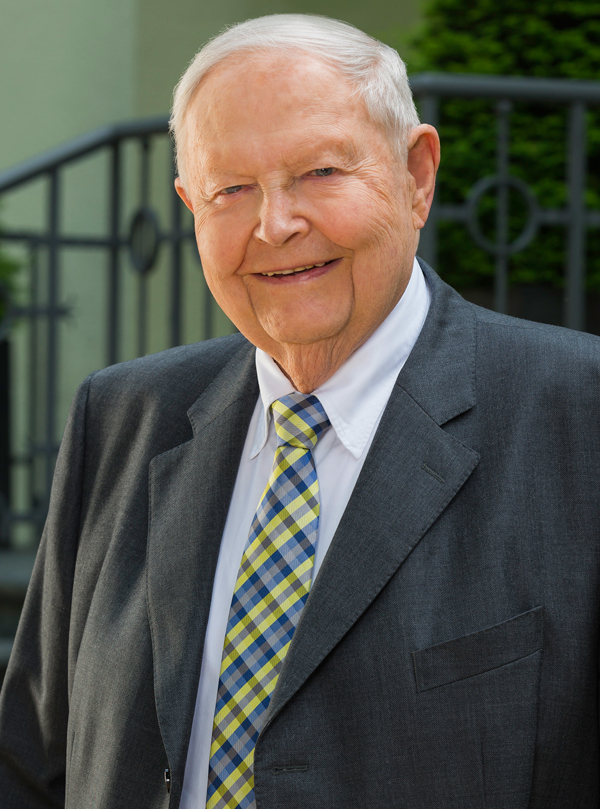 Helmut Claas was born in 1926 in Harsewinkel, Germany. His parents, August and Paula Claas, managed a small agricultural machinery firm with a workforce of around 100. He completed an apprenticeship as a machine fitter after graduating from school. Practical experience followed in metalworking firms, and further practical training in casting. After a complementary study of agriculture in Paris, he took over the planning and establishment of a CLAAS distributor in France, which now operates as CLAAS France SAS. He joined his parents’ family firm in Harsewinkel in 1958 where he applied himself initially to his particular area of expertise – engineering.

In 1962 he was made Managing Director. Helmut Claas accepted the position of Personally Liable Partner when the company was reconstituted as a general partnership in 1978. In 1996, as part of the restructuring of the firm into a joint-stock company, he changed from the role of Managing Director to the position of Chairman of both the Supervisory Board and the Shareholders’ Committee.

His special focus was always on developing pioneering products and mass-producing them economically. During his era, following the success of the combine harvester model DOMINATOR, came the completely new combine harvester design, the LEXION. Also, the JAGUAR forage harvester and the large tractor XERION were developed under Helmut Claas, author of the success story.

In 2003 he succeeded in taking an important step towards the company’s future as CLAAS took over the complete tractor business from Renault Agriculture in France. Internationalisation continued to progress with the establishment and expansion of production sites in Russia, the USA and China.

Four internationally renowned universities in Hungary, United Kingdom, Bulgaria and Germany awarded honorary doctorates (Dr. h. c.) to Helmut Claas. It was in 2000 that he received the honorary title of ‘Doctor of Agricultural Science’ and an Honorary Senator title in 2004 from the University of Stuttgart-Hohenheim.

In June 2009 the Goryachkin University in Moscow bestowed an honorary professorship upon him. Also in 2009, Helmut Claas was made a Knight of the French Legion of Honour in recognition of his efforts as a pioneer of Franco-German cooperation. In November 2013, Helmut Claas was finally inducted into the Hall of Fame of American Equipment Manufacturers (AEM). An important highlight was the awarding of the Diesel medal by the German Institute of Inventions in 2017.

Personal awards, such as honorary citizenship of his home town of Harsewinkel, Germany, the Medal of Merit of the German state of Baden-Württemberg, as well as the Order of Merit of the French Agriculture Minister, rounded off his life’s work. 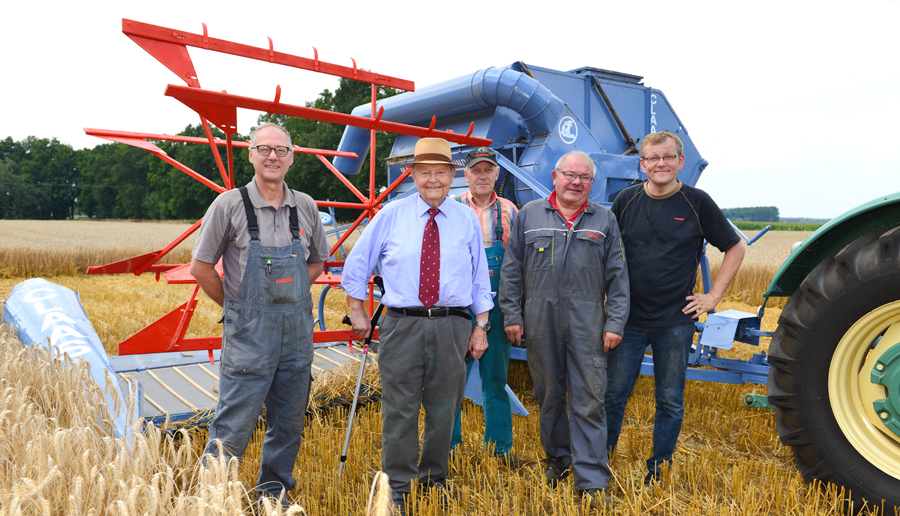 A 75-year-old mower-thresher-binder has been restored in 2014. The task force with Helmut Claas, from left: Ernst Reineke, Helmut Claas, Ludger Weber, Bernhard Laumann and Martin Beckmann.

Helmut Claas was first and foremost a farmer. He ran a farm in East Anglia and often stayed there with his wife, Erika. He enjoyed keeping in touch with farmers in the neighbourhood and took a keen interest in issues concerning agricultural firms. He also had a passion for hunting.

And he had long since taken care of the ongoing development of the family business, as the next generation has already taken over the running of the CLAAS Group. Today, consequently, his daughter, Cathrina Claas-Mühlhäuser, manages the decision-making and development of the successful group of companies.

The death of Helmut Claas leaves behind a space in the world of agricultural technology that cannot be filled. His family, all the shareholders, the Group Executive Board, and the staff are mourning the passing of a great personality and will continue to develop the CLAAS Group as he would have wished. 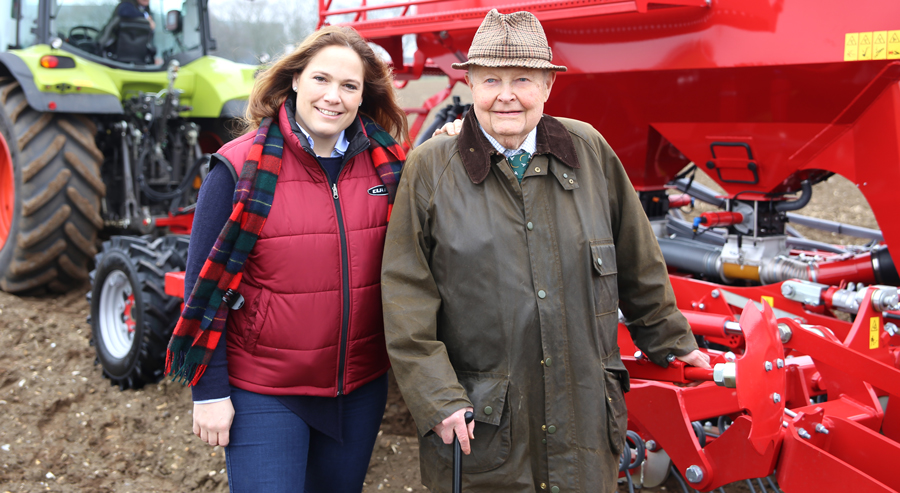 Machinery editor David Williams photographed Helmut Claas and Cathrina Claas-Mühlhäuser on their family farm in East Anglia a few years ago, during an interview with Farmers Guide.