Breedr, the free herd management app for farmers, has traded more than £1.85m worth of cattle since launching its trading platform just four months ago. 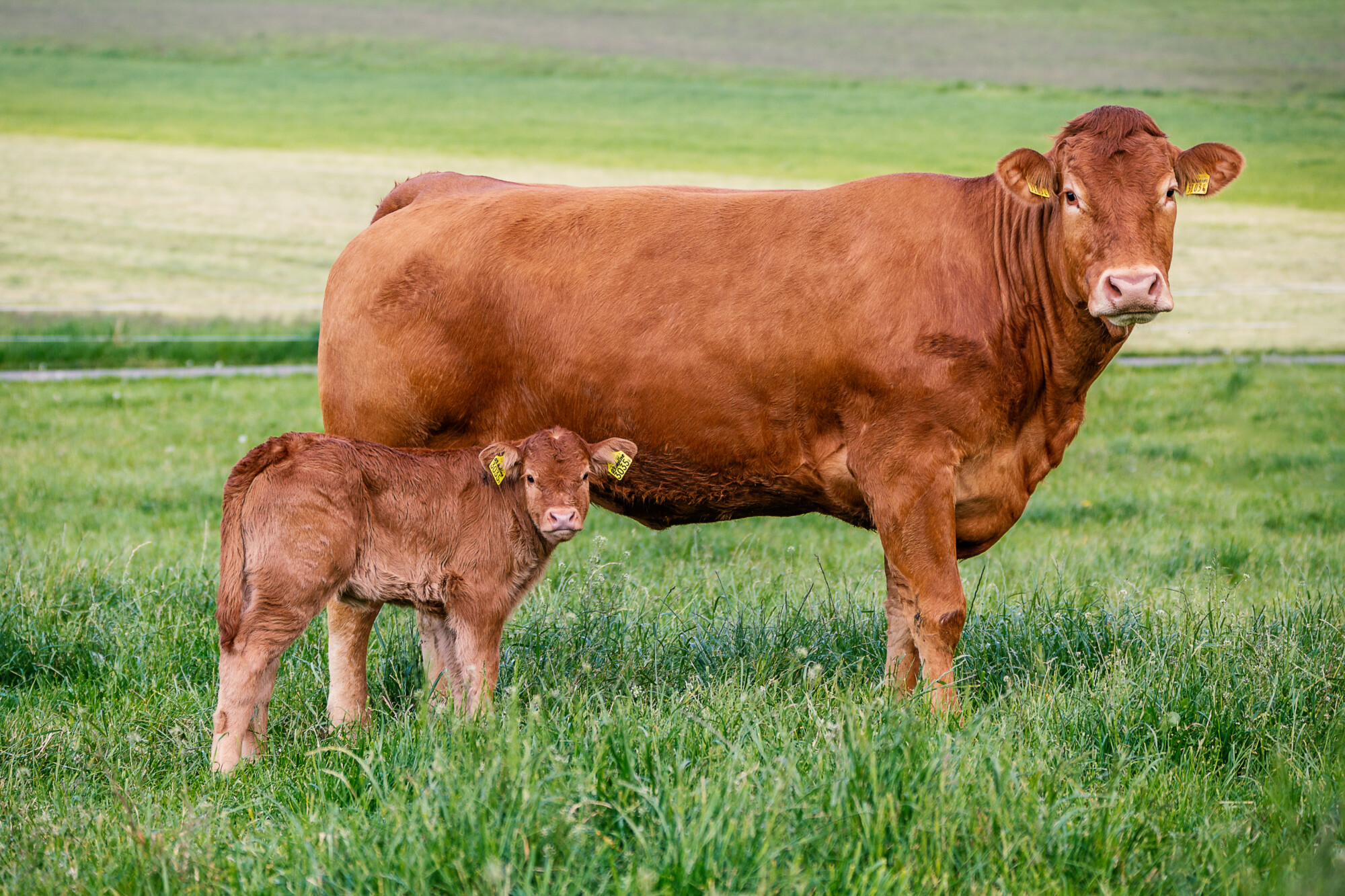 In an incredibly short space of time farmers have sold 2,912 cattle; 2,475 of liveweight trades and 437 deadweight. “We are delighted that farmers are finding it so easy to buy and sell through the app,” says Breedr founder Ian Wheal. “Feedback has been incredibly positive, with sellers enjoying the speed and ease of selling stock and purchasers buoyed by the confidence that buying based on actual weights gives.”

The app enables farmers to list their stock for sale, complete with their movement history, weights, growth rates, medicine usage and photos. On average, vendors have received 99.7% of their asking price and have sold within five days of listing. The average lot size is 14 head, commanding £11,530 – and stock range from weaned calves to stores and finished cattle.

Tom Samuel, who buys and sells about 750 head of cattle a year at South Lendon Farm near Exeter, Devon, recently listed a group of 46 steers and heifers on the app and sold them within days. “The cattle were collected within a week, the customer was delighted with them, and Breedr paid directly into my bank within 72 hours – it was so easy,” he says.

Even better, he had no haulage to pay, no time wasted, and – for his first three trades – no commission paid. “I had 50 new cattle waiting to come into the sheds, and it was an excellent process for the buyer as it’s totally fair and transparent on weights. They knew what they were going to get.” 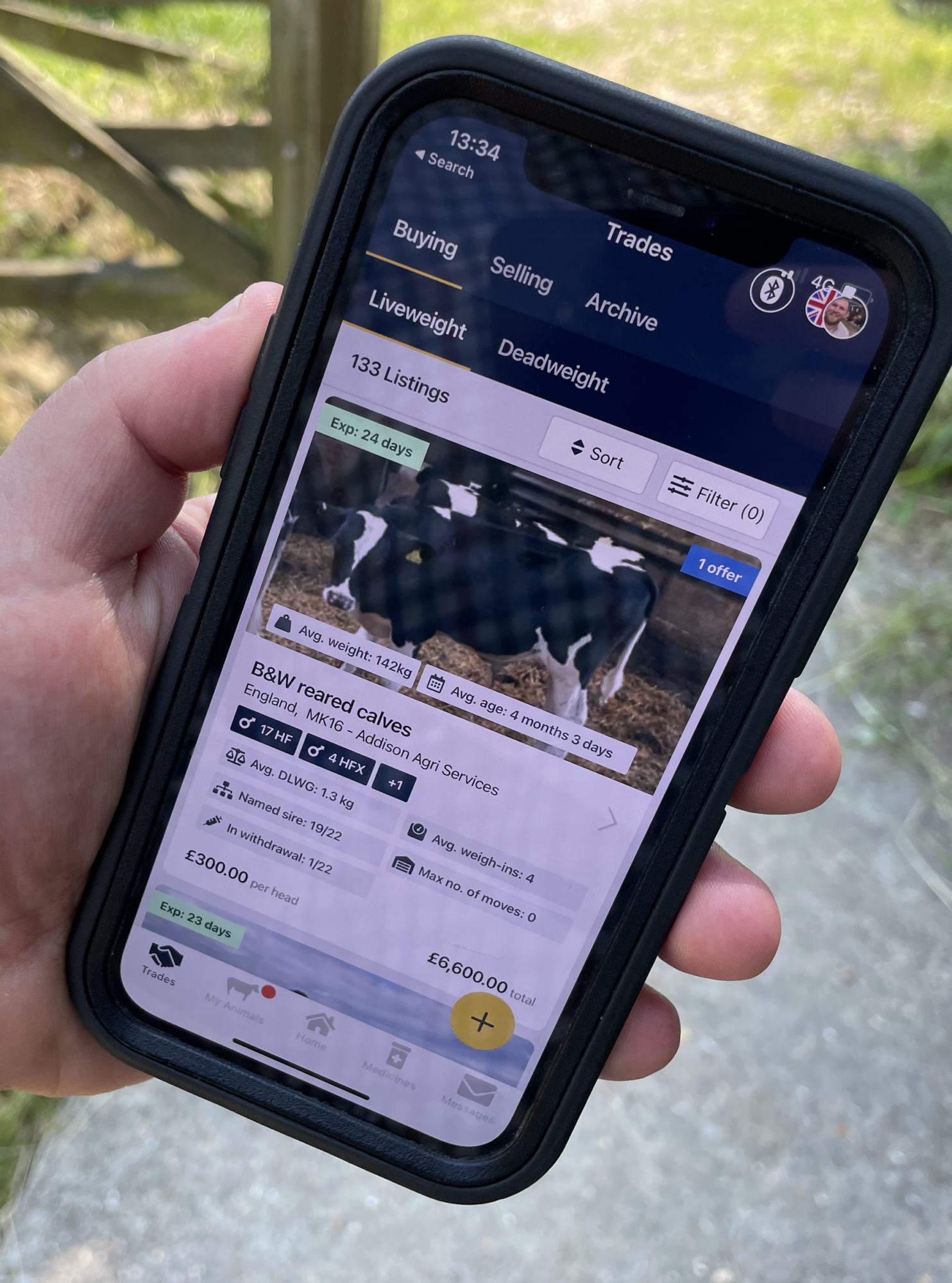 Cheryl Reeves rears 600-700 Belgian Blue, Aberdeen Angus and Friesian calves a year at Woodcroft Farm, Wrexham, Shropshire, and has found the time saved from selling through the app to be a real bonus given her additional off-farm job. “It’s just really quick; putting up an advert takes 15 minutes at most. And it’s great not having to take a day off work, go to market, come back and wash the trailer out. It’s so worthwhile having the customer or their haulier come here to collect instead.”

Chris Sharpe – who farms at Steepleton Lodge Farm, West Haddon, Northamptonshire – bought 20 calves from Mrs Reeves through the app, and has now established a regular supply from her. “We have a glamping site, so we sell our beef to visitors for BBQ, as well as to local people and restaurants. Through Breedr I can buy from known and trusted sources.”

Having that confidence in prospective purchases has been extremely valuable to Dan Hutton, who keeps 150 cattle at Church View Farm, Brampton, Cumbria. He recently bought a batch of 18 Charolais and Simmental cattle from Scotland, something which would typically take weeks.

“It would normally take a month to get that many, but the trade was all done and dusted in half an hour,” he says. “The time it saves is unbelievable. And without doubt, knowing the weight of the livestock gives you much more confidence in buying. All the information you could want is right there in front of you.”

Lois Black, near Greenock, outside Glasgow, has been using the Breedr app since October to help monitor weight gain in her herd of 70 Simmental, Shorthorn, and Angus cattle, and is now selling them using the online marketplace.

“Using Breedr has changed my life,” she says. “It used to be that the dealer would come and we’d have a look at the animal, guess the weight and then negotiate a price. But when I started weighing my cattle, I realised they were heavier than I thought, so I could sell them for more. I’ve sold 24 cattle so far on Breedr and got around £100 a head more than usual, so it’s made quite a big difference to my income.”

Around 3,000 buyers and sellers are currently registered to trade through the app, and the first three trades are commission free until October. With supply likely to increase through August, now’s the time to list cattle for sale and benefit from current buoyant pricing and demand.

Mastitis: How to implement an effective hygiene programme