Better to be less rigid about handling

After operating a succession of traditional telehandlers since the early 1990s, a Suffolk estate opted for a change when updating its machine last year. Following on-farm demonstrations of several alternatives, the decision was made to invest in an articulated telescopic. 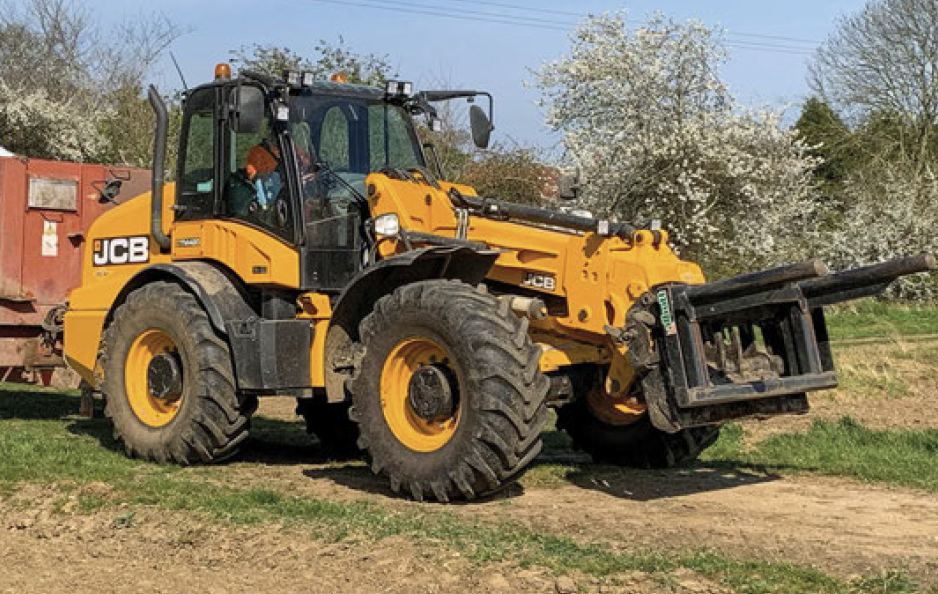 After operating a succession of traditional telehandlers since the early 1990s, a Suffolk estate opted for a change when updating its machine last year. Following on-farm demonstrations of several alternatives, the decision was made to invest in an articulated telescopic. David Williams visited the farm to see if the change is proving a success.

Rougham Estate Farms, near Bury St Edmunds, comprises approximately 1,100ha of arable cropping across three sites including owned and contract-farmed land, and some on a stubble-to-stubble agreement.

Crops include combinable cereals – wheat, barley, rye and oilseed rape – as well as sugar beet and cover crops planted after autumn-harvested crops. Farm manager Simon Eddell has prioritised soil improvement in recent years with an ambitious programme of eld ditch and drain maintenance, and incorporation of large amounts of organic matter including cover crops, farmyard manure, digestate and sludge. Full-time staff include Simon and three machinery operators, with additional labour brought in for harvest. The machinery fleet includes three main tractors, a self-propelled sprayer and a combine, and an all-terrain handler which is used almost every day.

Work for the farm’s handler is mainly manure heap construction and loading, moving cereals into and out of store, and transporting and loading fertiliser and seed in bulk bags plus some pallet work. “In recent years our manure handling and re-handling has increased as we have more ‘straw for muck’ agreements with local livestock producers,” explained Simon. “We rent out approximately 10ha for pigs which are finished in tents, supplying the straw and receiving manure in return. There is also a beef producer on the estate with who we also swap straw for muck, and we buy in chicken manure, too.”

With little time available during and immediately after harvest, manure is heaped infields in the spring, ready for application. As soon as the straw is cleared from the fields, spreaders are hired in for application.

For the past eight years, a JCB Loadall 531-70 performed all the handling tasks, but when it was due for updating last autumn, Simon and his team looked at alternatives. “We got on well with the Loadall and received good support from G&J Peck, our local main dealer,” said Simon.

“But we felt we should check what the competition was offering and consider alternative designs.”

“We don’t often require the long reach of a larger handler,” commented Simon. “But what we needed was extra traction plus plenty of lift capacity and break-out force, mainly for handling manure safely at low level. The outdoor pigs leave a deep layer of wet litter and achieving the traction to push and load it was always a problem for the Loadall. I spoke with a dairy farmer friend in Northern Ireland who suggested that farmers in his area handling manure had moved to articulated loaders for the extra ground clearance, manoeuvrability and traction, so we looked at these, too.” Demonstration machines of several brands were trialled, including the latest JCB Loadall from G&J Peck.

The dealer also supplied a TM420 telescopic wheel loader which spent four days on the farm. “They were all assessed for their manure handling ability as that is a key handling task for us,” continued Simon, “but the TM420 was a clear winner, impressing everyone who used it. Its appearance suggests it’s much bigger than a Loadall but it’s actually little different, plus it feels nimbler and requires less manoeuvring space.